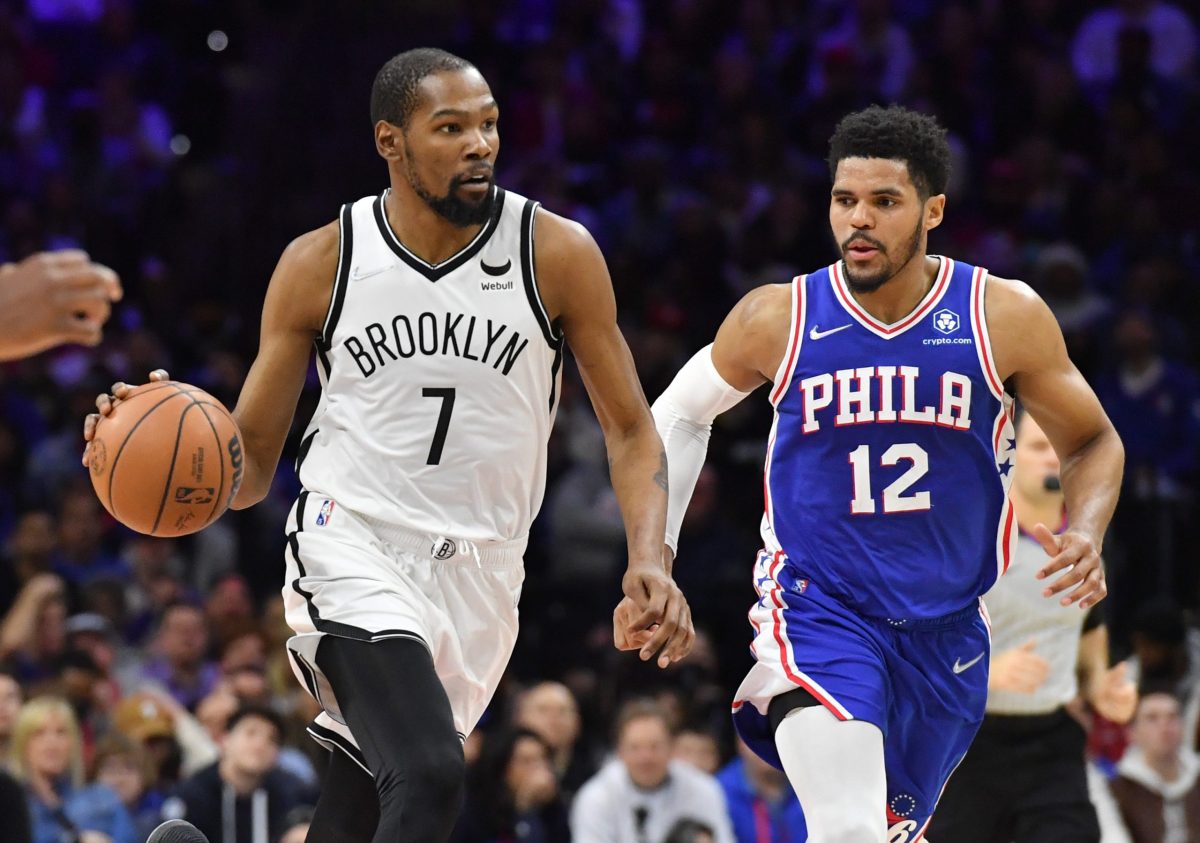 According to a recent report, individuals with power within the Philadelphia 76ers organization have interest in trading for Brooklyn Nets superstar forward Kevin Durant.

“Something worth noting: As of earlier this week, there were high-ranking members of the Sixers who’ve felt strongly about engaging with Brooklyn on a Durant trade,” Ian Begley of SNY.tv reported.

A large number of teams have already reportedly expressed interest in Durant. The two-time NBA champion requested a trade from the Nets earlier this summer.

One interesting tidbit to note is that if the 76ers were somehow able to trade for Durant, it would likely mean another reunion for him and former teammate James Harden.

Harden and Durant first played together as members of the Oklahoma City Thunder early in their careers. They briefly teamed up on the Nets before Harden was moved from Brooklyn to Philadelphia last season.

Though it is interesting to note that Philly has interest in the star, it’s hard to imagine what kind of package it’d put together to land him.

That is especially true if one assumes that both Harden and superstar Joel Embiid are off the table.

Only time will tell if the rumors materialize into something more concrete.