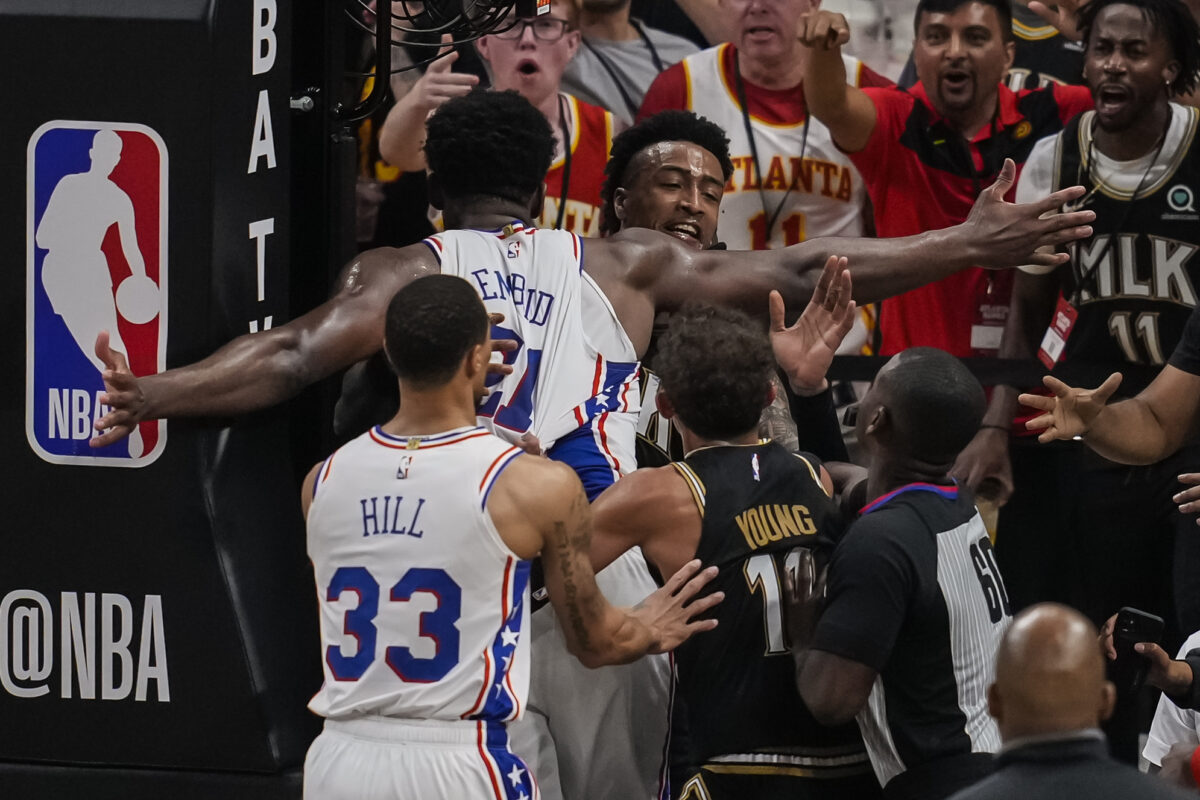 It was announced Sunday that Philadelphia 76ers superstar Joel Embiid had been fined $35,000 for his altercation with Atlanta Hawks big man John Collins in Game 6 of their second-round playoff series.

76ers‘ Joel Embiid has been fined $35,000 by NBA for altercation with Hawks‘ John Collins in Game 6. Atlanta's Bruno Fernando suspended one game for running onto court.

In the incident, Embiid appeared to trip over Collins underneath the basket after Embiid committed an offensive foul. The two then exchanged words, and Embiid got in Collins’ face before repeatedly bumping into him. Collins eventually fell down, and security had to intervene.

The situation could have gotten much uglier, but it was diffused before it turned into anything more.

With everyone focusing on tonight’s decisive Game 7 between the 76ers and Hawks, it’s hard to imagine that any of the involved players care much about the disciplinary measures at this point.

Bruno Fernando, who appeared in just 33 games this season for Atlanta and averaged 1.5 points per contest, was suspended for one game for leaving the bench during the incident. His suspension won’t mean much as it pertains to the outcome of the series.

It will be interesting to see if any bad blood carries over into tonight’s game.

With so much on the line, players will have to keep their emotions in check.