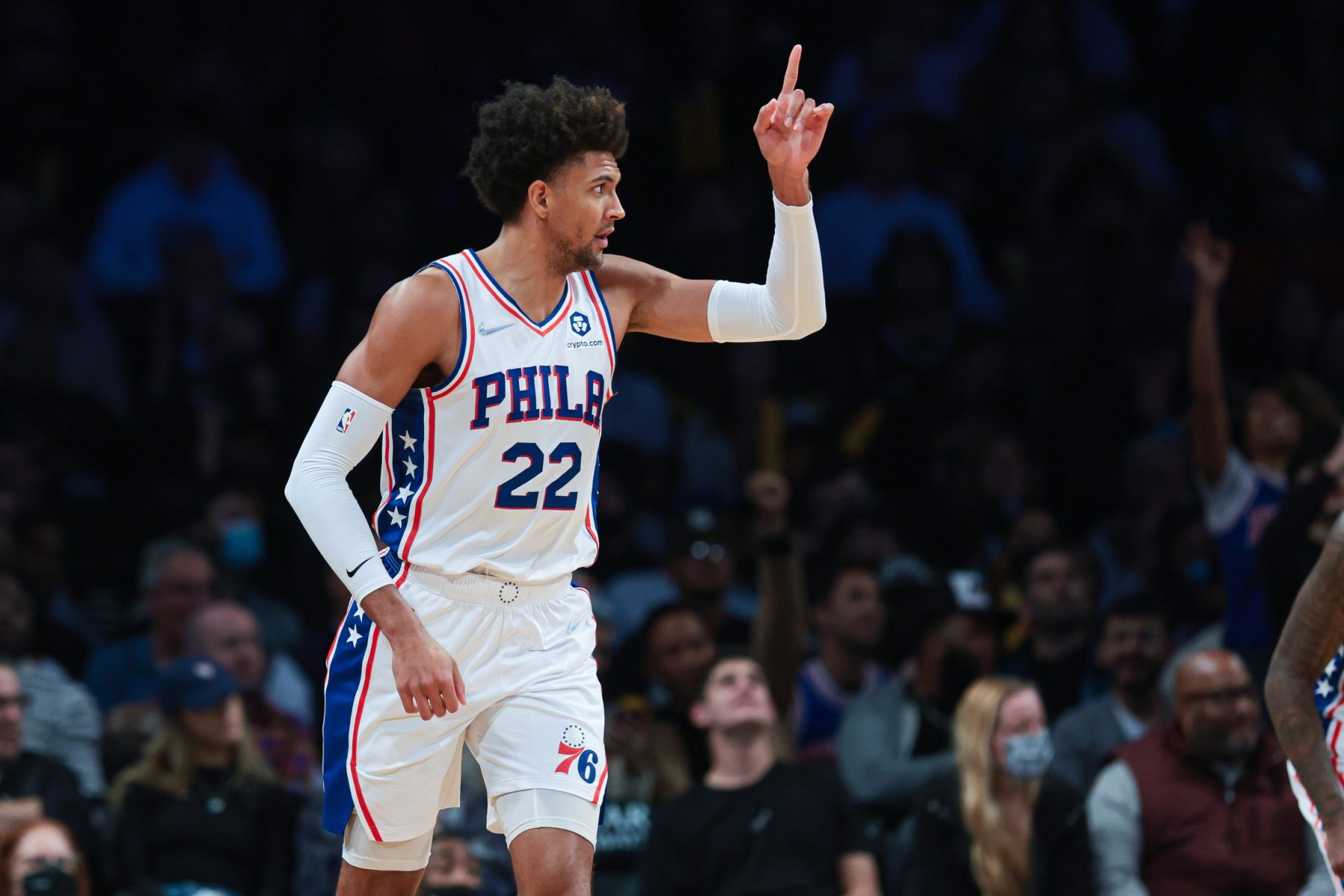 Philadelphia 76ers guard Matisse Thybulle reportedly is “close to being untouchable” in any trade talks.

The Philadelphia Inquirer‘s Keith Pompey explained that the Sixers would be reluctant to deal Thybulle in any trade, especially with the Sixers looking to move on from Ben Simmons.

“Another source said the Sixers haven’t received a formal trade offer at this time,” Pompey wrote. “The source added that none of those talks have involved Thybulle or any of the Sixers’ other young players. Speaking of Thybulle specifically, the source added the second-team All-Defensive selection is close to being untouchable.”

Thybulle, the No. 20 pick in the 2019 NBA Draft, is currently dealing with a shoulder strain and has missed the Sixers’ last two games.

However, when healthy, Thybulle is one of the best defenders in the NBA.

The Sixers clearly love Thybulle’s ability as a defender, as he has averaged 1.8 steals and 1.1 blocks per game this season.

Since Simmons has yet to play for the Sixers this season, Thybulle has been the team’s top perimeter defender and is an integral part of the rotation.

The team likely considers him untouchable because losing both Thybulle and Simmons would be a major blow for the Sixers defensively going forward.