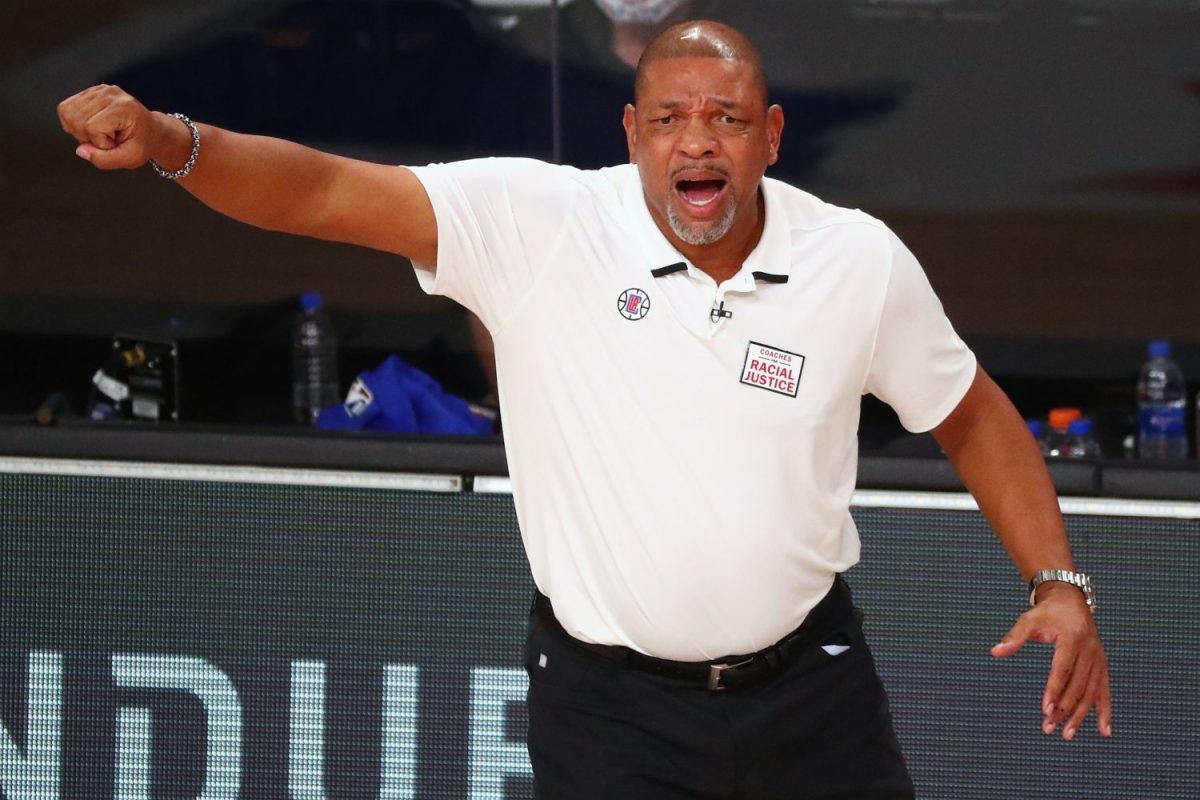 Philadelphia 76ers head coach Doc Rivers is in his second season with the team, but he reportedly may not have a ton of support in the locker room.

According to NBA insider Wosny Lambre, some players aren’t “feeling” Rivers and his coaching style.

“I’m hearing guys are not feeling Doc,” Lambre said. “And his rotations, his philosophy, what he’s doing — guys aren’t feeling it.”

Lambre also said that he ran into an individual close to the team who wouldn’t pick the Sixers to reach the NBA Finals this season.

That’s not ideal for Rivers or Philly, as the Sixers took a big risk at the trade deadline this season by acquiring James Harden from the Brooklyn Nets in a deal that included Ben Simmons and Seth Curry.

Despite having superstar talent, Philly is in the No. 4 spot in the Eastern Conference and is coming off of a dreadful loss to the Detroit Pistons on Thursday. In that game, the Sixers were outscored 29-15 in the fourth quarter and lost by eight points.

After the loss, Rivers seemingly called out Harden.

Doc Rivers didn’t blame the bench unit for the 76ers' loss to the Pistons.

While Rivers helped the Sixers earn the No. 1 seed in the Eastern Conference last season, it appears that he may not be the perfect coach to lead Philly to a title.

It will be interesting to see how the Sixers fare this postseason and if it changes the way players feel about Rivers.