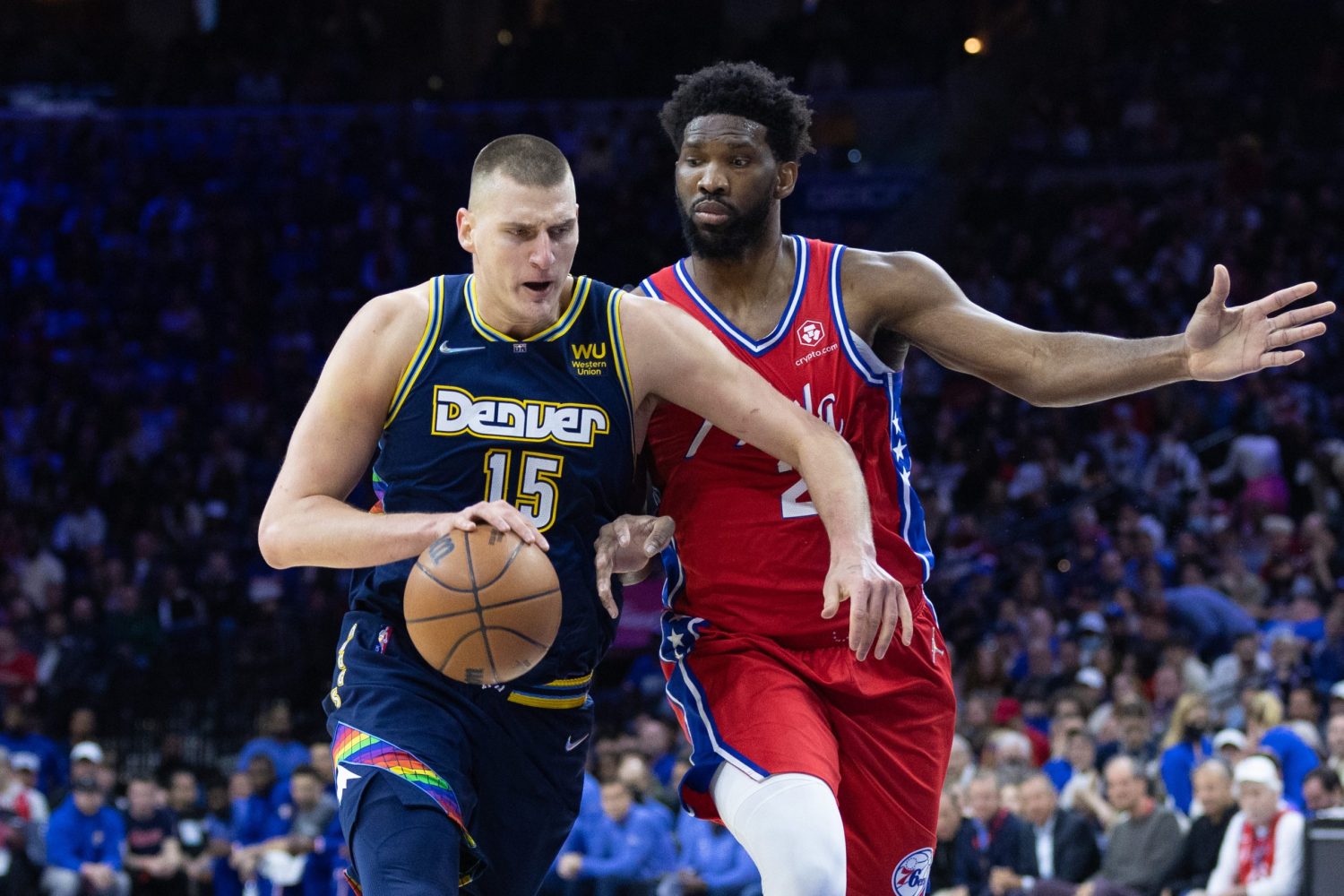 Last season, Denver Nuggets star big man Nikola Jokic earned the second MVP award of his career, and while there are few who doubt that he deserved the award, Philadelphia 76ers star Joel Embiid was also a serious contender up until the very end.

Both Embiid and Jokic are considered to be two of the best big men currently playing in the league. While Jokic’s two MVP awards would indicate that he reigns supreme, Stephen A. Smith recently made it clear that he actually believes that Embiid is more talented.

It’s an interesting differentiation to make, but it does make a lot of sense. Jokic is one of the most productive players in the league today thanks to his ability to score, crash the boards and distribute the rock.

There are many that believe that Jokic is already the greatest passing big man of all time, as he continued to dish out many dimes last season.

Last season, he averaged 27.1 points, 13.8 rebounds and 7.9 assists per game. He’s an incredibly unique player and will surely be in the Hall of Fame one day.

As for Embiid, he sometimes does things on the court that no 7-footer should be able to do. He has a gracefulness on the offensive side of the ball that is awe-inspiring. In a playoff game last season, Embiid put an exclamation point on a contest versus the Toronto Raptors by winning the game on a last-second fadeaway 3-pointer.

Fans may be used to seeing guards like Stephen Curry or Kobe Bryant hit those shots. It’s another thing entirely when the shooter is a giant of a man.

He’s also a dangerous defender, as he averaged 1.5 blocks and 1.1 steals per game last season.

But it is his offense that truly takes the cake. He became the scoring champ last season after averaging 30.6 points per game. He added 11.7 rebounds and 4.2 assists per contest as well.

Either way, Jokic and Embiid are both incredibly special players. It will be interesting to see if the two battle it out once again for the 2022-23 league MVP.