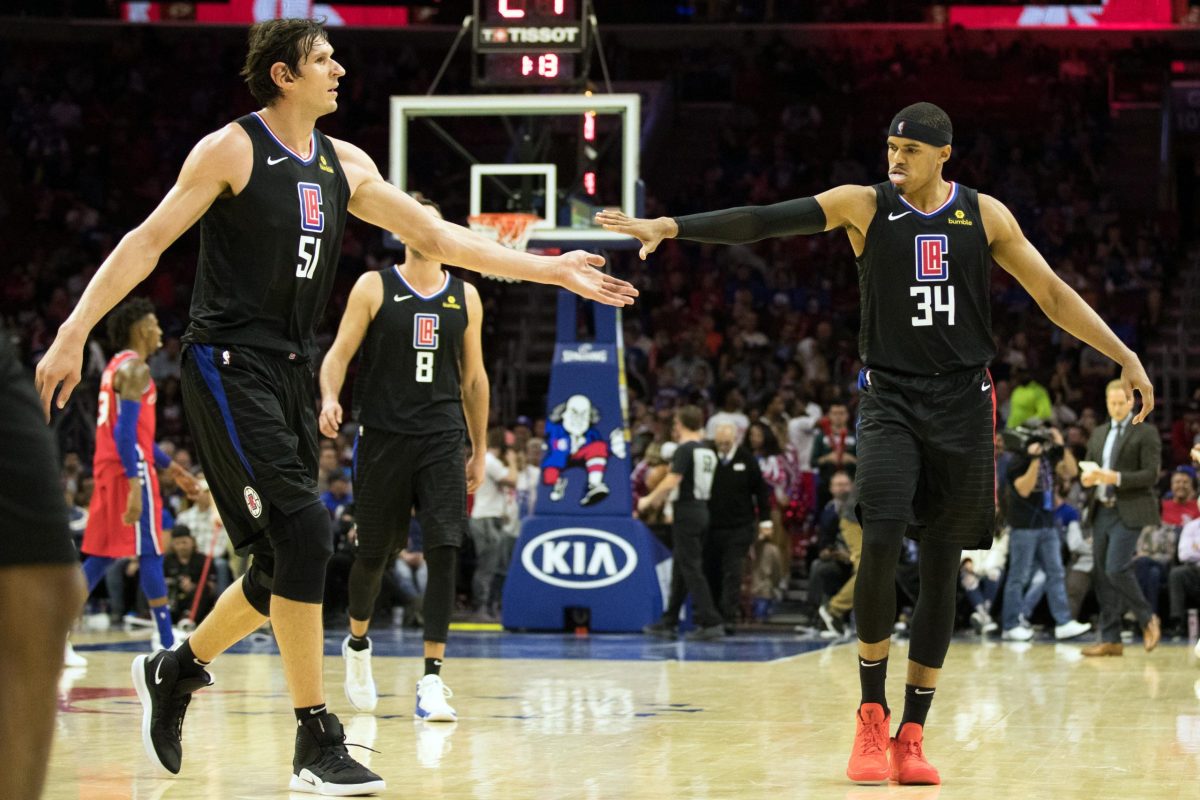 When Boban Marjanovic and Tobias Harris were teammates, the two formed a wonderful friendship both on and off the court.

That’s why when Harris took to social media to state that he was going to “marry my best friend,” a lot of fans flooded the comments section to troll the Philadelphia 76ers star forward.

Harris himself quickly clarified that he would not, in fact, be marrying Marjanovic, but that didn’t stop a number of fans from getting in on the joke.

Just to clarify @BobanMarjanovic and I are not getting married 🤦🏽‍♂️🤦🏽‍♂️🤣🤣

CONGRATS TO YOU AND @BobanMarjanovic!

I better see pics of you and Boban

Congratulations and good luck today Tobi! Don’t forget to tie your shoes before you walk down the aisle 🤞🏼

No fair. I want to marry Boban! pic.twitter.com/7yLu2uafBS

Ur marrying Boban? That's awesome..he seems like a nice guy

Congrats to you and Boban! I never knew. Amazing!

It’s fun to see so many fans getting in on the joke, and Harris is certainly enjoying the hilarious comments.

In reality, Harris is marrying his longtime partner Jasmine Winton. He took to social media recently to celebrate their coming marriage.

While Harris is surely enjoying his time off the court as of late, he will soon have to turn his attention back to the basketball court.

He and his 76ers teammates have lofty goals for the 2022-23 campaign, and Harris is going to have to be at the top of his game if he wants his team to go as far as it wants.

Last season, Harris averaged 17.2 points, 6.8 rebounds and 3.5 assists per game. It was another solid campaign for the 11-year veteran.

Once his wedding is in the books and he and his new bride get home from what is sure to be an incredible honeymoon, it would not be a shock to see Harris get right back in the gym and start to work.