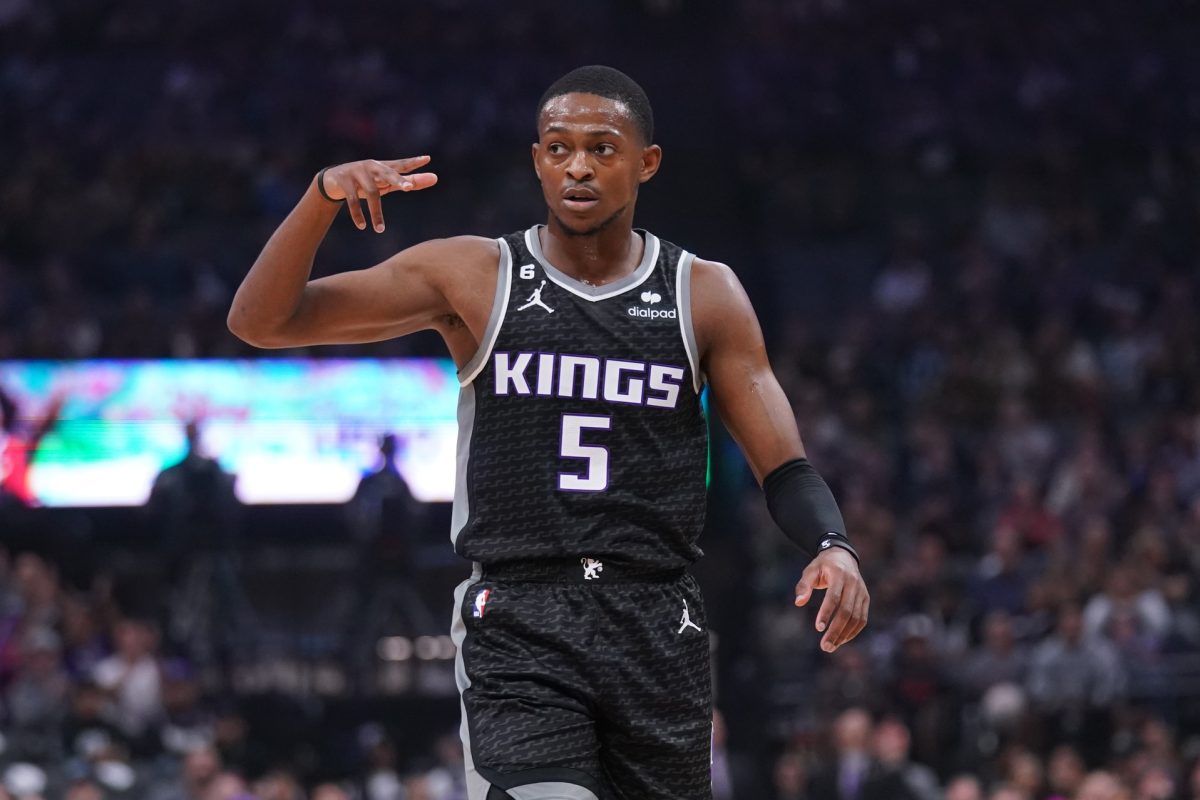 The reason why his career has been so quiet is simply because it’s taken place on the Kings, one of the few teams that seem to consistently be totally irrelevant when it comes to the playoffs and good basketball.

As it turns out, Fox recently revealed that he could have ended up on a team that has a couple of playoff appearances in recent years as well as a 2021 NBA Finals appearance. Fox joined Draymond Green on his podcast and discussed why he canceled a predraft workout with the Phoenix Suns.

If Fox had joined the Suns, he surely would have been part of one of the best young backcourts in the league alongside current Suns star Devin Booker.

"Me and @DevinBook would've been a nice backcourt"

—@swipathefox tells @Money23Green how he almost ended up in Phoenix pic.twitter.com/FPm43JxQje

“Phoenix, at the time, had just gave Brandon Knight $80 million,” Fox said. “Eric Bledsoe was on a crazy deal, so I’m like, ‘I don’t want to do that.’ So I cancel my workout.”

Fox then admitted that he thought about what could have been.

“I’ve for sure looked back at it,” Fox continued. “It could have worked ’cause that’s the year Bled had tweeted, ‘Yo, I don’t want to be here no more.’ So, they traded both of them my rookie year, traded both of them. That year I didn’t think about, but three, four years later I’m like, ‘That actually — me and Book would’ve been a nice backcourt.’ So, I definitely thought about it before, 1,000 percent.”

Fox averaged at least 21.1 points and 5.6 assists per game in each of the last three seasons, but his game has seemingly taken a major step forward so far this season. At the moment, he is averaging 31.7 points, 7.0 assists and 5.7 rebounds per game in the 2022-23 campaign.

However, as if to highlight how a player of that caliber can fly so far under the radar, the Kings are currently one of just four teams in the entire league that remain winless after the first week of regular season ball.

If Fox were on the Suns, he and Booker would surely make up one of the most dynamic and exciting backcourts in recent memory. However, given the amount of turnover that constantly takes place in the NBA, it’s hard to really determine what that team would even look like today had the Suns drafted both players.

Ultimately, it will be interesting to see if Fox ever accomplishes much with the Kings. If he wants to really become a household name in the league, he may have to find a way to facilitate a move in the coming years.

At just 24 years old, Fox is just entering his prime years. It would be a shame for such a talented guard to spend his prime years on an annual loser like the Kings.

He’s currently under contract until the 2026 offseason. If the Kings keep losing like they have been in recent years, it stands to reason that Fox will spend even more time wondering what could have been had he joined forces with Booker in Phoenix.