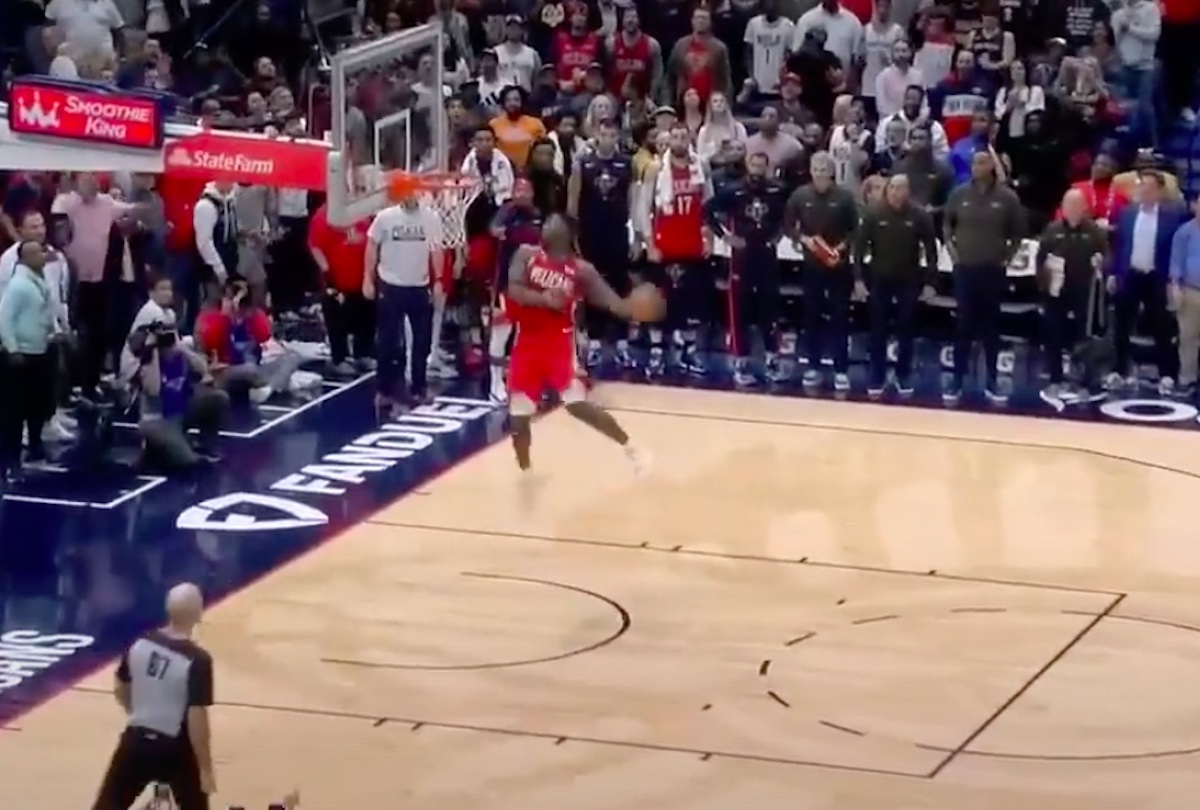 At the end of Friday night’s 128-117 win by the New Orleans Pelicans over the Phoenix Suns, young superstar Zion Williamson completed a 360 dunk that caused quite a stir.

A number of Suns players appeared to feel disrespected by the move, and things got heated. Suns big man Deandre Ayton, however, was not offended by the dunk. After the game, he said Williamson simply did it for the home crowd.

"Fun thing about it is we see them in a couple of days."

On dustup: "I ran off the court. I didn't see what happened."

"It's a homecourt. He's doing it for his fans. I don't take any of that stuff personal." pic.twitter.com/uCFrYmmwvE

Ayton’s teammate Cameron Payne did not share the same sentiment. Payne went so far as to say that he thought Williamson’s move was unsportsmanlike.

“I like there was just no sportsmanship, and we don’t really like that. We do the right thing. I felt like they should’ve done the right thing, and they didn’t…The game was over..They can hold the ball.”

It’s interesting to see how different two teammates’ opinions can be on the exact same play in a game. The truth is that they may both be right.

It isn’t all that common to see players in the NBA make a flashy play like Williamson did in the final moments of a contest that has all but been decided. Williamson could have just as easily dribbled the ball out, and the end result of the contest would have been the same.

For that reason, it’s not hard to see Payne’s side of things.

However, Ayton is also right that there is nothing wrong with the 22-year-old star wanting to put a triumphant exclamation point on the win in front of his fans.

The move was perhaps even less surprising when considering the recent history that the two teams share. Last season, the Suns and Pelicans met in the first round of the playoffs, with the Suns being the No. 1 seed in the Western Conference and the Pelicans being the No. 8 seed.

The series was competitive and very physical at times. Phoenix ended up winning in six games.

These days, the Pelicans have much higher hopes than simply entering the playoffs by way of the play-in tournament and losing in the first round like they did last season. Right now, they stand as the No. 1 seed in the West with an impressive record of 17-8. They’re 1.5 games up on the Suns, who are the No. 3 seed.

All of the Suns players who felt spurred by Williamson’s move will get two opportunities within the next week to get their revenge. The two teams face one another on Sunday and then again on Dec. 17.