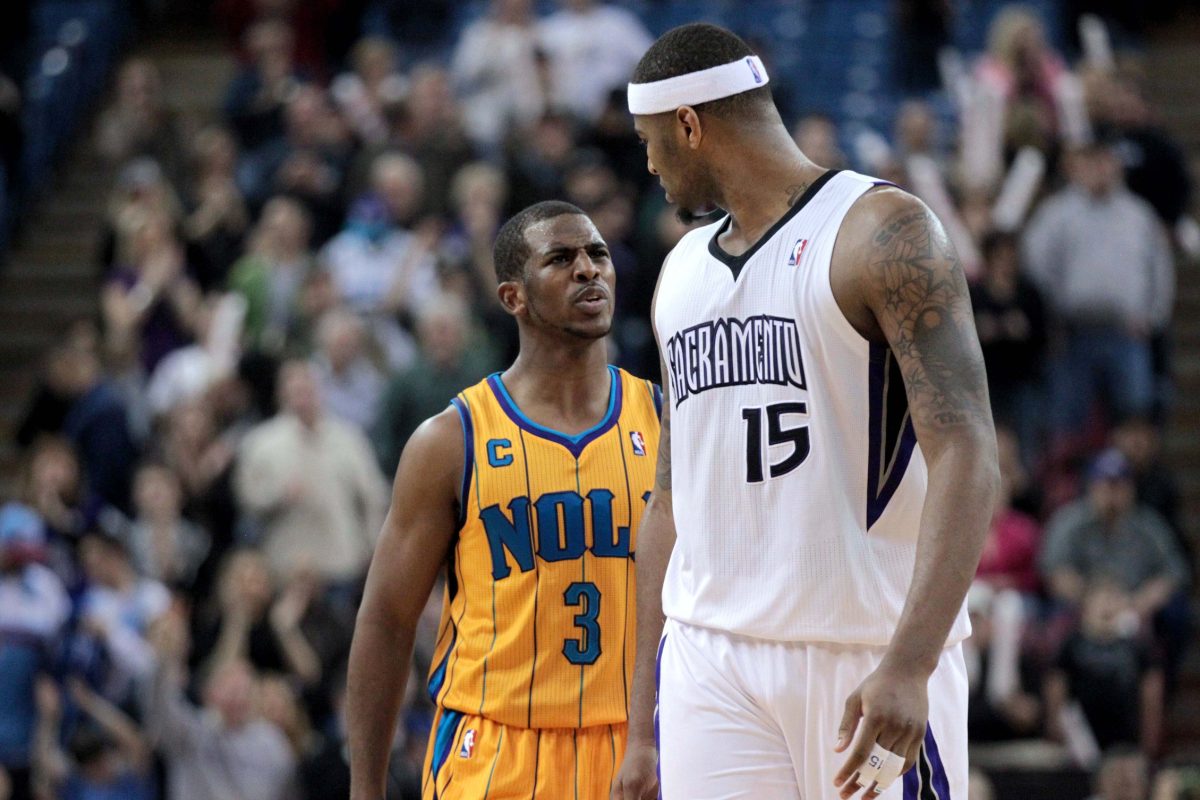 Cousins was asked if there is somebody would shouldn’t be on the list when discussing the league’s best point guards, and he didn’t hesitate to mention Paul.

according to @boogiecousins, nah. here's why: pic.twitter.com/5ReOv19sda

“It’s Chris Paul,” Cousins said. “Every time I hear a top five PG list, Chris Paul is in it. And I’m not really understanding why. No knock to C.P., strictly from an accolades and a performance standpoint, I don’t think Chris Paul is top five.”

Cousins mentioned Steve Nash, John Stockton and Russell Westbrook as players who should be considered over Paul.

It’s not a surprise that Cousins isn’t a big fan of Paul , as he and Paul have a bit of history.

Paul has some pretty infamous flops when playing against the big man.

There certainly is an argument for several of the great point guards in NBA history, but Paul has a pretty impressive resume even though he’s never won an NBA title or a league MVP award.

Throughout his career, Paul has led the NBA in assists per game five times and steals per game six times. He’s also made 12 All-Star teams, 11 All-NBA teams and nine All-Defensive teams. That’s a pretty impressive career resume for a player who is still in the league today.

Paul also has a chance to add to his resume, specifically in the NBA title section, as the Suns are one of the better teams in the NBA once again this season. Phoenix was the No. 1 seed in the West in the 2021-22 campaign, and it made the NBA Finals in the previous season.

If Paul can add a few more accolades and build on his career stats over the next few seasons, he’s going to have an even better argument to be considered in the top five.

Everyone is entitled to his or her own opinion when determining the greatest players in NBA history, so it’s hard to knock Cousins for his choice.

However, it’s hard to discount Paul in the group of the greatest point guards for all he has accomplished in the league.

Cousins, who is currently a free agent, last played in the NBA during the 2021-22 season for the Milwaukee Bucks and Denver Nuggets.

Injuries derailed the big man’s career, but he has proven he can be a solid bench piece for a contender at this point in his life.