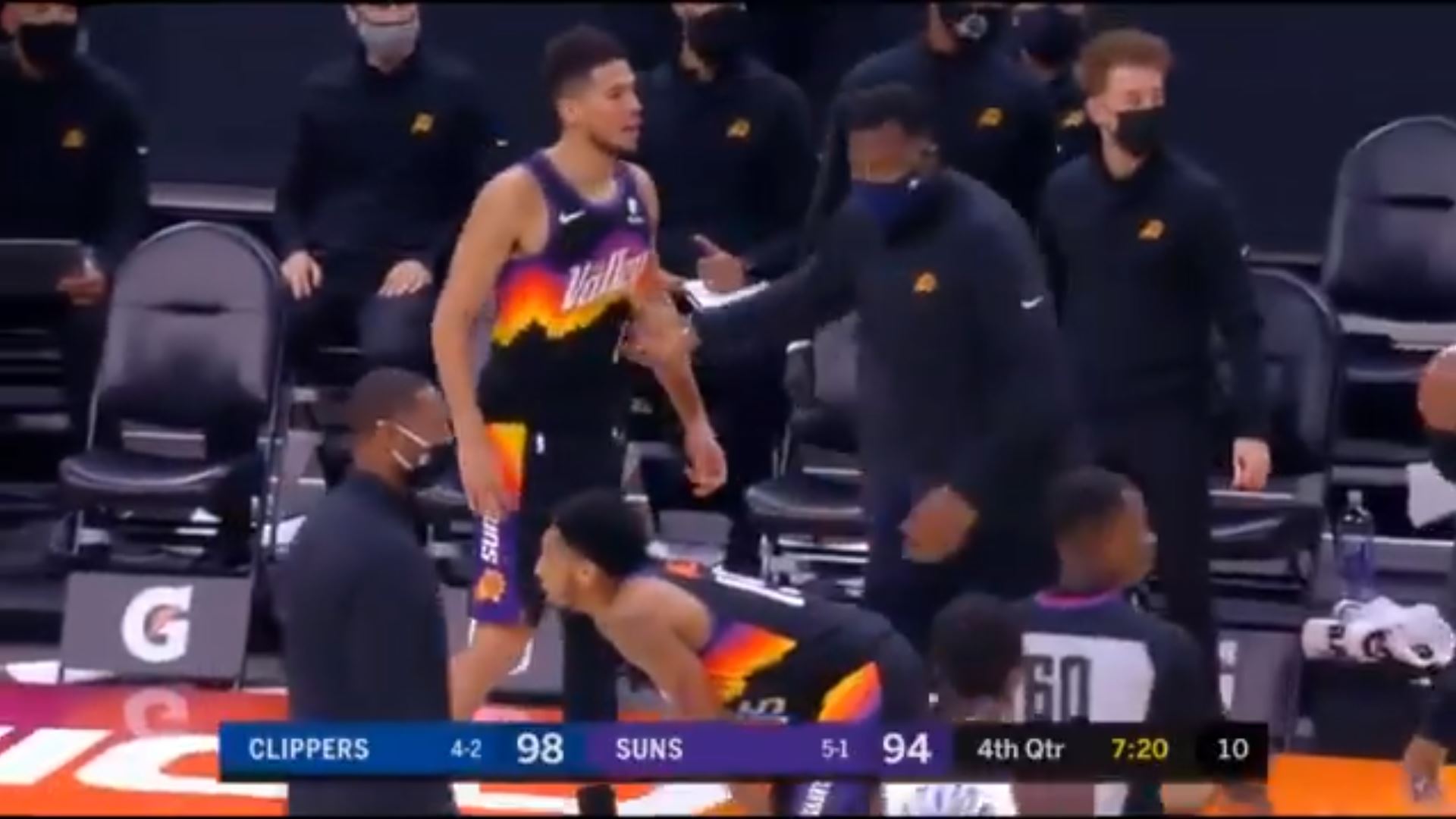 The Phoenix Suns fell behind by a huge margin early in their Sunday contest against the Los Angeles Clippers, but they fought back to make it a competitive contest in the second half.

At one point in the fourth quarter, Suns star Devin Booker felt cavalier enough to talk some serious trash to the Clippers’ Paul George.

George has been a star for several years now. He first emerged as a premier player while with the Indiana Pacers, leading them to back-to-back Eastern Conference Finals appearances in 2013 and ’14.

After demanding a trade and getting sent to the Oklahoma City Thunder, George made his way to the Clippers in an unexpected trade in July 2019. He and Kawhi Leonard teamed up to instantly to make the Clippers title contenders.

However, there’s a feeling that perhaps George lacks some intangibles. Although he has consistently played well in the regular season, he has also consistently failed to show up in the playoffs, and he has had many bad shooting games in the postseason.