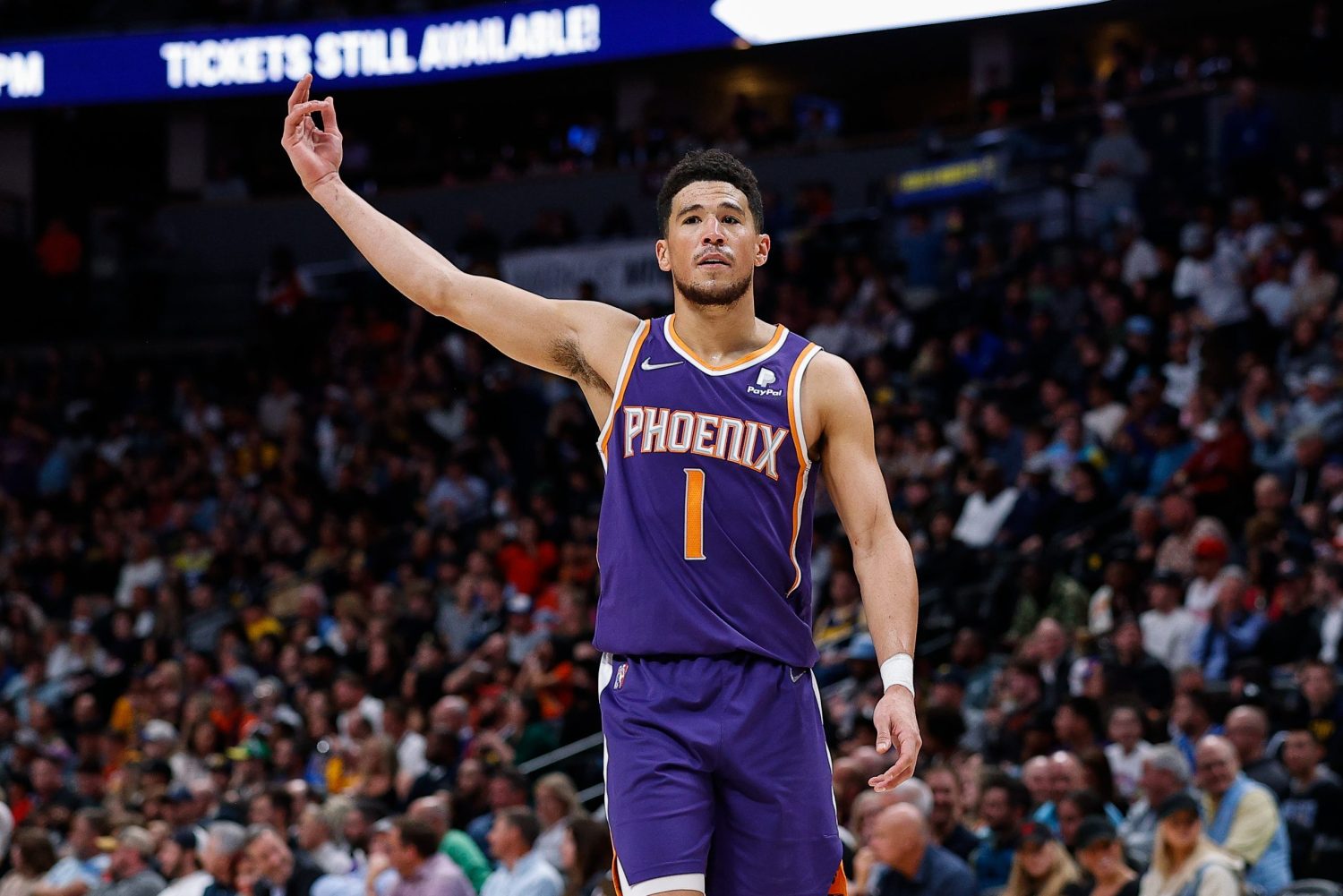 The MVP race is heating up as the 2021-22 NBA regular season begins to wind down, and Golden State Warriors star Draymond Green has made it abundantly clear who his pick for MVP is.

Should the best player on the best team be MVP? @Money23Green pic.twitter.com/06sCRusF2d

“My MVP is Devin Booker,” he said. “I think Book has been consistent all year.”

Green then went on to discuss how there is never a clear criteria for who deserves the MVP, citing certain years where the best player on the best team won and other years when a player with an incredible personal season won despite their team not being the best in the league.

This season, Booker has averaged 26.6 points, 5.0 rebounds and 4.9 assists per game. He has contributed to winning all over the floor. Booker was overlooked by many early in his career, as he put up big numbers on bad teams.

The Suns are far from a bad team now, however. In fact, they have the best record in the league by a rather large margin at 62-16. They’re seven games up on the Memphis Grizzlies for the top spot in the Western Conference.

Though Booker would surely love to win MVP honors this season, he is likely far more focused on something else.

The three-time All-Star undoubtedly wants to help Phoenix win its first NBA title in franchise history. The Suns lost in the NBA Finals last season, and they’ll be looking to win it all when the 2022 NBA Playoffs begin in a little under two weeks.