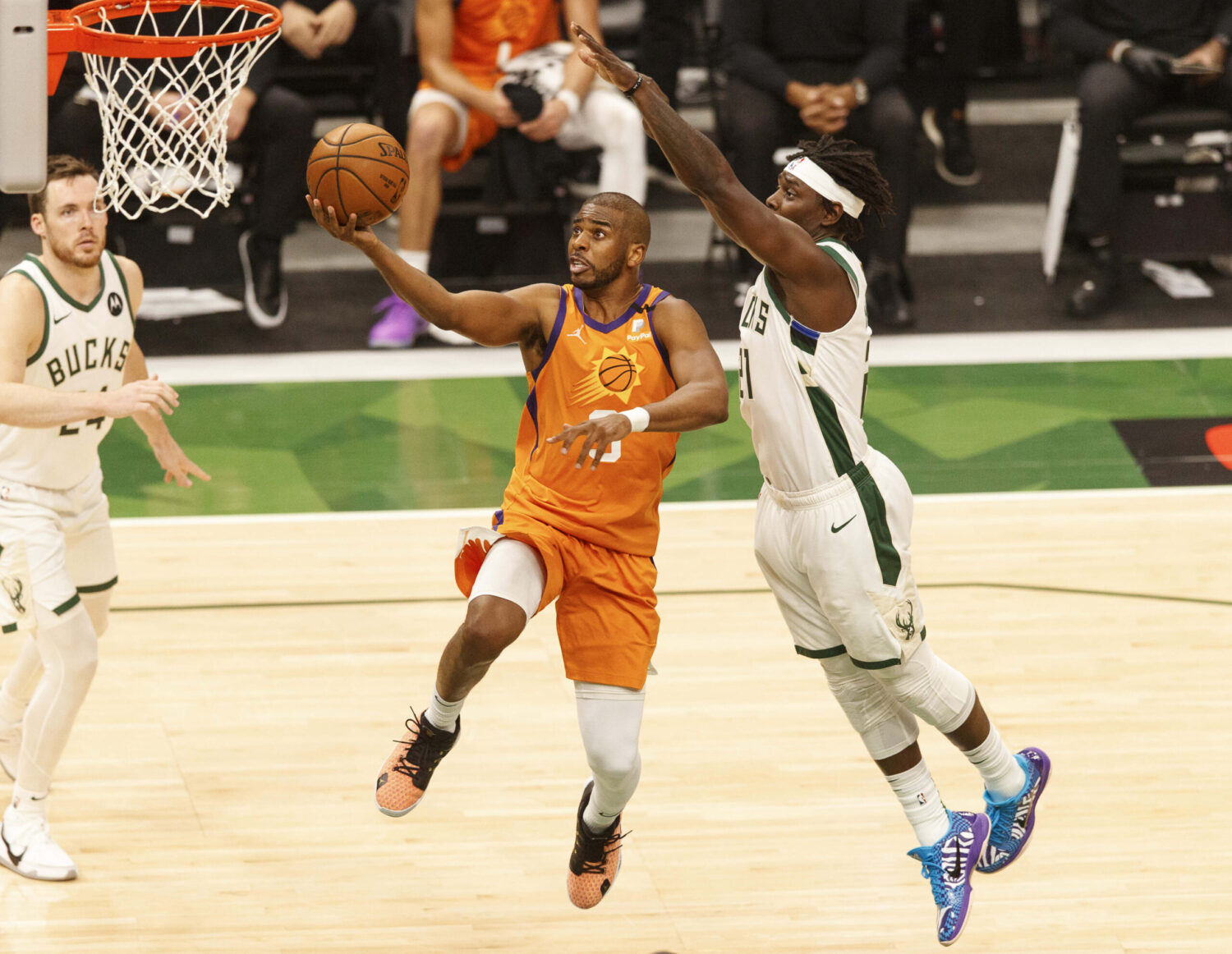 During Thursday’s episode of “Get Up,” ESPN anchor Kendrick Perkins was critical of Chris Paul’s performance so far during the 2021 NBA Finals.

.@LegsESPN: "Devin Booker put on one of the all-time great one-on-one displays you're gonna see in an NBA Finals game, and yet where was Chris Paul?!"@KendrickPerkins: "Chris Paul has been falling off like leaves in the winter time." 😶 pic.twitter.com/rueba7L7tl

“Ever since Game 1, Chris Paul has been falling off like leaves in the winter time,” said Perkins. “We’ve been watching him, his production go down because Jrue Holiday has been making it tough on him, and this is why I tell people, ‘We can’t ask Jrue Holiday to be productive on the offensive end,’ because when you’re giving that much defensively, when you’re picking up a guy 94 feet like Jrue Holiday is getting up over screens, getting into Chris Paul the entire game, he can’t be that productive on the offensive end.”

In the 2021 Western Conference Finals against the Los Angeles Clippers, Paul played some of the best basketball of his career. He averaged 24.0 points, 3.3 rebounds and 8.8 assists per game while shooting 41.7 percent from the field and 37.5 percent from deep.

In the previous series, against the Denver Nuggets, he averaged 25.5 points, 5.0 rebounds and 10.3 assists per game while shooting a whopping 62.7 percent from the field and an absurd 75.0 percent from deep.

Paul scored just 10 points in the Suns’ Game 4 loss, making only five of his 13 attempts from the field.

The Suns initially took a 2-0 lead against the Bucks, but the series is now tied at 2-2.

Game 5 will be on Saturday night in Phoenix.