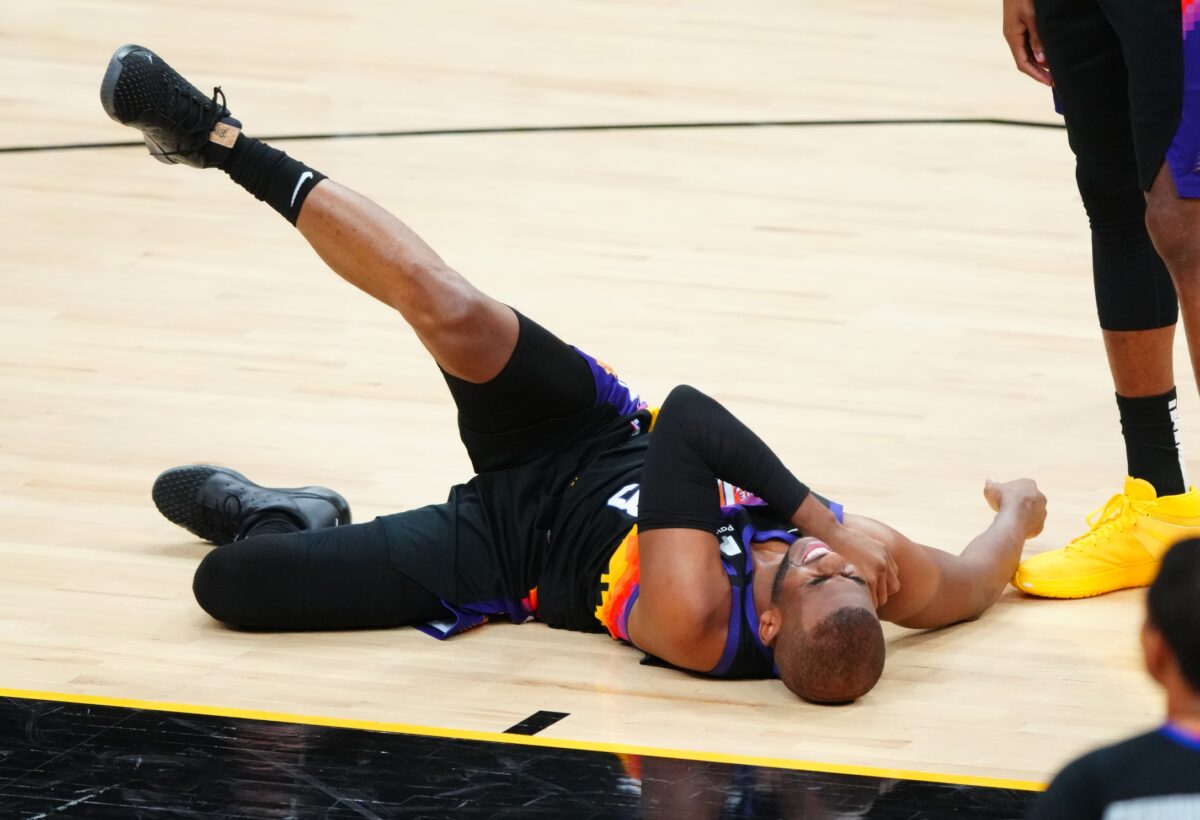 For the Phoenix Suns to continue to advance in the playoffs, they will likely need star Chris Paul to be at full strength.

Fortunately for the team, Paul is reportedly feeling better after suffering a shoulder injury in the first-round series against the Los Angeles Lakers.

“The Phoenix Suns took Game 1 of the Western Conference semifinals against the Denver Nuggets and with the health of point guard Chris Paul trending upward, the Suns are in an optimum position to protect home court Wednesday,” wrote Chris Haynes of Yahoo! Sports.

“Paul was about 80% healthy with that right shoulder contusion in the opening round series versus the Los Angeles Lakers, but now Paul is trending in the 90% region, league sources told Yahoo Sports.”

Even while nursing an injury, the 36-year-old point guard had one of his best games during this year’s postseason in the Suns’ 122-105 win over the Nuggets last Monday. He scored 21 points and led the team with 11 assists in the series opener.

The 11-time All-Star and his team will look to take a 2-0 series lead over the Nuggets on Wednesday night.