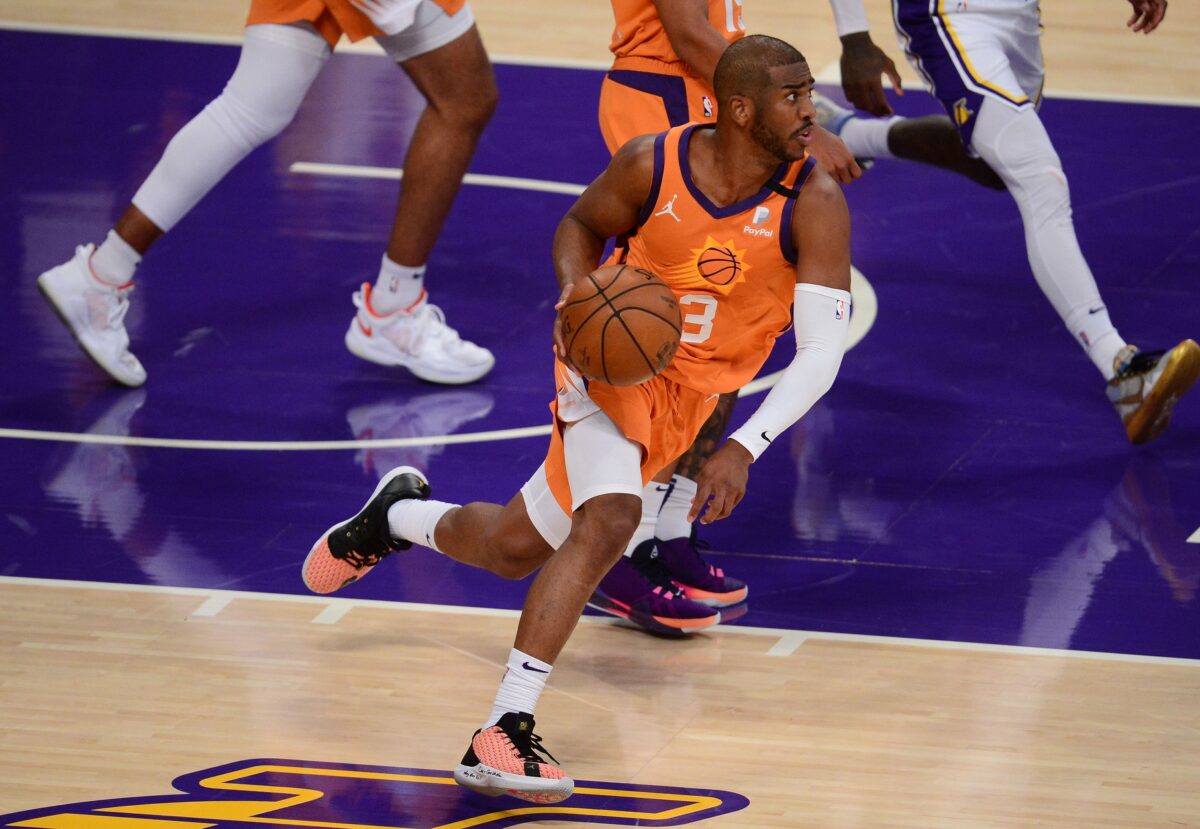 Chris Paul has helped the Phoenix Suns improve tremendously this season, helping lead them back to the playoffs after an 11-year absence.

After going 34-39 last season, the Suns finished this regular season with a 51-21 record. Phoenix is also currently leading its first-round series against the defending champion Los Angeles Lakers, 3-2.

Having averaged 16.4 points, 4.5 rebounds and 8.9 assists per game while shooting 49.9 percent from the field and 39.5 percent from three during the regular season, Paul is now reportedly looking to secure a new multiyear deal this offseason.

“Paul has a $44.4 million player option, which according to several sources, he intends to decline with hopes of inking a new multiyear deal (perhaps in the $100 million range over three seasons),” wrote Eric Pincus of Bleacher Report. “It’s unclear if his recent shoulder injury changes his plans. Gordon Hayward, who has battled more severe injuries than Paul, made a similar decision this past offseason, opting out of his final year with the Boston Celtics to sign a four-year, $120 million contract with the Charlotte Hornets.”

Although he recently turned 36, Paul has continued to show that he can consistently produce at a high level.

It will surely be interesting to end up seeing what the Suns decide to do should Paul end up declining his player option for next season.

Phoenix will have to decide how much they’re willing to pay Paul while also having to take care of center Deandre Ayton and forward Mikal Bridges, both of whom are important pieces for the team.

Still, it is clear that Paul has enabled the Suns to finally unlock all the talent they have been compiling over the last several years. That a lone may be worth the price tag.

The Suns will be able to clinch the series against the Lakers on Thursday night as they play Game 6 in Los Angeles.