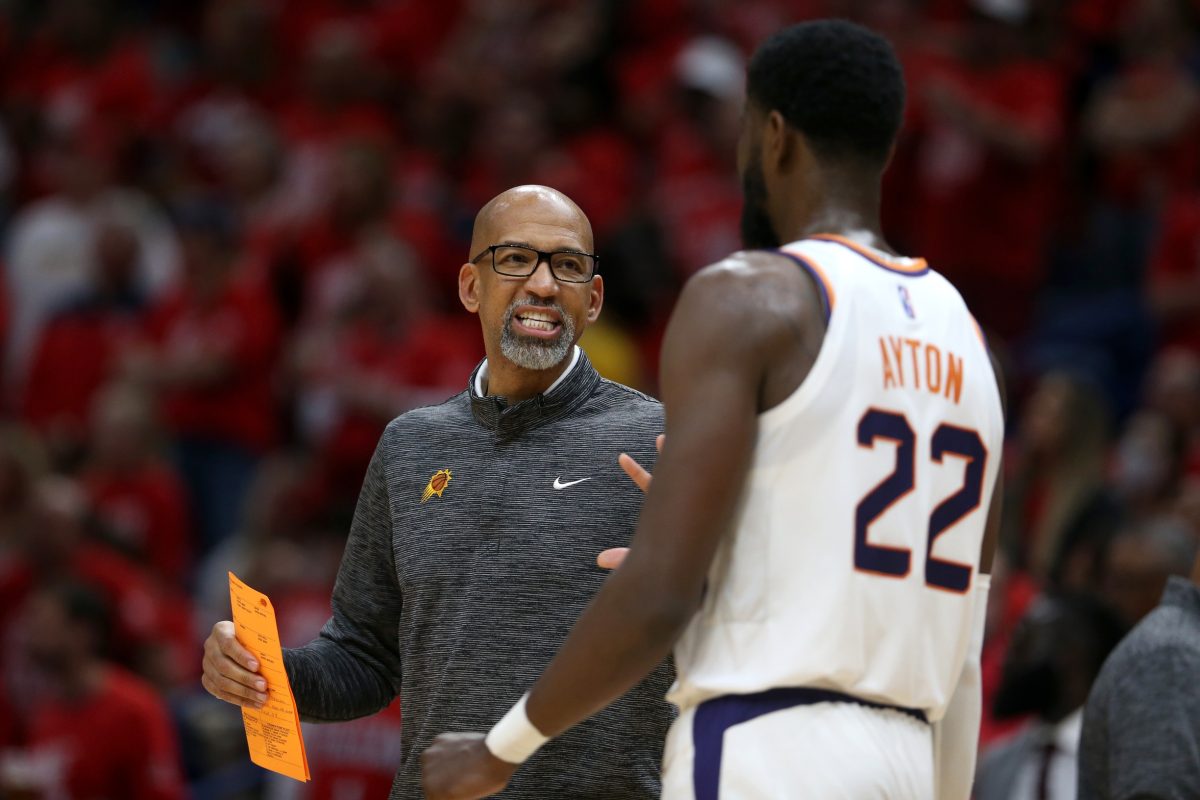 During Game 7 of an intense series between the Phoenix Suns and Dallas Mavericks, fans and experts alike were perplexed by the lack of playing time that big man Deandre Ayton got in the contest.

By the time the game was over, the Suns were blown out, and Ayton had logged around 17 minutes of playing time.

While the dust is still settling, rumors and reports regarding the situation between Ayton and Suns head coach Monty Williams have started to emerge.

The situation was discussed by Skip Bayless and Shannon Sharpe on “Undisputed.”

“This, from what I was told, got really ugly,” Bayless said. “And it’s why Monty, in a rare move in a postgame interview, just spat out two words, ‘It’s internal.’ Like, I’m not going to answer any more questions about this. But from what our man Lil Wayne told me…I think he either heard it or could lip-read. Monty got so upset with Ayton that he said, ‘You fricking quit on us.’ And that led to an exchange where each Monty and Ayton had to be restrained from going at each other.”

It’s worth noting that this is a pretty flimsy rumor at this point, especially given the fact that Bayless is not even sure if the famous rapper heard the interaction or was simply lipreading.

Still, there is no doubt that something occurred that led to Ayton’s playing time essentially being halved in the pivotal Game 7.

Now, the Suns will enter an offseason where there are a lot of question marks looming. One of the most notable is the fact that Ayton will become a restricted free agent this summer after the team failed to lock him in with an extension before the 2021-22 season started.