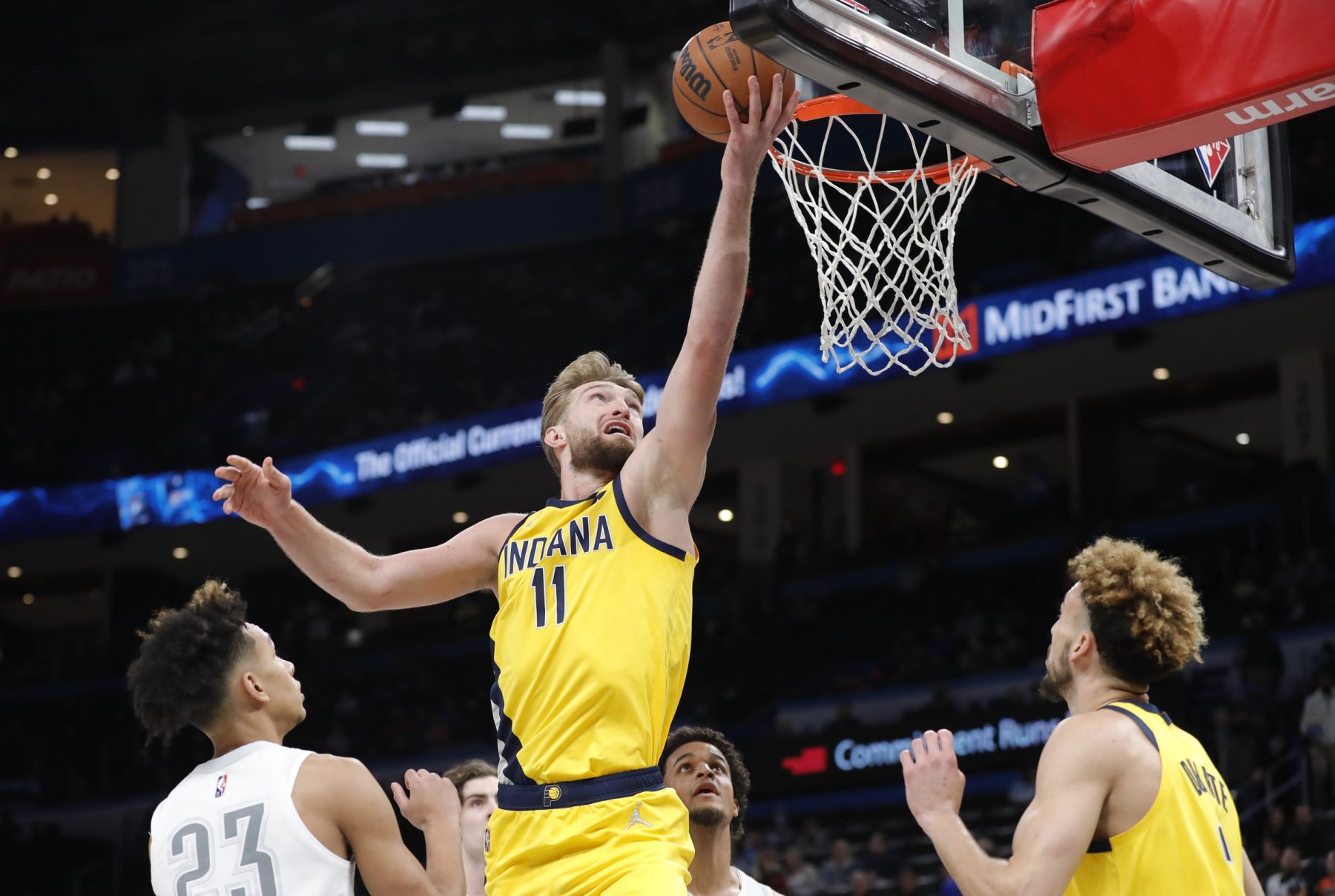 The Phoenix Suns reportedly have interest in Indiana Pacers star Domantas Sabonis ahead of the NBA trade deadline.

Sabonis, 25, is one of multiple Pacers that could be moved at the deadline after the team already traded Caris LeVert.

“A handful of personnel around the league have recently mentioned Phoenix’s intriguing interest in acquiring Sabonis,” Bleacher Report’s Jake Fischer wrote. “But while the Suns are not expected to make any major move this week that could jeopardize the chemistry and momentum of the NBA’s winningest team, league figures have pointed to a potential sign-and-trade this offseason that would conclude the Suns’ contract standoff with Deandre Ayton and in exchange land Sabonis in The Valley.”

It’s unclear what the future holds for Ayton and the Suns. The 23-year-old has spent his entire NBA career with Phoenix after being picked up by the organization in the 2018 draft.

The Suns have been the best team in the NBA for the majority of the current season. They have the best record in the league at 43-10.

Led by Chris Paul and Devin Booker, the Suns made the NBA Finals in the 2020-21 campaign, but it seems they are looking to improve even more in hopes of making it back to the championship series this season.

Sabonis is having a solid year for the Pacers, as the former first-round pick is averaging 18.9 points, 12.1 rebounds and 5.0 assists per game. He’s shooting 58.0 percent from the field and 32.4 percent from beyond the arc.

Sabonis would certainly make the Suns a much more dangerous team than they already are if he were to land with them.