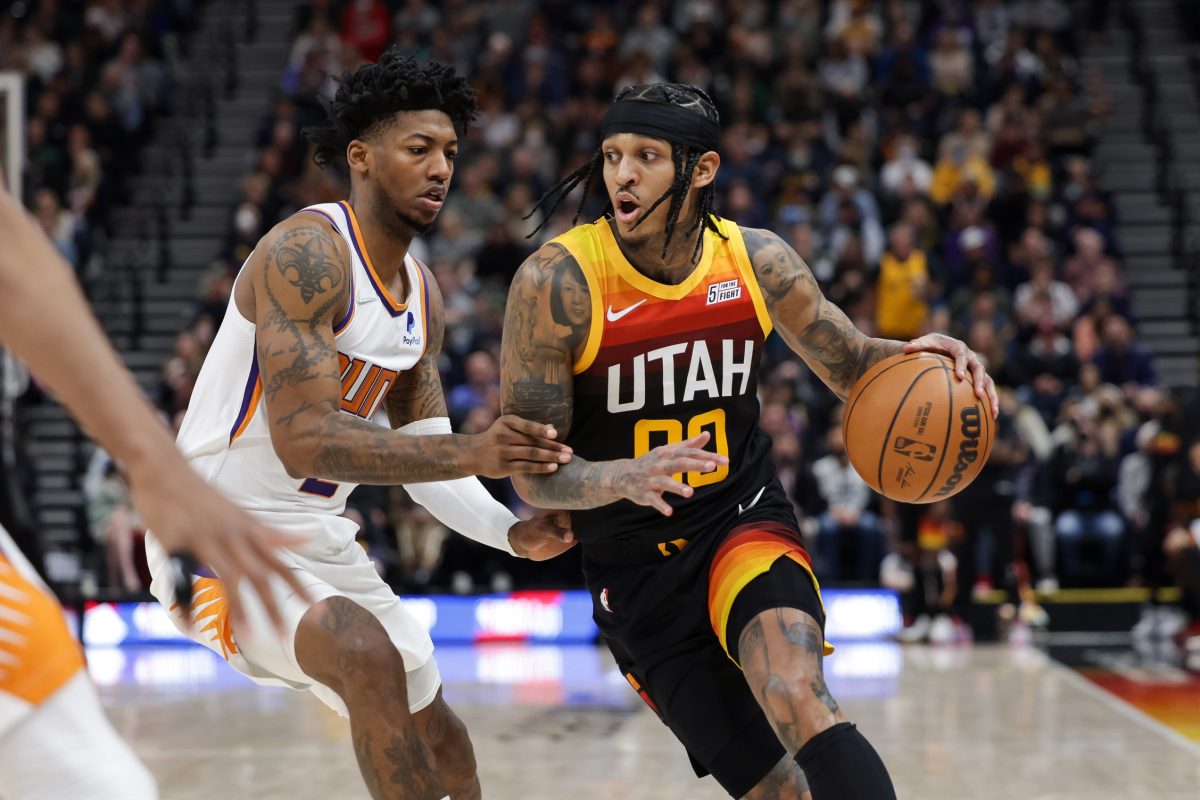 Although Jae Crowder is currently a member of the Phoenix Suns, it seems like that won’t be the case for much longer.

The veteran is currently away from the Suns as the team looks to trade him.

Although it’s unclear how the situation will unfold, it sounds like the possibility of Phoenix landing Jordan Clarkson in exchange for Crowder is something to keep an eye on. The Suns reportedly have interest in such a move.

“In recent transaction cycles, Phoenix has explored adding greater ball-handling depth behind Chris Paul and Devin Booker,” wrote Jake Fischer of Yahoo! Sports. “And Jordan Clarkson, one of the many veterans thought to be available in Utah, is one dynamic guard the Suns have inquired about landing in exchange for Crowder, sources said. Would Phoenix be willing to attach draft capital in that scenario? That outcome would seem to result in Crowder securing a buyout from Utah, and then his pick of destination, albeit at an unknown salary.”

Phoenix certainly has what it takes to be a contender in the upcoming season, and Clarkson would definitely be a major addition for the squad.

The 30-year-old has established himself as an outstanding bench player in recent years, and he even won Sixth Man of the Year honors in the 2020-21 season. During that campaign, he averaged 18.4 points, 4.0 rebounds and 2.5 assists per game while shooting 42.5 percent from the field and 34.7 percent from deep.

Last season, he posted averages of 16.0 points, 3.5 rebounds and 2.5 assists per contest while shooting 41.9 percent from the field and 31.8 percent from deep.

Clarkson isn’t the most efficient player around, but that’s partially due to the fact that he puts up shots at a very high volume. Over the past two seasons, he’s averaged 14.9 shots per game from the field, which is a very high mark for a bench player.

The former second-round pick has yet to win an NBA title in his career, and he’d surely love to check that box before his time in the NBA comes to a close. He’d have a chance to do so with the Suns.

Last season, Phoenix posted a dominant record of 64-18 before taking a disappointing exit in the second round of the playoffs. The season before, the squad reached the NBA Finals and came up just two wins short of the title.

Time will tell if the veteran finds himself wearing a Suns jersey at some point in the upcoming season.