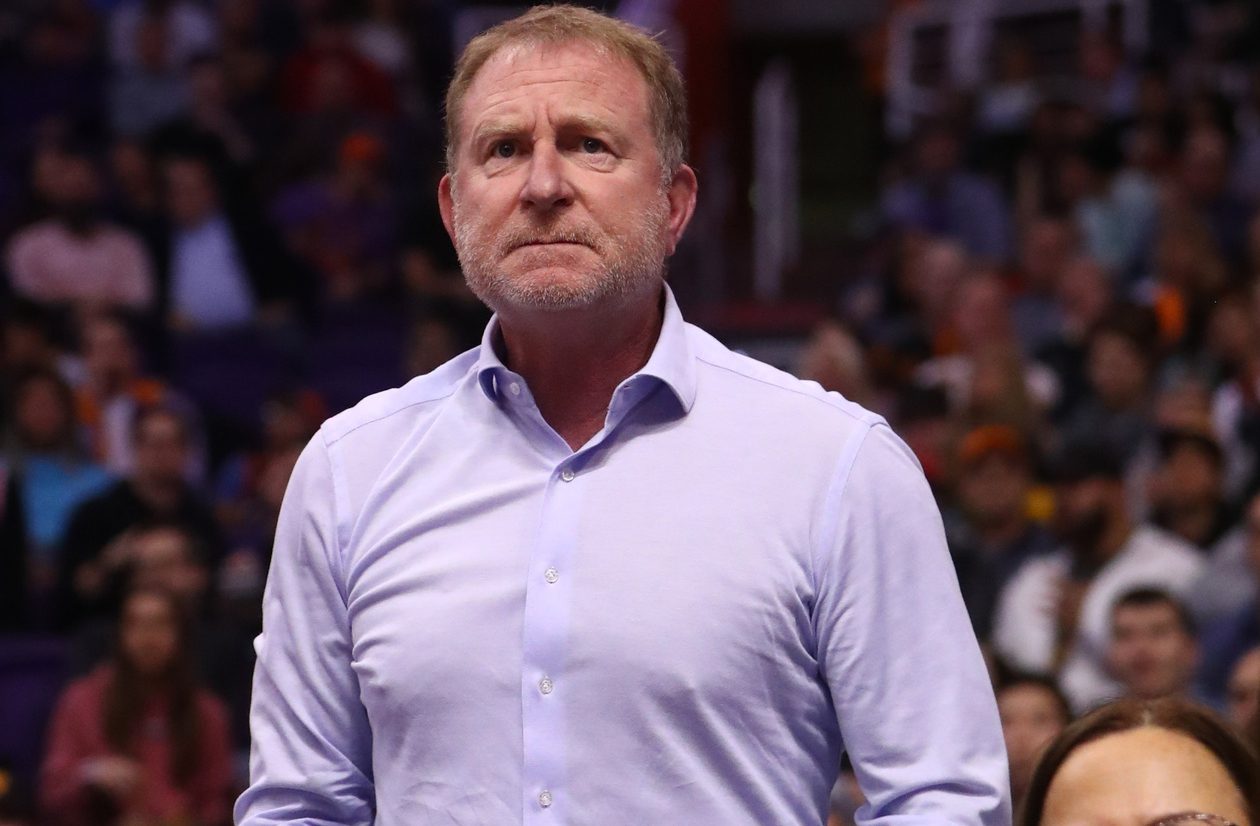 Phoenix Suns owner Robert Sarver is currently at the center of some alarming allegations.

One of those allegations is that the 60-year-old businessman pulled down the pants of an employee in front of the entire organization several years ago.

That employee, David Bodzin, is no longer with the team.

“Head of HR came up to me tongue and cheek saying, ‘please don’t press charges against us.’ If I’d said something, I would have been blacklisted from sports.

“It’s well known about sexual harassment on the road [w/#Suns] and people [often women] being fired for coming forward.”

This is reportedly just one of many alleged instances of misconduct by Sarver.

Another instance allegedly occurred in 2016, when Sarver was heard repeatedly using a racial slur.

It reportedly happened after the team had lost a game to the Golden State Warriors.

“‘You know, why does Draymond Green get to run up the court and say [N-word],’  Sarver, who is white, allegedly said, repeating the N-word several times in a row.

“‘You can’t say that,’ Watson, who is Black and Hispanic, told Sarver.

This incident apparently only scratches the surface of the situation.

“The anecdote offers a glimpse into conduct that, sources told ESPN, Sarver has often exhibited since buying the Suns in 2004,” Holmes wrote. “Interviews with more than 70 former and current Suns employees throughout Sarver’s 17-year tenure describe a toxic and sometimes hostile workplace under Sarver. Some told ESPN that he has used racially insensitive language repeatedly in the office. Employees recounted conduct they felt was inappropriate and misogynistic, including Sarver once passing around a picture of his wife in a bikini to employees and speaking about times his wife performed oral sex on him. Some said the longtime owner fostered an environment in which employees felt they were his property, even once asking one woman whether he ‘owned’ her to determine whether she worked for the Suns.”

Multiple people familiar with the situation offered some additional insight to ESPN.

“The level of misogyny and racism is beyond the pale,” a Suns co-owner said to ESPN about Sarver. “It’s embarrassing as an owner.”

“There’s literally nothing you could tell me about him from a misogynistic or race standpoint that would surprise me,” the former executive told ESPN.

This story is surely just getting started. It seems like Sarver’s days as the owner of the Suns might be numbered.

Meanwhile, with this distraction occurring, Suns players have to find a way to stay focused on the 2021-22 season. That seems like a tall task.

Phoenix is 3-3 through six games this season. The team will play on Thursday against the Houston Rockets.