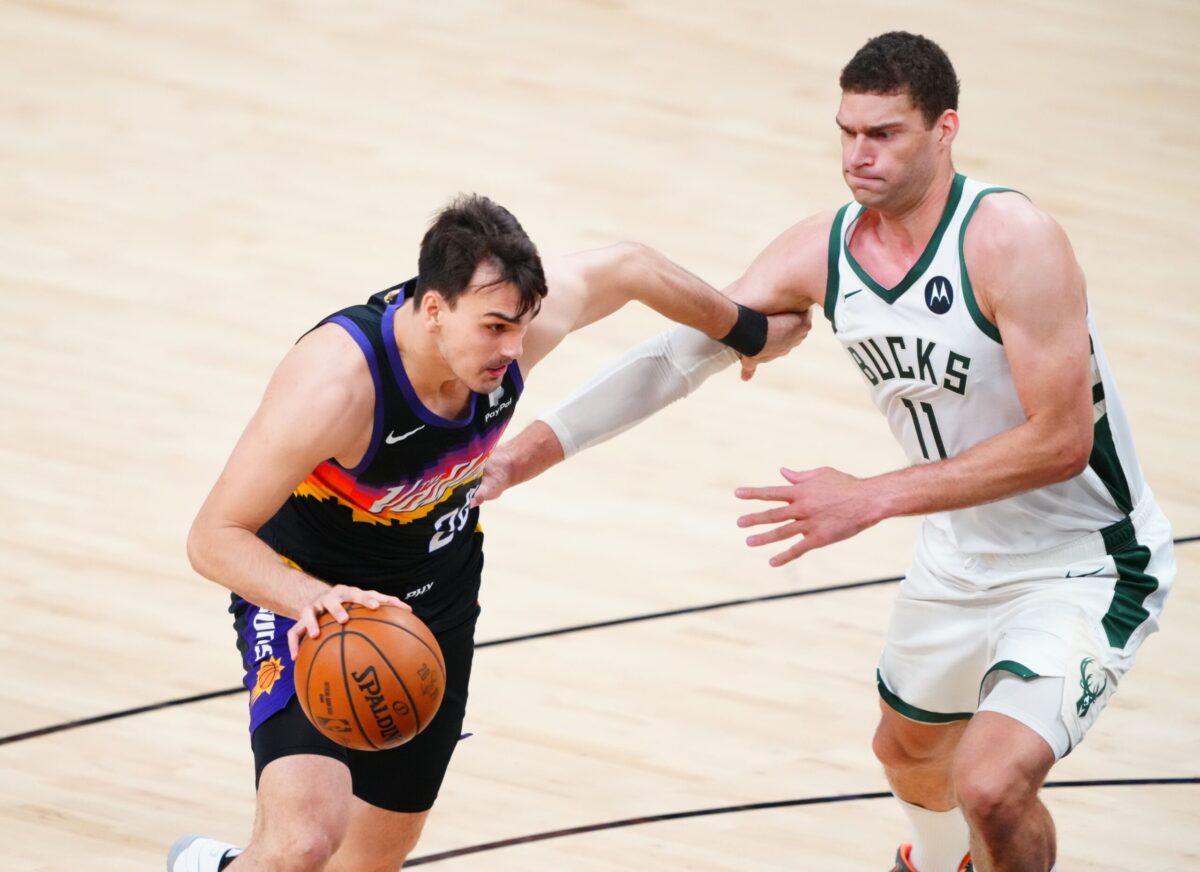 Phoenix Suns big man Dario Saric has been diagnosed with an ACL tear in his right knee.

Suns forward Dario Saric has a torn ACL in his right knee.

Saric sustained the injury during the Suns’ victory in Game 1 of the 2021 NBA Finals over the Milwaukee Bucks. Fans were hoping for the best, but instead the worst possible outcome was confirmed today.

Saric missed much of the 2020-21 regular season and appeared in 50 games throughout the regular season. He averaged 8.7 points, 3.8 rebounds and 1.3 assists per game.

He had been playing a relatively small role in the playoffs, but his production will be missed. He had appeared in 14 playoff games and averaged just 4.5 points, 2.5 rebounds and 1.0 assist per game. The 27-year-old was averaging just 10.5 minutes per game in the postseason.

Sustaining an ACL tear at this stage in the season is made especially devastating by the ramifications that it will likely have on next year’s campaign.

Despite the loss of Saric, the Suns were able to take a 1-0 series over the Bucks on Tuesday night. Phoenix is three wins away from its first title in franchise history.