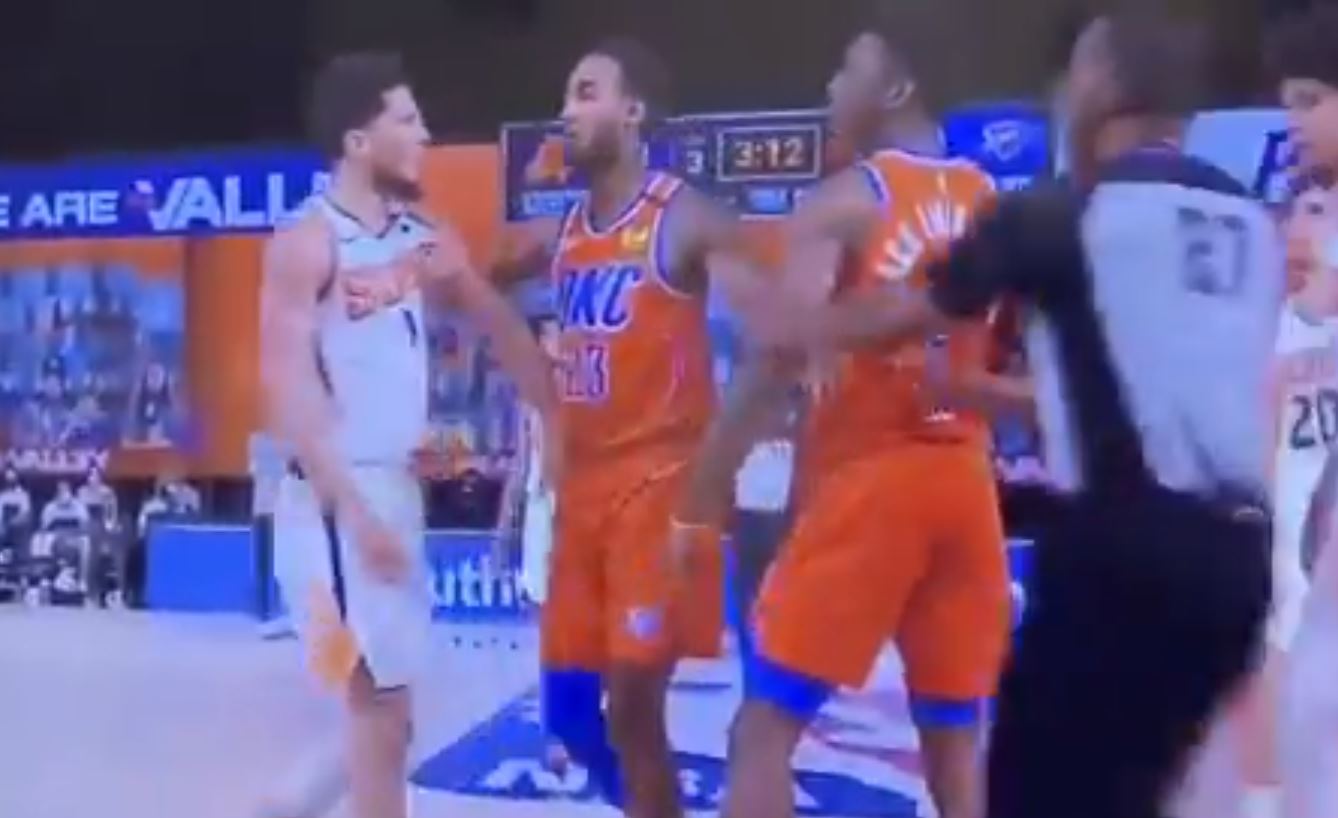 The intensity inside the NBA’s bubble is at an all-time high right now as teams battle for playoff position.

One team that is still clinging to the hope of advancing to the playoffs is the Phoenix Suns. The Suns’ hopes rest firmly on the shoulders of star guard Devin Booker.

During their 128-101 routing of the Oklahoma City Thunder, Booker displayed his fiery approach to the game when he exchanged some strong words with Thunder guard Hamidou Diallo.

The Suns were down 14 points following the first frame of the game but managed to come back after a furious 42-point second quarter and ultimately claim the double-digit win.

Unsurprisingly, Booker had another impressive outing. He finished with 35 points, five rebounds, four assists and two blocks. He was joined by five other Suns players who finished the game with double-digit point totals.

Following Monday’s game, the Suns have now won all six of their games inside the bubble. They’ve got two games left: one against the Philadelphia 76ers on Tuesday and another against the Dallas Mavericks on Thursday.