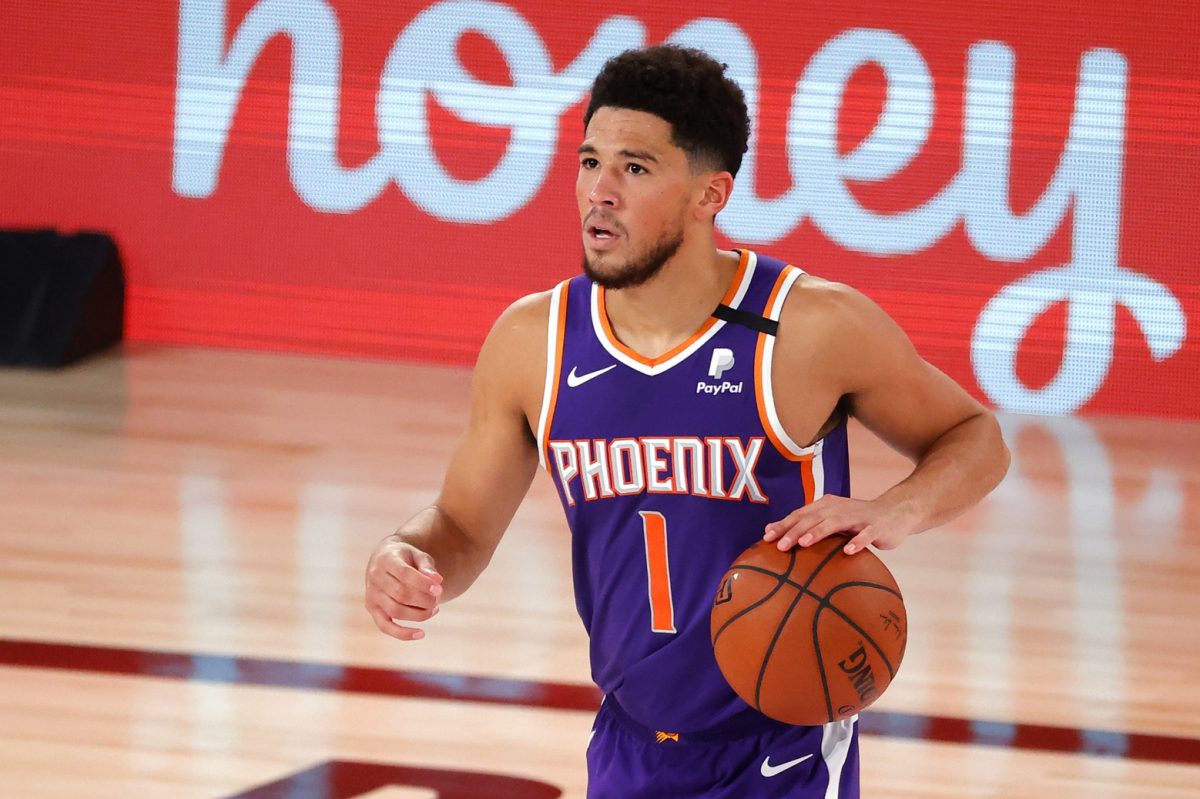 Reality star Kylie Jenner reacted to the rumors that her sister, Kendall, and Phoenix Suns star Devin Booker are dating.

Booker and Kendall Jenner reportedly have been on three dates recently, prompting rumors that the two could be a couple.

Kylie Jenner is apparently “really happy” that Kendall Jenner has found somebody to spend time with. Kylie Jenner also added that it is hard for her sister to “really like someone.”

The family also reportedly likes Booker, and there is no jealousy between the sisters.

Booker and Kendall Jenner are “seeing where it goes” according to the report. They both are also reportedly not seeing anyone else.

Booker is one of the best young players in the NBA. This past season, he averaged 26.6 points, 6.5 assists and 4.2 rebounds per game. He also shot 48.9 percent from the field and 35.4 percent from the 3-point line.