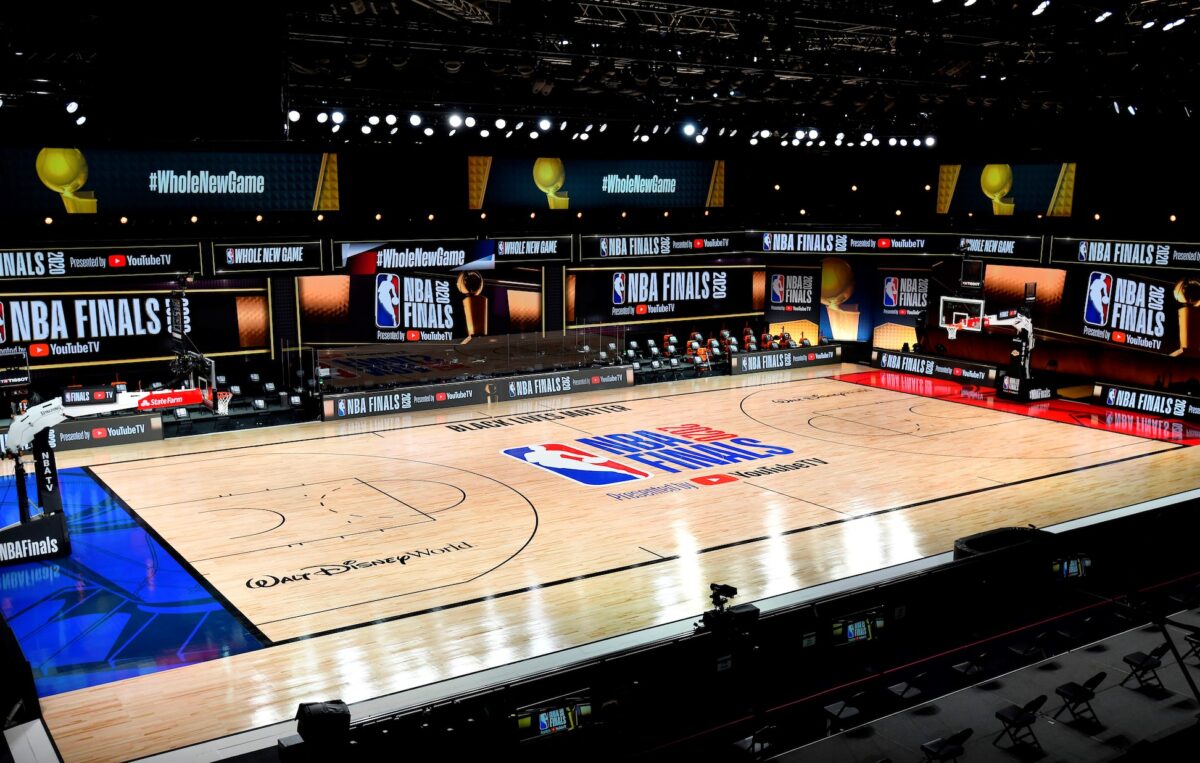 The court design for the highly anticipated battle between the Miami Heat and Los Angeles Lakers has been revealed.

The court for the 2020 NBA Finals has been unveiled. pic.twitter.com/L3h5Eu8CgC

The novel coronavirus forced the NBA to conclude the 2019-20 season at Walt Disney World Resort in Orlando, Fla.

Players on the Heat and Lakers have been in the bubble since early July. If the NBA Finals goes to seven games, both teams will remain in the bubble until around the middle of October.

The Lakers are favored to win the 2020 championship. They had the best record in the Western Conference and cruised through the 2020 playoffs.

In addition, the Lakers are led by four-time MVP LeBron James. The forward is averaging 26.7 points, 10.3 boards and 8.9 assists per game in the postseason.

As for the Heat, they are the underdogs. Nonetheless, they hold a high level of confidence. After all, they beat the league-best Milwaukee Bucks in the second round and star-studded Boston Celtics in the Eastern Conference Finals.

Game 1 of the NBA Finals takes place on Wednesday night.