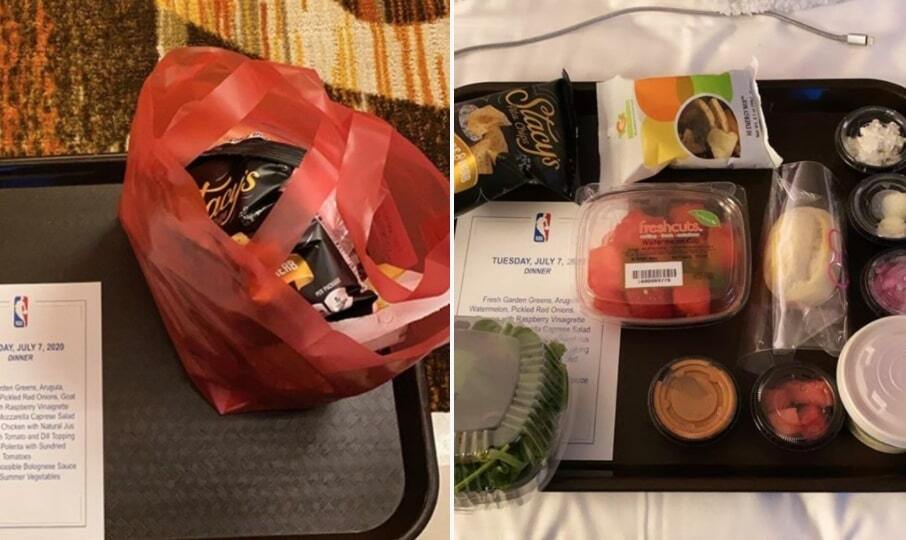 As NBA players start to make their way to the league’s bubble environment in Orlando, Fla., they will start to familiarize themselves with the safety protocols and restrictions in place.

Apparently, the restrictions include the food that is currently being supplied to them.

On Tuesday night, Denver Nuggets guard Troy Daniels shared a picture of a meal that was brought to his hotel room.

Troy Daniels shared what dinner looked like the first night inside the NBA bubble.

Chris Chiozza shows off the main course for dinner inside the NBA bubble.

Luckily, Marc Stein of the New York Times tweeted some good news about the food that players will be served not long from now.

Food in the NBA bubble changes after quarantines are completed. Player meals won't look like airline trays after the first 48 hours …

Indeed, it’s reported that players will eventually get to have meals prepared by chefs. In fact, each team will have some input on creating a menu of healthy meals that will satisfy the nutritional needs of each player.

While these pictures of early meals from within the bubble are certainly funny, it looks like NBA players won’t have to endure the underwhelming eats for long.