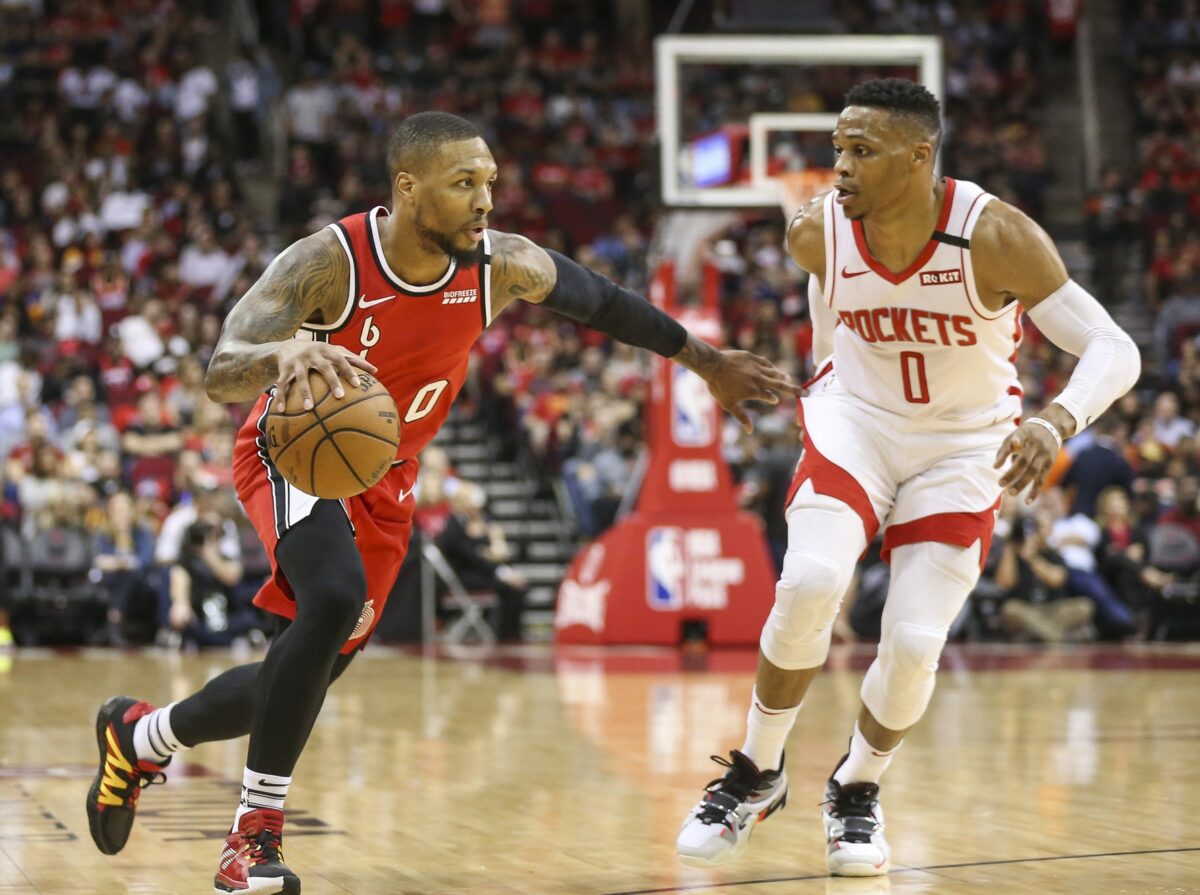 Most of those encounters came while Westbrook was still in the Western Conference playing for the Oklahoma City Thunder and Houston Rockets.

Here’s one clip from the 2019 NBA playoffs that shows the two stars getting into it.

And here’s another of Lillard getting fired up after a Westbrook miss and then drilling a bomb on the other end.

It’s safe to say these two love to go at it.

In fact, Lillard said that Westbrook would be his “arch nemesis” if he had to choose one.

“If I had to say I had an arch nemesis, it would probably be Russ [Westbrook], because when me and Russ play, we going after each other,” Lillard said on The Fat Joe Show. “It’s been that way every time we’ve played since I’ve been in the NBA. Eight straight years of just me and him going at each other.”

Lillard and Westbrook won’t get to square off as often this season with Westbrook now in the East, but they will be must-watch television when they do.