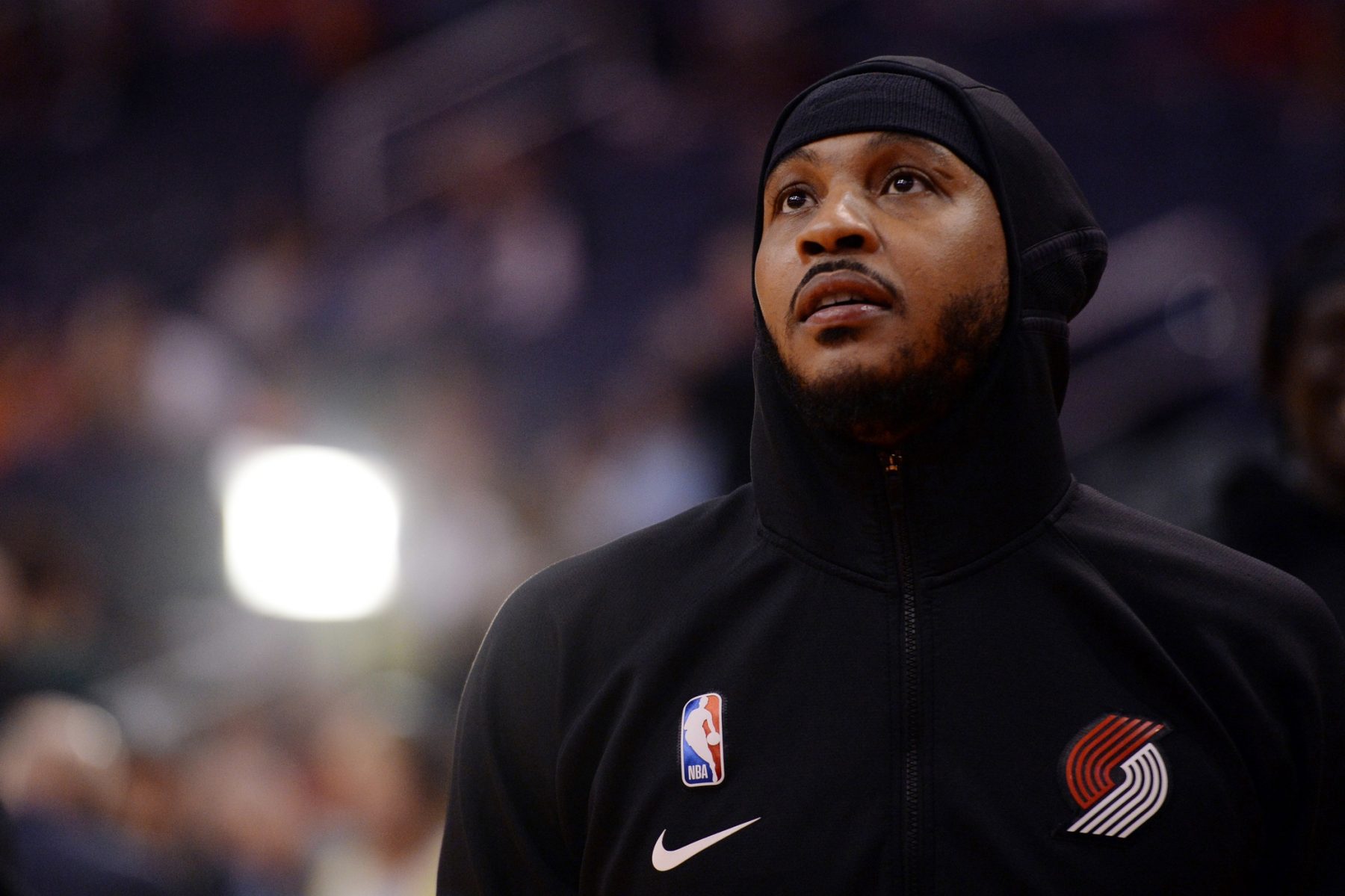 As the NBA inches closer to resuming the 2019-20 season, there are reportedly a few players who seem unsure whether they want to participate.

One of them is apparently the Portland Trail Blazers’ Carmelo Anthony.

"As far as actually playing … I'm still up in the air a little bit because we don't have all the details. We don't know a lot of information, so until we have that, it's kind of hard to just commit to it 100 percent"

Concerns about the rigid rules of bubble life, as well as fears the restart could sap momentum from the Black Lives Matter movement so many NBA players are actively supporting, have led to a growing belief leaguewide that there will be players who choose not to play in Orlando

Ever since the NBA Board of Governors approved a general framework to return to play, details have slowly been trickling out about what that would entail.

It appears the biggest holdup is the restrictive nature of the safety protocols the NBA will enact in response to the novel coronavirus pandemic.

As of now, there will be serious prohibitions regarding family members being allowed to enter the bubble environment, especially during the first several weeks of the resumption.

Sources have told ESPN’s Adrian Wojnarowski that if a player refuses to participate, he will be allowed to do so, but he won’t be paid for the eight regular-season games that will take place.

The NBA and NBPA are expected to agree on a provision that wouldn't require players to restart the season, nor subject them to discipline for staying home, sources tell ESPN. The players would lose a portion of salary for those games missed. https://t.co/WkV5qqEmE5

As of now, there haven’t been any official petitions from players who do not want to participate in the resumption of play.

Anthony, 36, has had something of a renaissance season. After dismal stints with the Oklahoma City Thunder and Houston Rockets the last two years, he is putting up 15.3 points a game while shooting 37.1 percent from 3-point range so far this season.