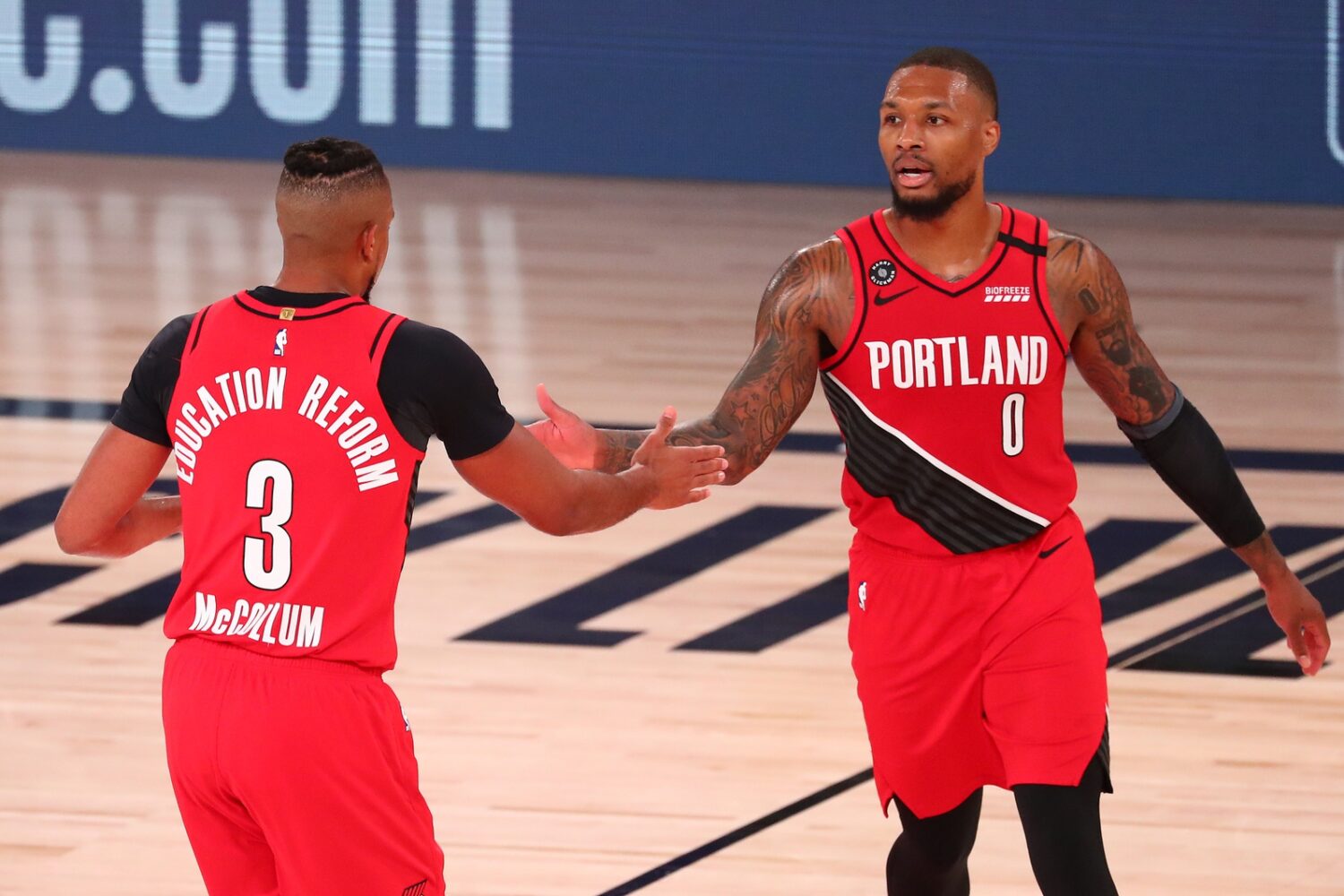 When the Portland Trail Blazers entered the NBA bubble in Orlando, Fla. to resume the 2019-20 season, they seemed like a mathematical long shot to make the playoffs.

But thanks to the high-scoring hijinks of their superstar guard Damian Lillard, the Blazers were able to sneak into the postseason.

It seems that Lillard had a secret weapon during that time courtesy of teammate C.J. McCollum’s personal blend of pinot noir wine, which McCollum called “Heritage 91” and shared with many other players.

“But no one was a bigger fan than Damian Lillard,” wrote Taylor Rooks of GQ.com. “McCollum’s backcourt running mate said Heritage 91 was a magic elixir, the good-luck charm behind his historic bubble hot streak. Every time Lillard drank some, he’d go out and drop 50 on the other team, so he made it a point to incorporate McCollum Heritage 91 into his nightly routine.”

Once he got into the bubble, Lillard became a one-man inferno. He had 51 points in a win over the Philadelphia 76ers on Aug. 9., and he dropped 61 points on the Dallas Mavericks just two days later. So clearly, McCollum’s “magic elixir” worked like a charm.

By winning the league’s inaugural play-in tournament against the Memphis Grizzlies, the Blazers qualified for the eighth seed in the Western Conference by the slimmest of margins.

Although they suffered a gentleman’s sweep at the hands of the eventual champion Los Angeles Lakers in the first round of the playoffs, the Blazers have plenty to look forward to.

With a healthy Jusuf Nurkic and new additions such as 3-and-D forward Robert Covington, Portland could very well be a dark horse contender this season.