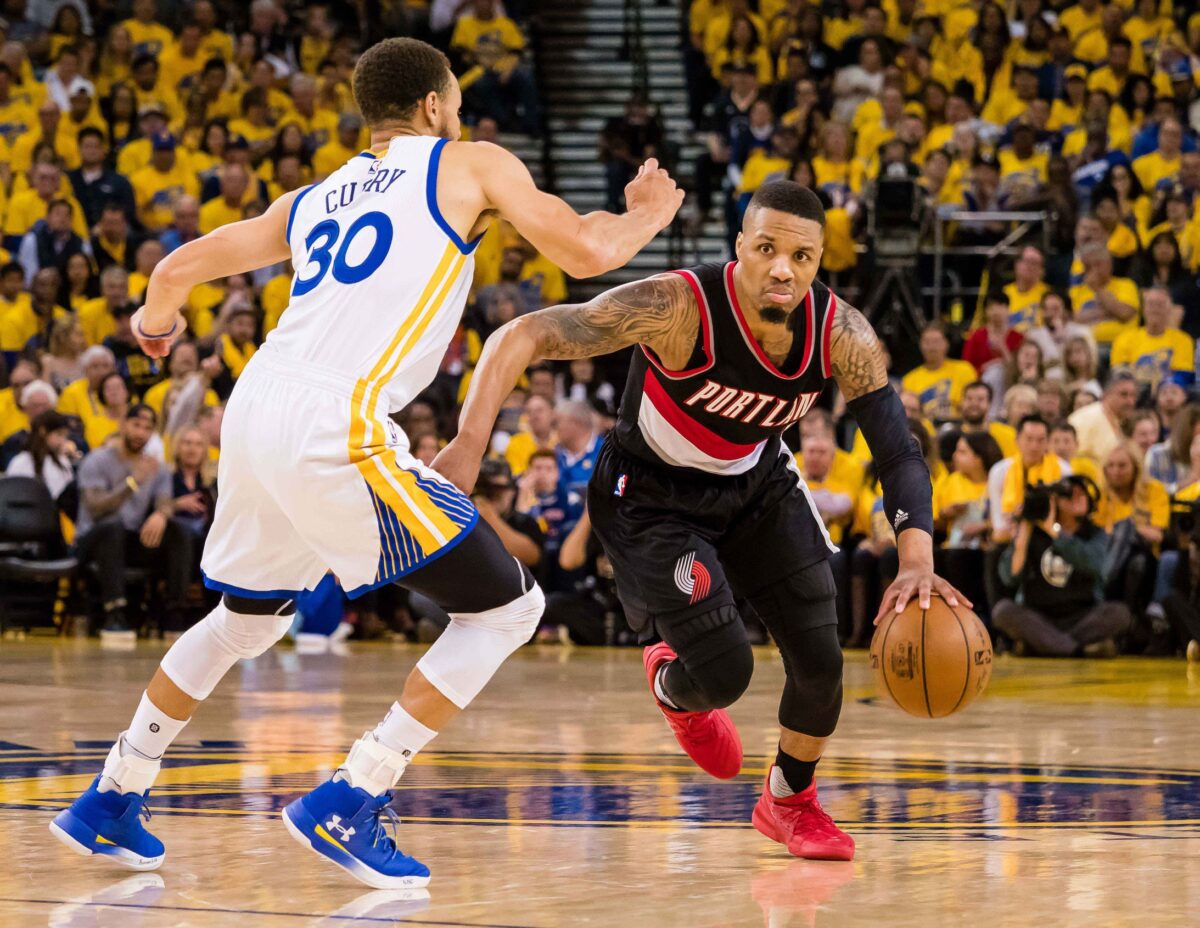 Portland Trail Blazers point guard Damian Lillard is one of the best players in the NBA.

However, some believe that he isn’t a part of the elite tier of point guards such as Stephen Curry, Russell Westbrook and Chris Paul.

It’s clearly disrespectful to Lillard, who has made five All-NBA teams in his career. Lillard recently talked about why he thinks he deserves more respect in the league.

"I’m looking at Steph [Curry], and Russ [Westbrook] and CP [Chris Paul], and I don’t view them as above me."

“I felt that way a few years in my career,” Lillard told Golden State Warriors forward Draymond Green about commanding respect from people around the league. “I’m looking at Steph and Russ and C.P., and I don’t view them as above me.”

Lillard continued to talk about how he views his critics.

“The way I see people speak on my name sometimes is almost like, ‘He’s a great player but,’ ya know?” Lillard said. “But what?”

Lillard led the Blazers to the Western Conference Finals in 2019 before they were eliminated by the Warriors.

This season, he put on a tremendous performance in the eight seeding games in the NBA’s Orlando, Fla. bubble to sneak the Blazers into the playoffs.