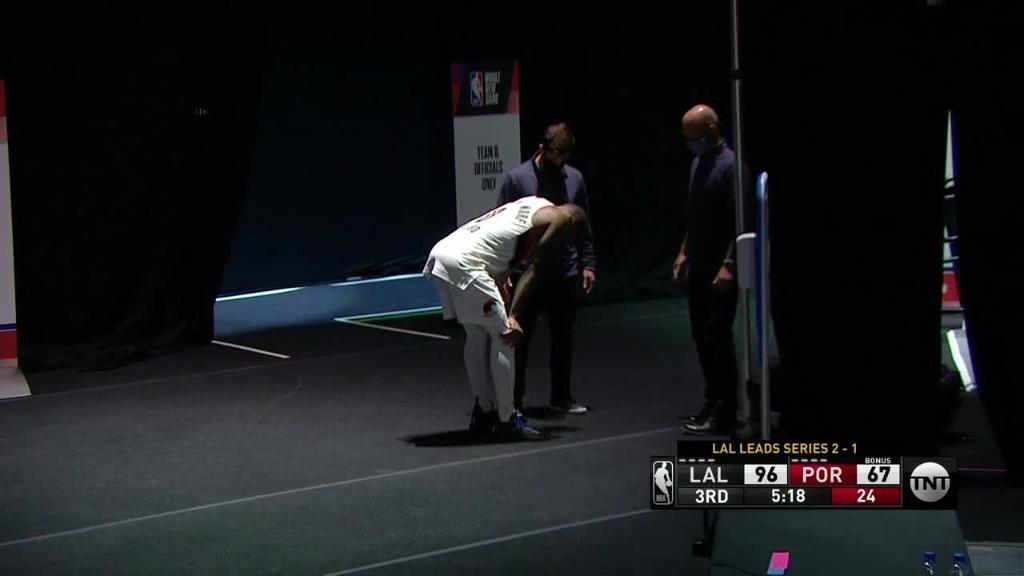 The Portland Trail Blazers fell behind by a large margin early in Game 4 of their first-round playoff series against the Los Angeles Lakers, and things only went south from there.

Superstar guard Damian Lillard was forced to leave the game in the third quarter with what appeared to be a right knee injury.

Prior to the series, Lillard was the hottest player in the league. He averaged 37.6 points and 9.6 assists in the eight seeding games in the bubble, then put up 31 points and 10 dimes in the play-in tournament game against the Memphis Grizzlies.

Although Lillard averaged 28.7 points a game in the first three games of this series, he’s only averaging 4.3 assists a game and has failed to shoot at least 43 percent from the field in any game.

Needless to say, if he has to miss Game 5, it could be a death knell for Rip City.