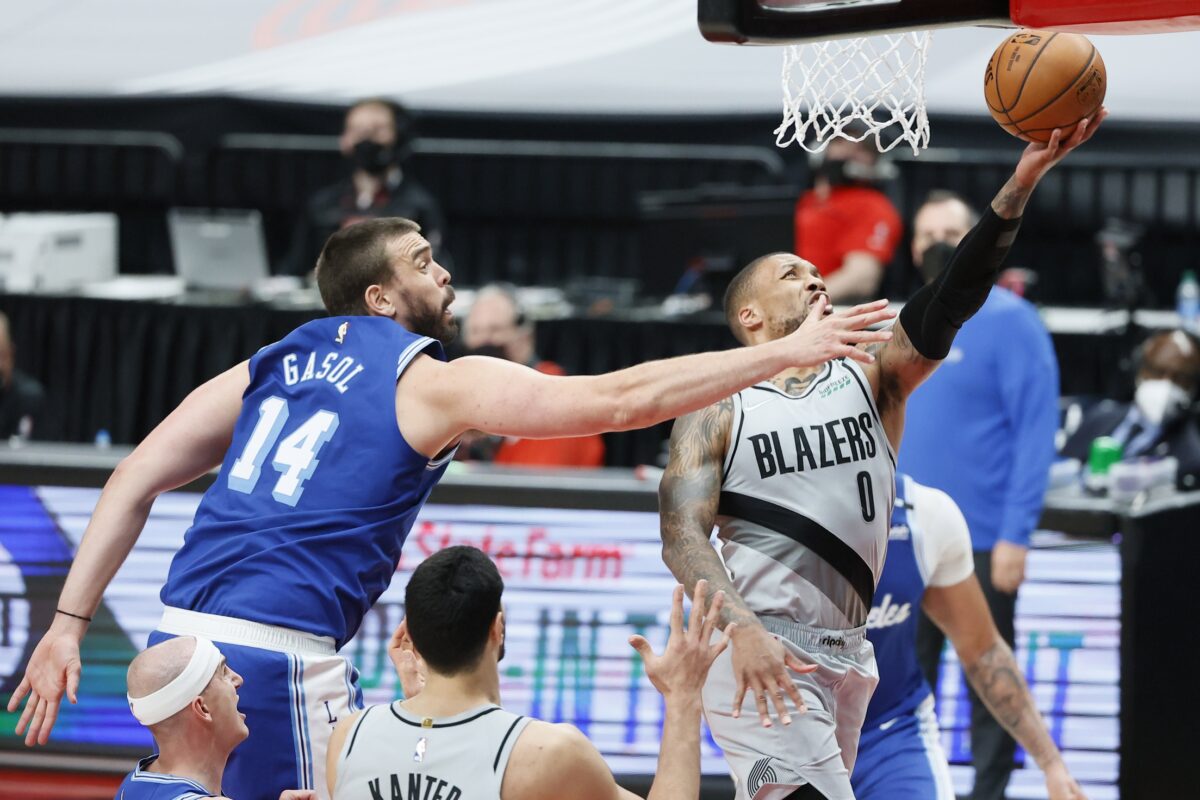 With a win over the Los Angeles Lakers on Friday night, the Portland Trail Blazers currently find themselves avoiding the play-in tournament to get into the 2021 NBA Playoffs.

A big reason for that change in luck is thanks to the team winning six of its last seven games. The current surge comes right after a low point for the team in which it lost seven of eight contests. Of course, star Damian Lillard is at the center of the team’s success, and he recently credited his trainer for helping to motivate him to turn the season around.

“And in April, when the Blazers were in a stretch of losing seven of eight games, during which Lillard’s scoring dipped to 21.6 points and his shooting cooled to 35 percent from the field and 32 percent from 3-point range, [Phil] Beckner gave it to Lillard straight,” Jason Quick of The Athletic wrote.

“Said Beckner: ‘He’s strong enough and secure enough to let me challenge him.'”

Lillard has risen to superstardom in recent seasons and is widely considered to be one of the best guards in the NBA. He may also be considered the best performer in clutch moments.

Friday’s win certainly supported that reputation. With the No. 6 seed in the Western Conference on the line, Lillard dropped 38 points on a stunningly efficient shooting night. He went 12-of-18 from the field and 5-of-9 from beyond the arc.

He also hit all nine of his free-throw attempts.

Though the Blazers will still have to finish out strong to maintain their shaky grip on the sixth seed, Lillard seems zeroed in.

That’s bad news for any team that will have to face the Blazers once the postseason begins.