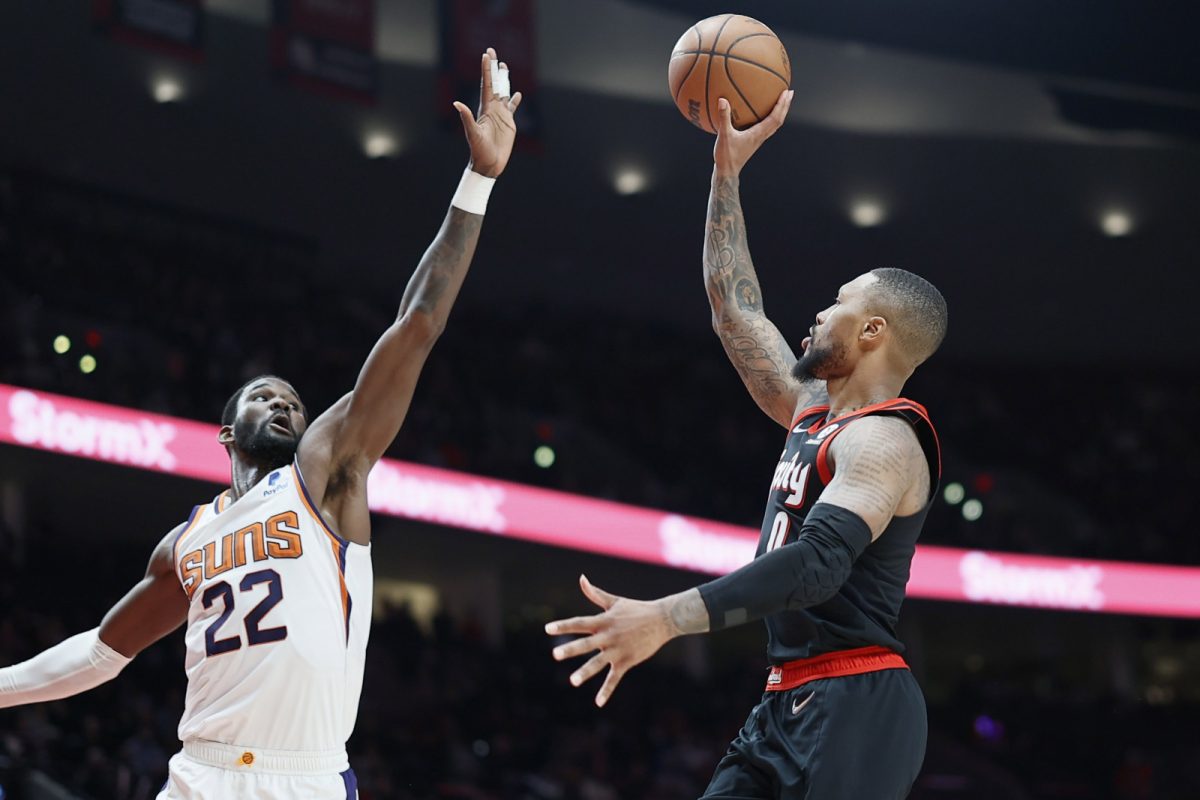 The Portland Trail Blazers blew up their roster during the 2021-22 season, as they traded away Robert Covington, C.J. McCollum and Norman Powell.

With Damian Lillard dealing with an abdominal injury, the Blazers ended up being one of the worst teams in the Western Conference in the 2021-22 campaign.

The Blazers are looking to rebuild their roster this coming offseason, and Phoenix Suns center Deandre Ayton could be a potential target.

According to Bleacher Report’s Jake Fischer, Lillard is interested in playing with Ayton.

“Like Portland, it seems like he’s another guy that Dame has interest in playing with,” Fischer said regarding Ayton.

Ayton would be an interesting piece for the Blazers, but it’s tough to predict how likely it is that he lands with Portland.

During the 2021-22 season, Ayton averaged 17.2 points and 10.2 rebounds per game while shooting 63.4 percent from the field. The Suns have been NBA Finals contenders for two straight seasons, but it seems like there’s a good chance their frontcourt will have a different look next season.

The Blazers are hoping they can build a contending roster around Lillard for the 2022-23 campaign. If Ayton ends up being part of the team’s attack, he’d likely bring an extra offensive boost to the team’s frontcourt.