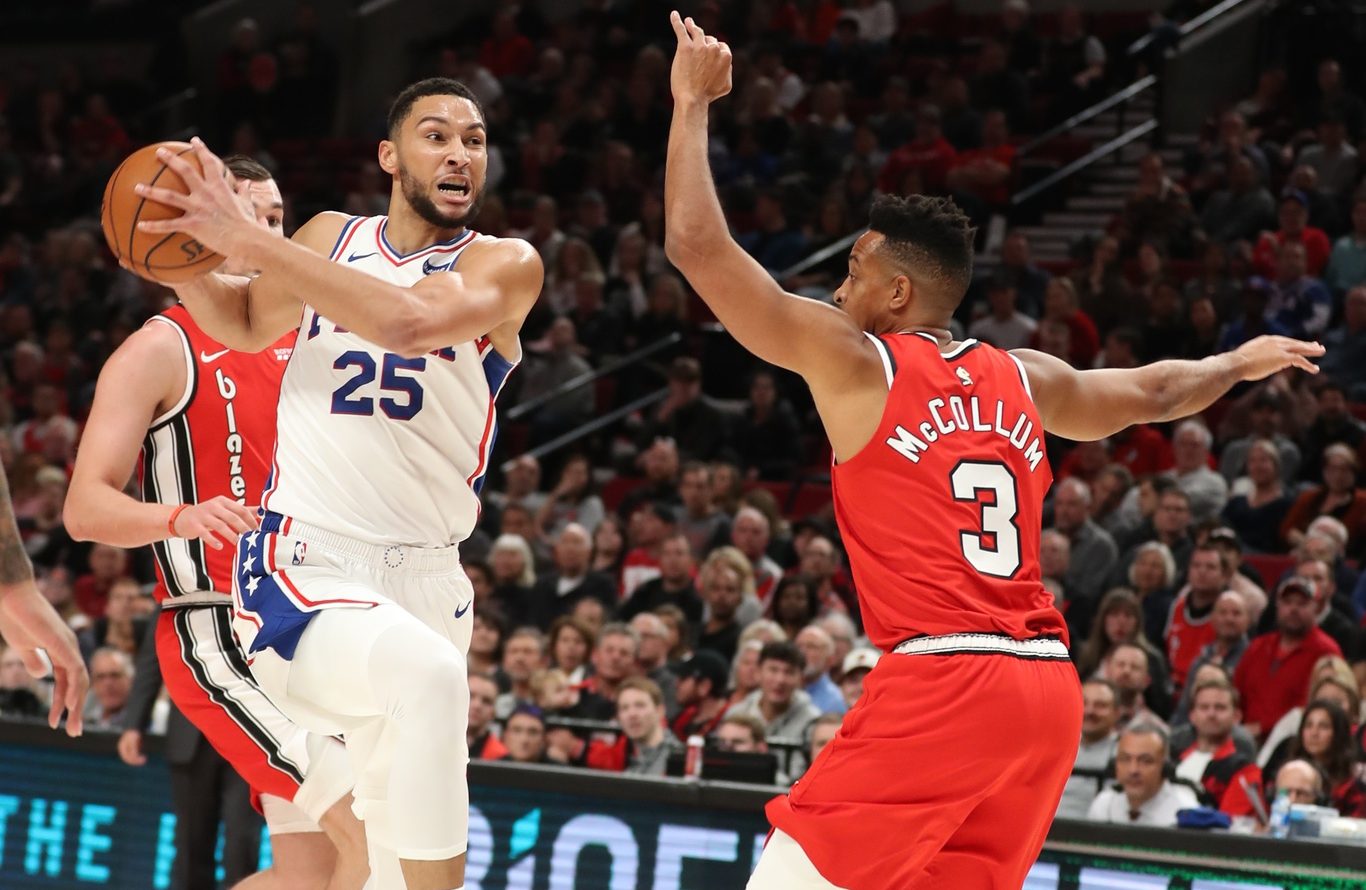 The Philadelphia 76ers and Portland Trail Blazers are both off to rocky starts this season.

The Sixers are barely above .500 with a 12-11 record on the year, and the Blazers are struggling to stay afloat in the Western Conference with an 11-13 record.

Both the Sixers and Blazers have been mentioned frequently as teams who might make some noise in the trade market, and it sounds like the two organizations discussed a potential blockbuster trade with each other.

According to a report, Philadelphia and Portland talked about a potential deal involving the Sixers’ Ben Simmons and the Blazers’ C.J. McCollum. It sounds like the two teams had different packages in mind regarding a return for Simmons.

“Sources say the Trail Blazers, under [Neil] Olshey, discussed the framework of a trade for Simmons, moving CJ McCollum, a first-round draft pick and a young player such as Nassir Little or Anfernee Simons to Philadelphia,” wrote Shams Charania and Sam Amick of The Athletic. “The 76ers, sources said, at one point asked the Trail Blazers for McCollum and multiple draft picks and multiple draft swaps, which Portland rejected.”

Damian Lillard reportedly wants to play alongside Simmons. Those two players would certainly form a very interesting duo if they were to end up as teammates.

“Multiple sources have told The Athletic that Lillard would like to play with Philadelphia 76ers three-time All-Star Ben Simmons,” Charania and Amick wrote.

Lillard took to Twitter on Monday to seemingly swat some of the recent buzz down.

These mfs love drama too damn much. https://t.co/ej15TkAybZ

Many NBA fans feel that Portland’s backcourt duo featuring Lillard and McCollum isn’t going to produce a title. The Blazers are perennial playoff contenders, but they haven’t reached the NBA Finals this century.

As for the Sixers, it’s starting to seem like Joel Embiid isn’t going to be able to carry Philadelphia to a successful season without much of a supporting cast. Trading Simmons away in exchange for some new talent to help Embiid would make a lot of sense for the organization.