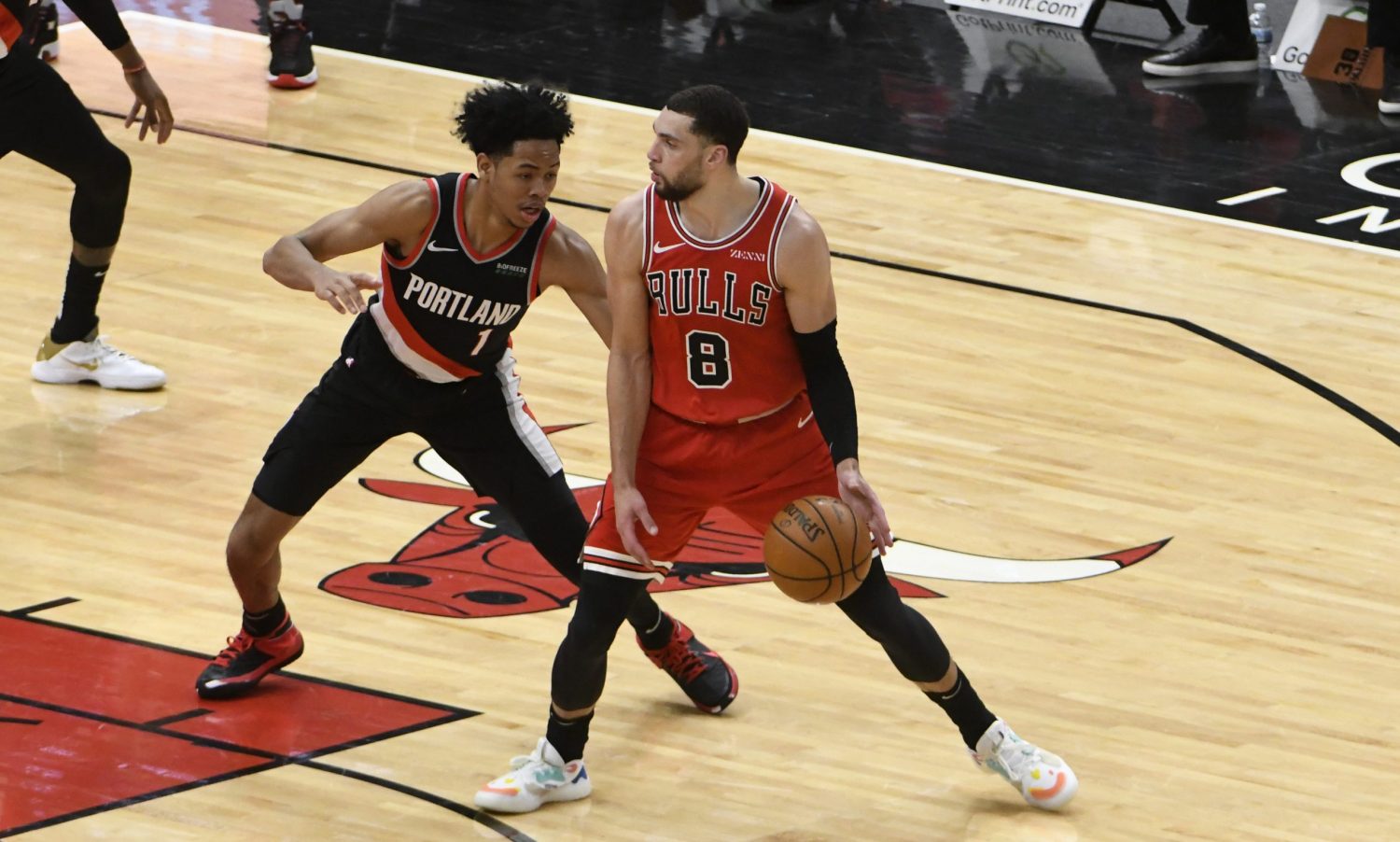 Though the 2022 NBA Playoffs are in full swing, teams whose seasons are already over are looking towards the offseason. Of course, for many teams, the offseason presents an opportunity to get better through trades, the draft and free agency.

When it comes to free agents, perhaps the greatest prize that is expected to be on the market is Chicago Bulls guard Zach LaVine.

LaVine has become a major star in recent years and proven to be one of the more dynamic scorers in the league. Some signs have pointed to the fact that he will consider opportunities elsewhere this summer, and the Portland Trail Blazers could reportedly be a suitor.

Brian Windhorst noted that the Blazers have “popped up” as a potential landing spot for the blossoming star.

The Portland Trail Blazers have "popped up" as a potential landing spot for Zach LaVine, per Brian Windhorst pic.twitter.com/BQ5XPHsrua

In the 2021-22 regular season, LaVine had another phenomenal year. He finished the season with averages of 24.4 points, 4.6 rebounds and 4.5 assists per game while shooting 47.6 percent from the field and 38.9 percent from deep. It was the second year in a row that he was named to the All-Star Game.

What makes LaVine an even more exciting prospect is that he is just 27 years old. He has really just entered his prime and is already playing at an incredibly high level. It stands to reason that he will be able to elevate his game even more before he reaches his ceiling.

As for the Blazers, their past campaign served as a major disappointment. Injuries hampered them greatly, and they finished the season as the No. 13 team in the West.

If they added LaVine, however, they would likely reinsert themselves in the playoff conversation immediately.