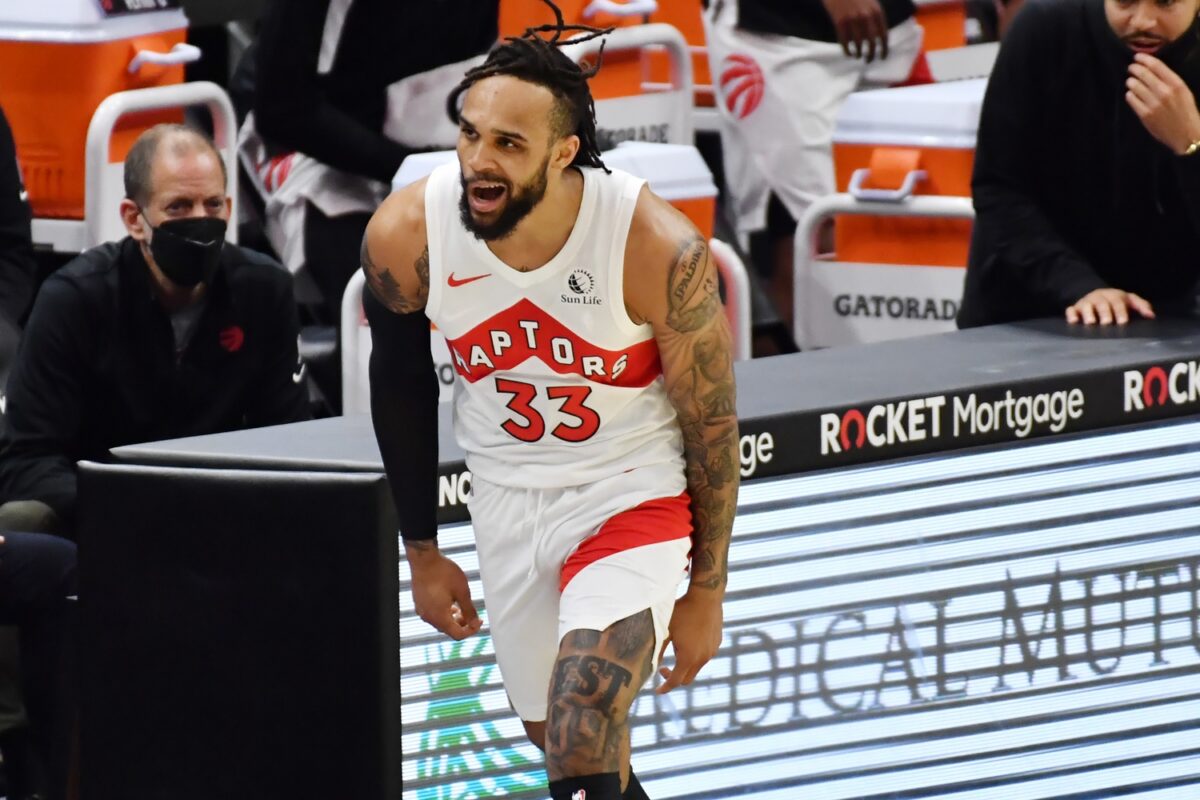 That projection played a large role in them trading him to the Toronto Raptors.

“Part of the Blazers’ calculus in swapping Trent for [Norman] Powell was projecting their former second-round pick’s next salary to average around $15 million annually, only for Trent to largely play back-up minutes to [C.J.] McCollum,” Bleacher Report’s Jake Fischer wrote. “Powell’s number is expected to be around $20 million, according to league sources polled by B/R, yet he’s played as the Blazers’ third starting guard, capable of defending opposing small forwards.”

Both Powell and Trent are set to hit free agency this offseason, but the Blazers clearly felt that Trent was going to make too much in free agency for them to keep him around.

However, they could run into the same scenario with Powell, according to Fischer.

“But what if some team with cap space, perhaps the New York Knicks, were to extend a significantly higher offer?” Fischer wrote. ‘“The Powell numbers might get crazy,’ said one Western Conference voice. Tom Thibodeau has long been considered to covet Powell, and the Knicks could offer him a four-year agreement north of $100 million if they choose.”

Portland is currently the No. 6 seed in the Western Conference and looks poised to be in the playoffs once again this season.

Trent has been flourishing since the trade, as he is averaging 18.4 points per game in 10 games with the Raptors.