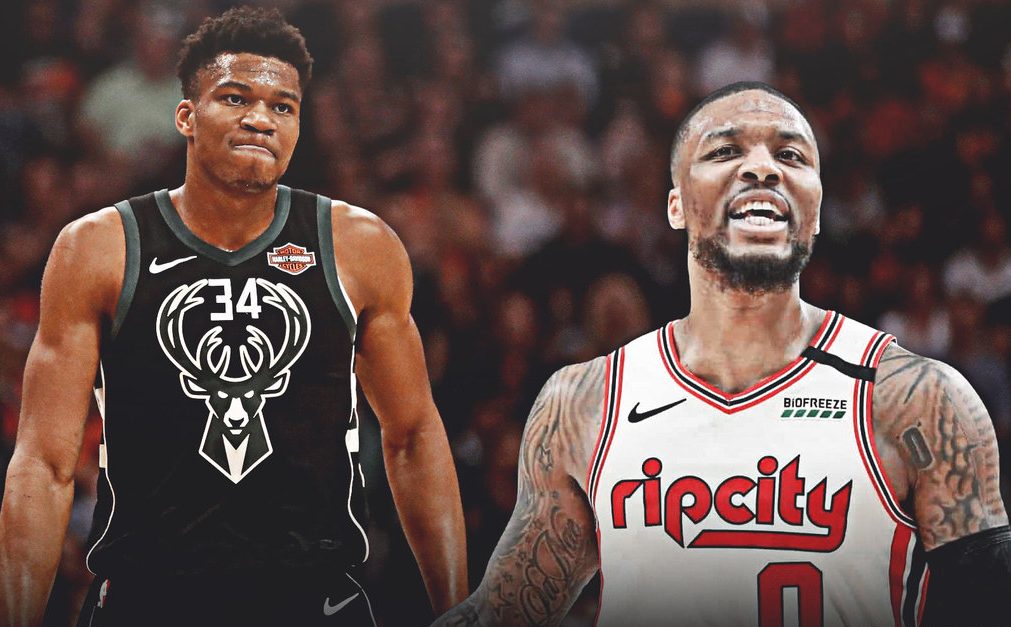 Portland Trail Blazers point guard Damian Lillard reportedly believes that he and Milwaukee Bucks superstar Giannis Antetokounmpo could win a championship if they decide to team up in Portland.

“You’ve got teams like Portland, led by Damian Lillard, who would love to have Giannis,” ESPN’s Stephen A. Smith said. “You talk to to a guy like Dame Dolla, he believes that, ‘Hey Giannis and me together would win the chip.’ Those are the kind of things that could potentially be options out there if he can’t get it done in Milwaukee.”

The Blazers were eliminated in five games by the Los Angeles Lakers in the first round of the NBA playoffs this season.

However, Lillard led the Blazers on a massive surge in the NBA’s Orlando, Fla. bubble to even get into the playoffs.

The Bucks and Antetokounmpo currently trail the Miami Heat 3-1 in the second round of the playoffs.

Milwaukee was able to win Game 4 on Sunday to avoid getting swept. Antetokounmpo missed the second half of the game with an ankle injury that he originally suffered in Game 3.

Should the top-seeded Bucks get knocked out by Miami, it certainly will lead to speculation around Antetokounmpo’s potential departure.

He is expected to hit free agency in the offseason following the 2020-21 NBA season.