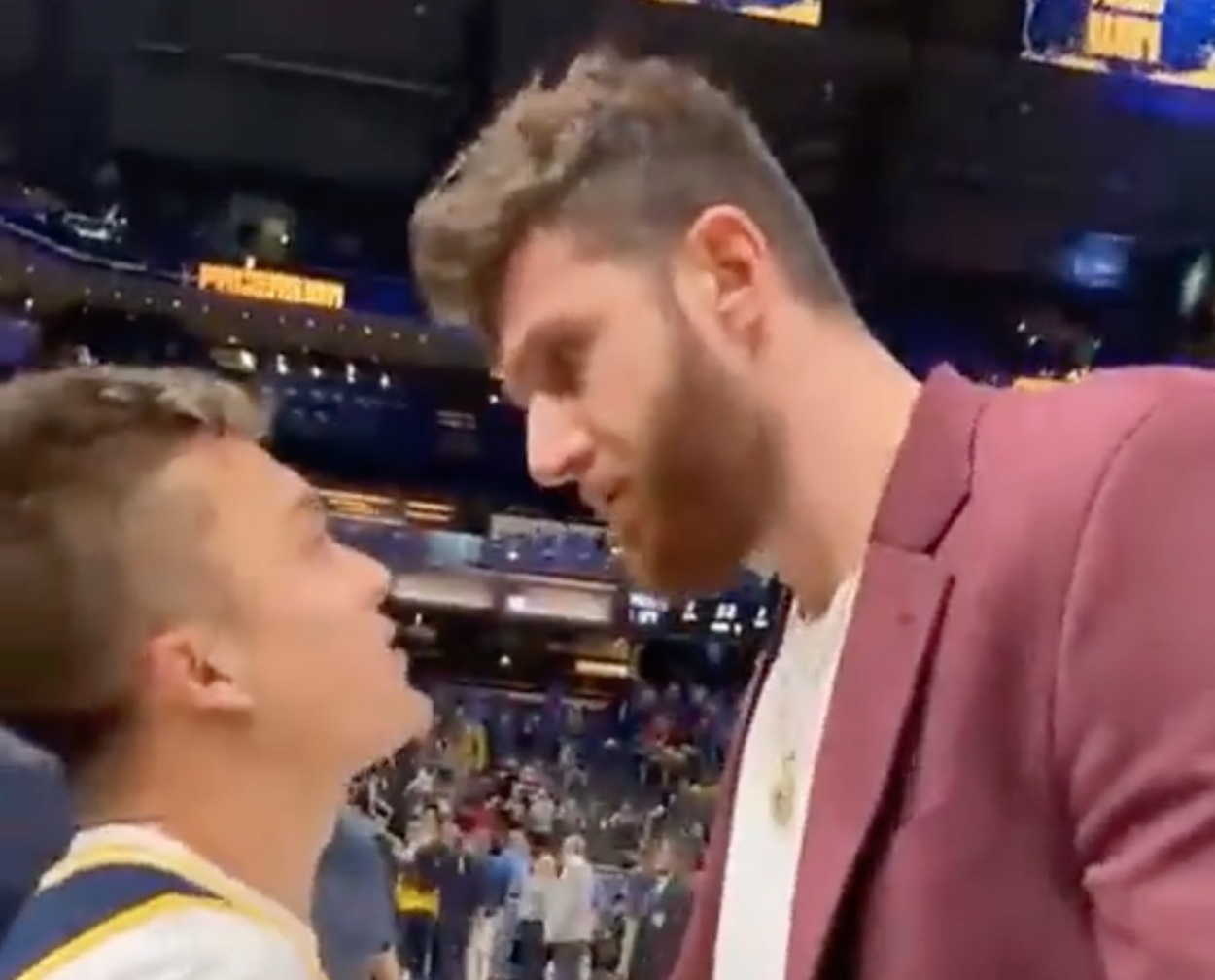 The video shows Nurkic grabbing the Pacers fan’s phone before throwing it away. Nurkic was fined $40,000 by the league for the incident.

Now, details of what led to the confrontation have come to light. The fan allegedly shouted at the big man that “your mom is trash” and went so far as to tell Nurkic that his “grandma’s a b—-.”

To make matters even worse, Nurkic’s grandmother tragically died in 2020 due to COVID-19.

The fan who Portland Trail Blazers center Jusuf Nurkic confronted in Indiana allegedly shouted “your mom is trash” and said his “grandma’s a b**tch,” league sources tell @YahooSports. Nurkic’s grandma passed away of COVID-19 in 2020.

It’s a pretty stunning new chapter in this unfortunate story. Of course, it is out of character for any NBA player to interact with fans in the way Nurkic did. While some players may talk back to haters in the stands, it is another story entirely for a player to engage a fan how Nurkic did.

Right now, Nurkic is out of the Blazers lineup due to a foot injury. He last played in a contest on Feb. 16. He played in 56 games during the 2021-22 campaign prior to going on the shelf. In those games, Nurkic averaged 15.0 points, 11.1 rebounds and 2.8 assists per game.

Perhaps, some fans may have thought that Nurkic’s frustration from having to sit out and miss games got the better of him and led him to confront the fan on the sideline. Now, it seems as though he was simply responding to direct and completely inappropriate attacks on his family.

Portland currently sits in 12th place in the Western Conference with a 27-44 record.