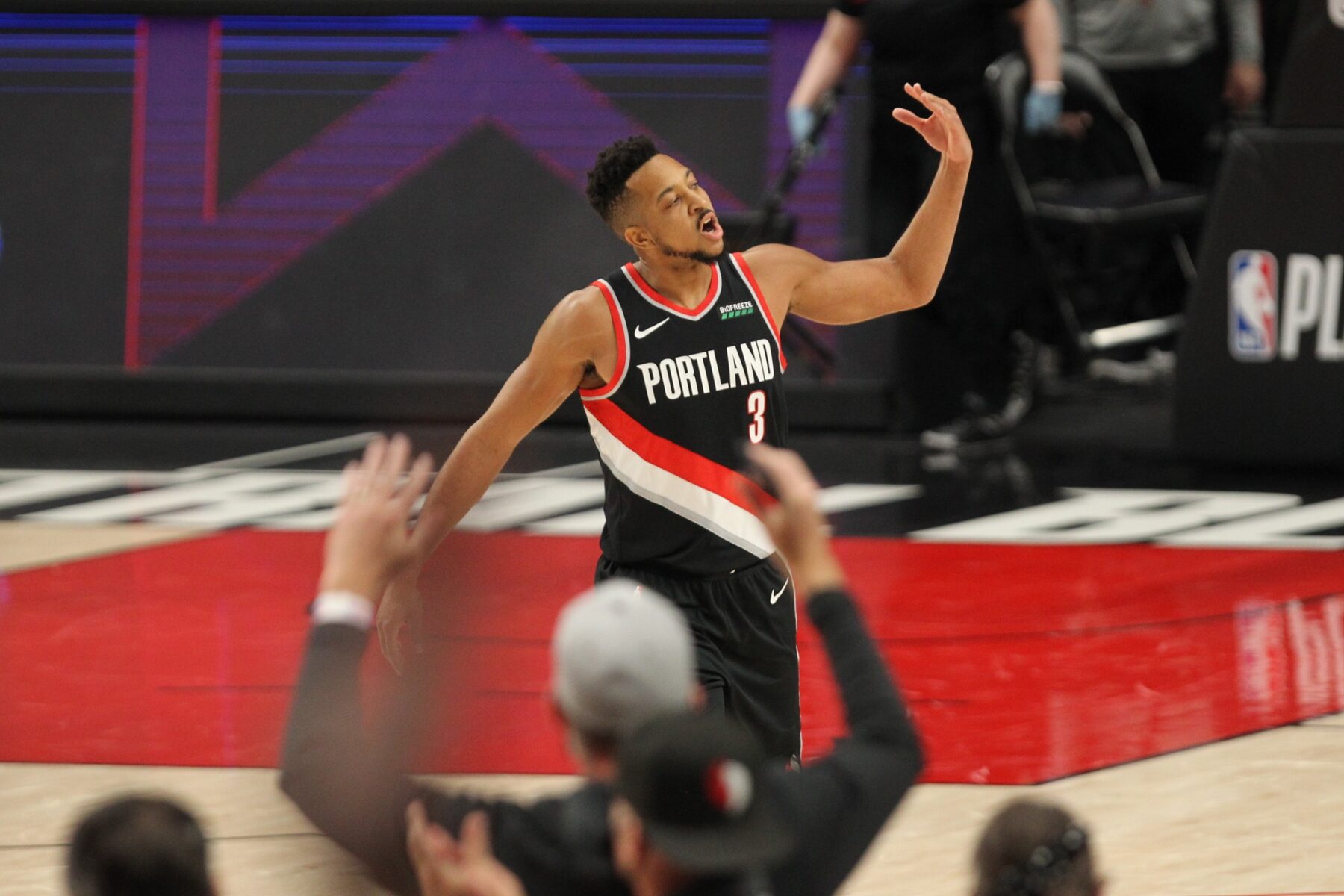 A centerpiece for the Portland Trail Blazers franchise seems to be safe at home in the Pacific Northwest, at least for the time being.

C.J. McCollum, the Blazers’ longtime shooting guard and 10th overall pick in the 2013 NBA Draft, has had his name mentioned in trade rumors following Portland’s first-round exit in this season’s playoffs.

However, those rumors appear to be speculation at this point. According to sources, the Trail Blazers have assured McCollum that he will not be traded this offseason. McCollum’s contract around the league has been viewed as a net negative due to his age and high salary.

The eight-year Blazers veteran signed a contract extension leading up to the 2019-20 season and is currently set to earn an average salary of $33 million from Portland over the next three seasons.

By deciding to keep McCollum for the time being, Portland is betting that he can continue to be a key piece for the franchise for the duration of his contract. Despite never finishing as an All-NBA player at any point in his career, McCollum has averaged at least 21 points per game over the past five seasons and been a big part of the team’s offensive success since hitting his stride.