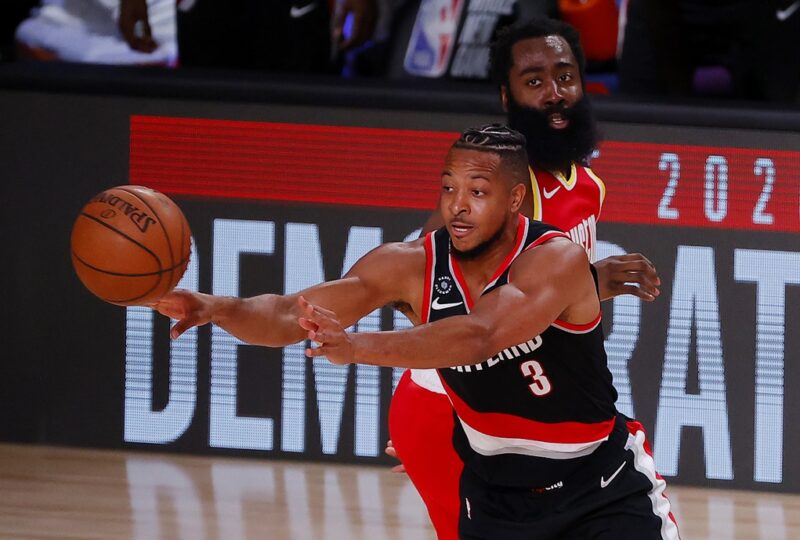 According to Jason Quick of The Athletic, the Blazers are unwilling to trade C.J. McCollum in any package.

“It’s why Neil Olshey, the Blazers’ president of basketball operations, has so staunchly rejected the idea of trading McCollum,” Quick wrote. “Years ago, when asked about breaking up the backcourt, Olshey broke from his strict policy of not addressing player contracts or status. He countered with his own question: Why would he break up one of the best backcourts in the NBA?”

McCollum, 29, has played on the Blazers for his entire career.

Harden, 31, reminded everyone why he’s one of the best players in the league. The former MVP led the Rockets with 44 points, 17 assists and four rebounds on Saturday.

On the other end, McCollum gathered 44 points, eight assists and three rebounds in 44 minutes of action in the win.

Through two games this season, McCollum is averaging 33.5 points, 5.5 assists and 3.5 boards per game.