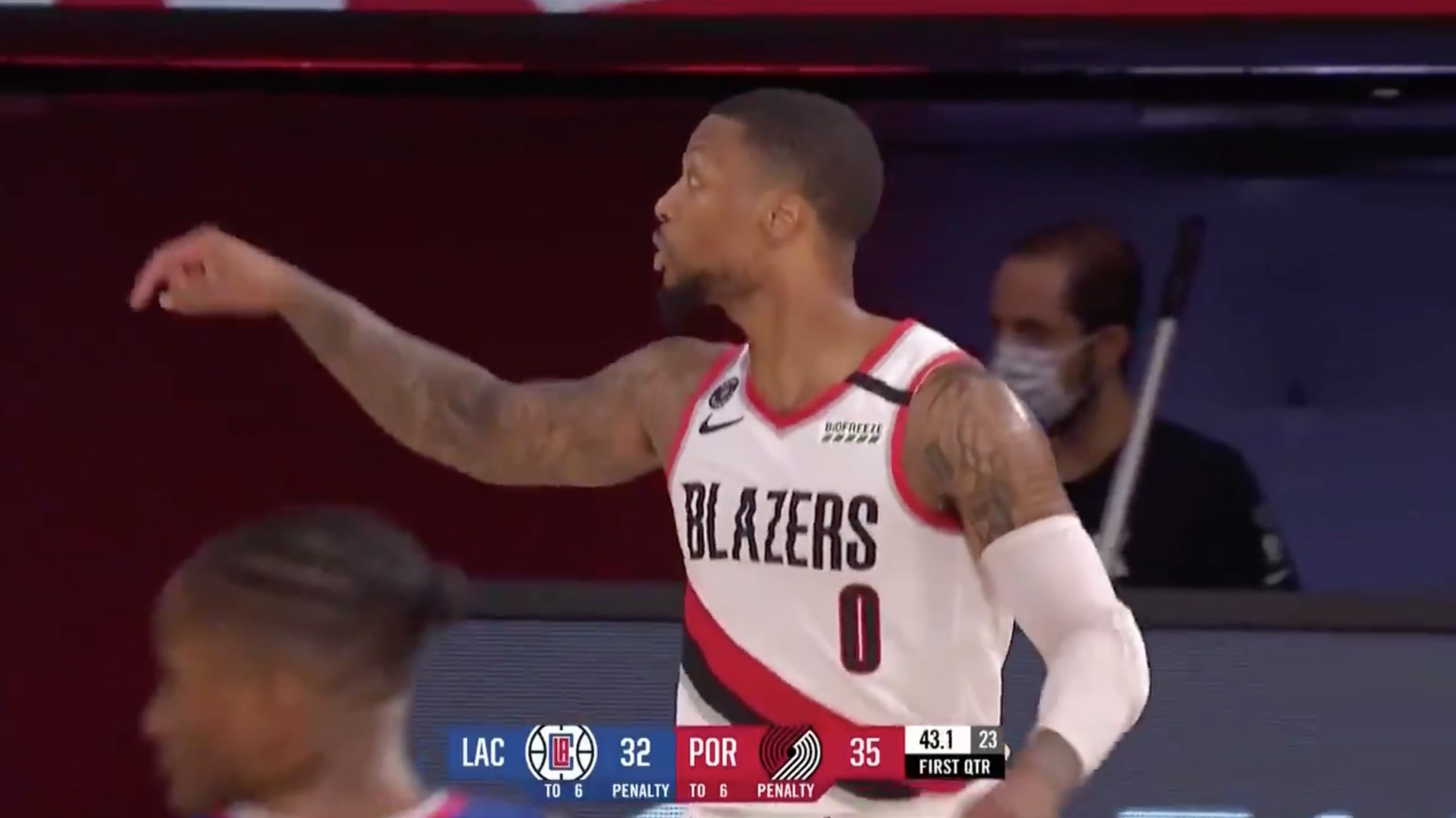 After hitting a step-back 3-pointer in the first quarter against the Los Angeles Clippers on Saturday, Portland Trail Blazers guard Damian Lillard looked at the Clippers bench and pointed at Clippers guard Patrick Beverley, saying, “I want you out here.”

Dame hits a step back three and tells Patrick Beverly who isn’t playing “I want you out here” 👀 @WorldWideWob pic.twitter.com/QCbDGbgoUN

Beverley is currently out due to a calf injury he suffered against the Phoenix Suns.

Beverley, who is regarded as one of the NBA’s best defenders, recently said that Lillard is the toughest defensive assignment he has ever had.

This seems to be nothing more than Lillard wanting to test himself against an exceptional defender in Beverley.

As of now, it seems unlikely that Lillard and Beverley will get another chance to face off against each other this season as the Trail Blazers are currently out of the playoff picture.