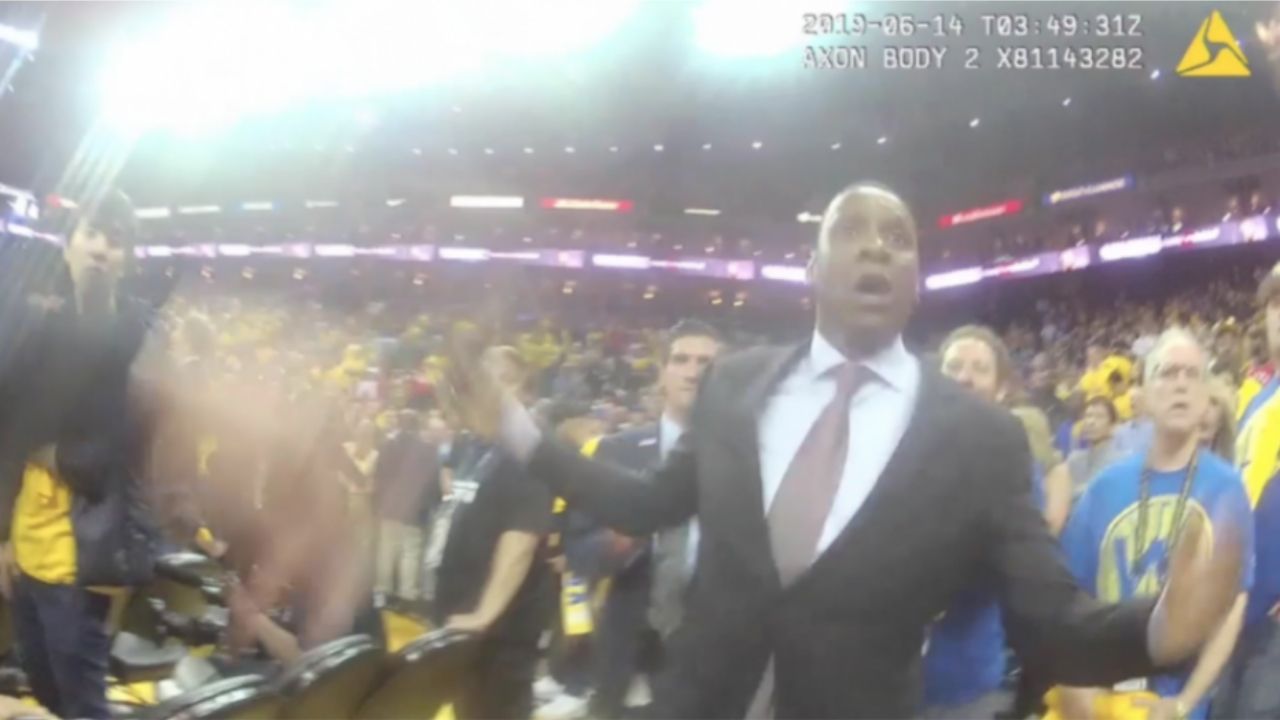 When the Toronto Raptors won the NBA championship last season, team president Masai Ujiri attempted to make his way onto the court at Oracle Arena to celebrate with his players.

However, San Francisco Bay Area police officer Alan Strickland denied Ujiri access, which led to a pushing match between the two. Strickland later filed a lawsuit that alleged that Ujiri was the instigator of the incident.

Ujiri attempted to show his team’s credentials in order to get on the court, yet was quickly shoved by Strickland. Seconds later, Strickland shoved Ujiri a second time.

In Strickland’s lawsuit, he claimed that as a result of the incident, he sustained injuries to his head, jaw, chin and teeth. Ujiri never had criminal charges filed against him regarding the altercation.

Now, Ujiri has filed a countersuit. This video is sure to play an important role in helping the court decide who the true victim of the altercation was.

The Raptors released a statement following the release of the footage, putting their whole support behind Ujiri.

Over the last several years, Ujiri has helped make the Raptors into perennial contenders. After trading for superstar Kawhi Leonard in the summer of 2018, Toronto finally broke through and won it all.

Although Leonard left to join the Los Angeles Clippers last summer, Ujiri’s squad still appears to have a real shot at making it back to the NBA Finals this year.