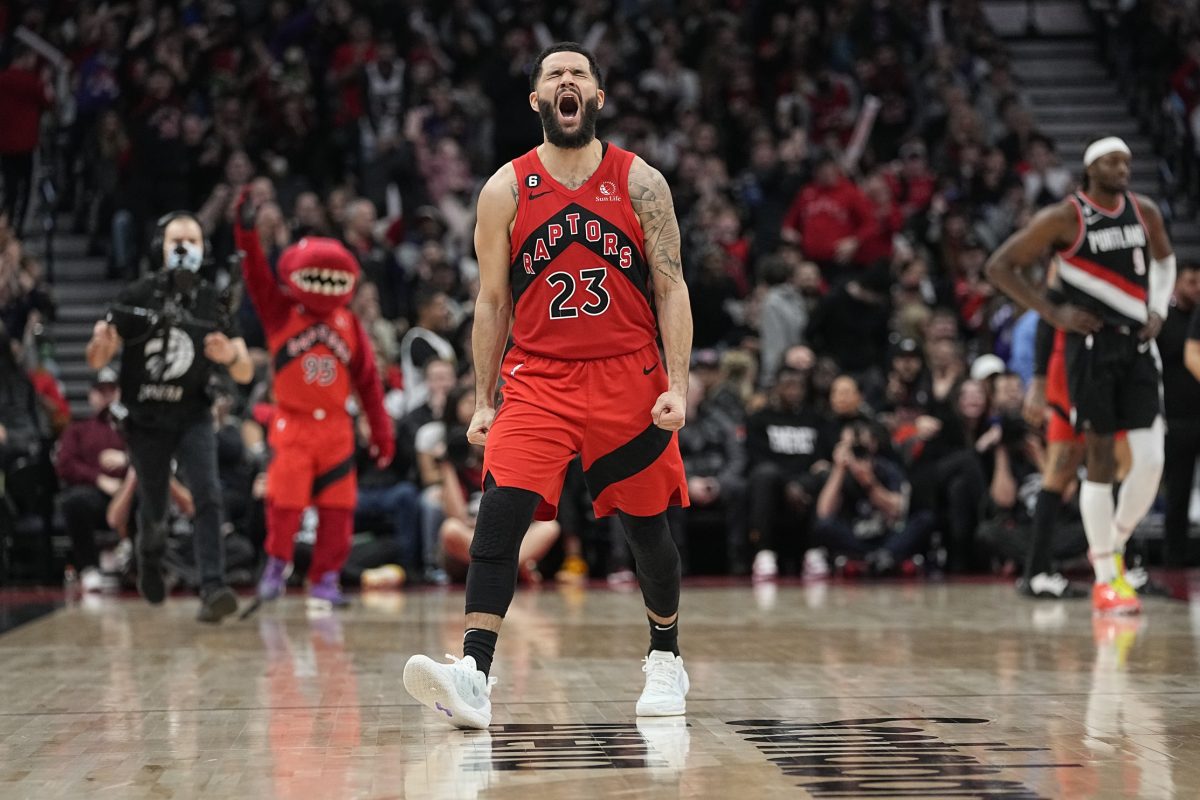 Star guard Fred VanVleet has spent his entire career with the Toronto Raptors so far, but he can become a free agent this offseason if he declines his player option for the 2023-24 campaign.

“Then there’s the pending unrestricted free agency of both VanVleet and Gary Trent Jr,” wrote ESPN’s Tim Bontemps. “Before the season, sources said Toronto offered VanVleet the full amount it could in an extension off his current contract: four years and $114 million, per ESPN’s [Bobby] Marks.

“VanVleet told reporters after Toronto’s win Sunday that both sides agreed to wait, in part because VanVleet has the ability to sign the extension anytime between now and June 30 if he turns down his player option for next season.

“But one thing is clear: VanVleet believes he’s worth more than what Toronto can currently give him.”

VanVleet spoke about the matter.

“Without going too far into it…[I’m] just trying to put myself in a good position business-wise, and not take an extension on a deal that was made three or four years ago,” VanVleet told ESPN.

“I felt like I’ve outplayed that contract thus far. So just trying to get myself in a position to put the cards in their hands. They got to make a decision from an organization standpoint.

It’s worth noting that on Sunday, VanVleet denied being offered that $114 million extension before the season started.

“I will never speak on my free agency or contract negotiations, especially conversations between me and management, so it certainly didn’t come from me,” VanVleet said. “But I was never made a formal offer.”

It seems clear that VanVleet wants to stay with the Raptors. Whether or not that wish comes true remains to be seen. The 28-year-old has become one of the faces of Toronto’s franchise since he joined the team several years ago.

Unfortunately for seventh-year pro, he’s struggling this season, which probably won’t help him gain leverage in contract talks. He’s shooting just 37.7 percent from the field and 32.9 percent from deep in the 2022-23 campaign.

His woes haven’t helped the struggling Raptors. Toronto entered the season with high hopes, but with 40 games in the books, the team is six games under .500 at 17-23.

NBA fans certainly know what VanVleet is capable of. Just last season, he earned an All-Star selection by averaging 20.3 points, 4.4 rebounds and 6.7 assists per game. He also helped the team win its first NBA title in franchise history in 2019.

That’s the player the Raptors will hope to see over the remainder of the 2022-23 season. Toronto could still sneak into the postseason with a strong second half.

As for VanVleet’s future, it sounds like Raptors fans will have to wait a little longer before an answer comes into focus.