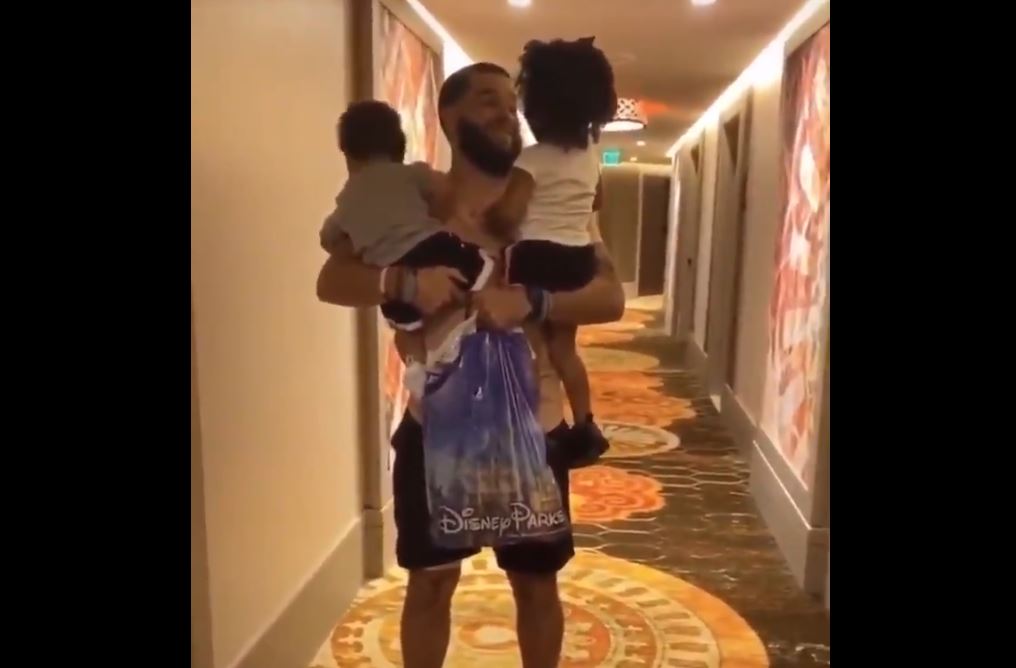 Toronto Raptors guard Fred VanVleet was reunited with his kids in the NBA’s Orlando, Fla. bubble, and it may be the most adorable thing you see all day.

VanVleet has been a key piece for Toronto all season. He helped lead them to the No. 2 seed in the Eastern Conference this postseason.

Last season, VanVleet struggled at the beginning of the postseason before his son was born on May 20.

However, after his son was born, VanVleet went on a tear. Over his last nine playoff games he scored 132 points, good for 14.7 points per game.

His performances on both ends of the floor in the NBA Finals helped the Raptors capture their first-ever NBA title.

On Sunday, the Raptors took a tough loss at the hand of the Boston Celtics in Game 1 of their second-round playoff series.

VanVleet was awful, shooting just 3-for-16 from the field and scoring 11 points in the loss.

However, Raptors fans can only hope that VanVleet will be rejuvenated for the rest of the postseason now that he is back with his family.