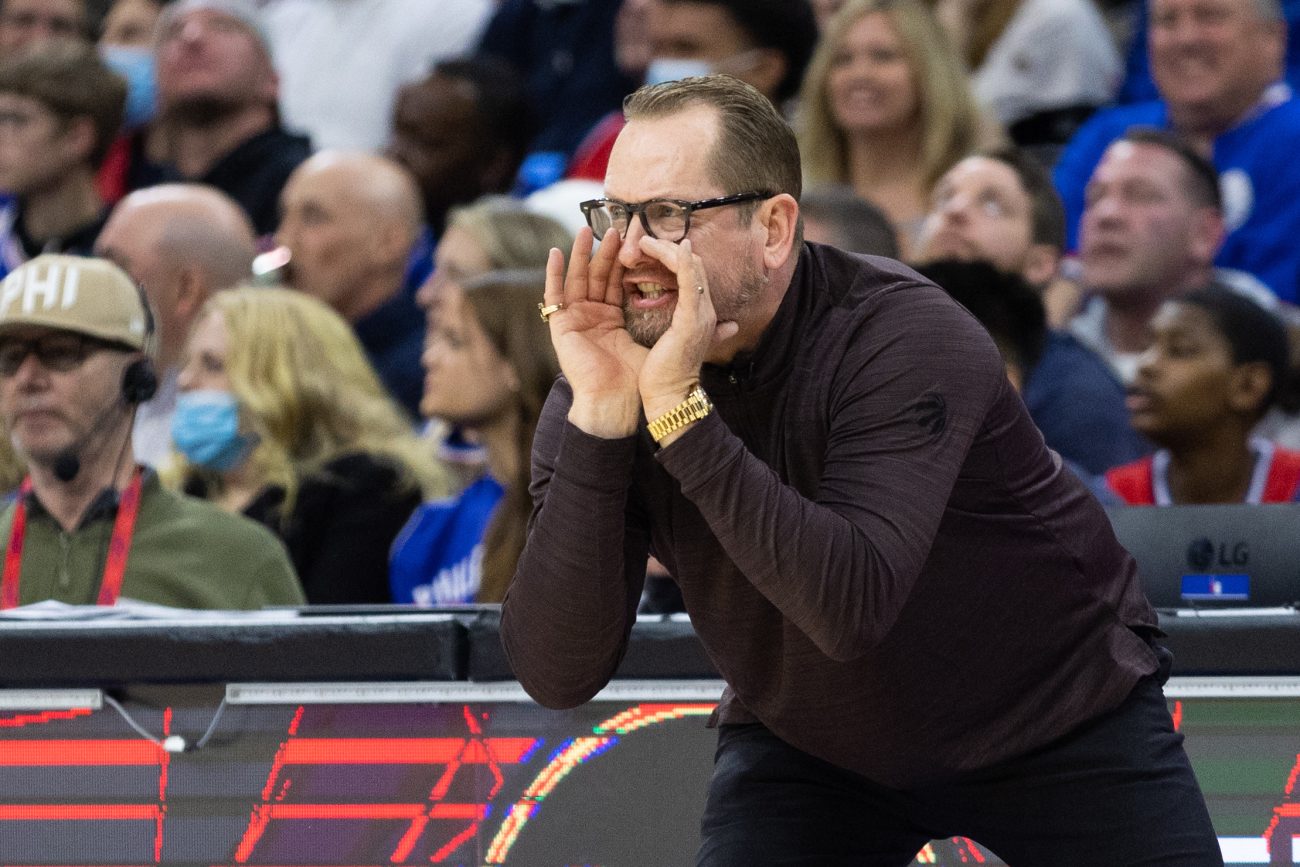 The Toronto Raptors have their backs against the wall in their first-round series against the Philadelphia 76ers, as they are down 3-0 heading into Game 4.

Despite the Raptors facing improbable odds to come back and win the series, Raptors head coach Nick Nurse offered a positive outlook when looking at the team’s deficit.

While Nurse may think his team can erase the deficit, the Raptors have not played up to par in the first three games of the series.

Toronto came close to beating the Sixers in Game 3 in Toronto, but Joel Embiid hit a 3-pointer late in overtime to lift Philly to a win.

The Raptors have had to deal with an unfortunate ankle injury to rookie Scottie Barnes, who hasn’t played since Game 1 of the series.

In order to come out on top in the series, the Raptors would need to win two games in Toronto and two games in Philadelphia, including a Game 7.

That’s a tall order, but Nurse has shown that he is one of the better coaches in the NBA, winning a title with the Raptors during the 2018-19 season.

For Toronto to truly have a chance, it is going to need to rely on guard Fred VanVleet and forward O.G. Anunoby to carry the load offensively.

Anunoby is averaging 24.0 points per game so far during the series while VanVleet has struggled throughout the first three games.

The All-Star guard will need to step his game up if the Raptors want to keep their playoff hopes alive.