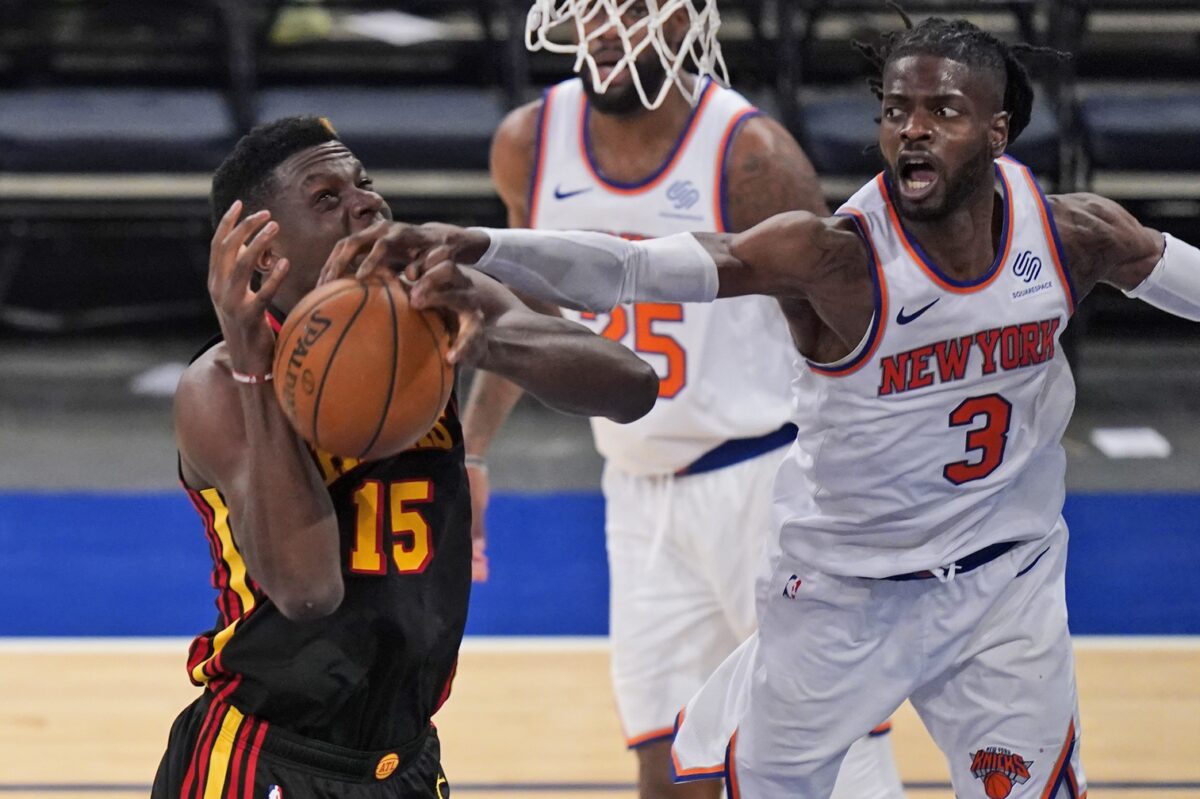 Noel is set to become an unrestricted free agent this offseason.

“A couple of teams have Nerlens Noel on their free agency radar,” Michael Scotto said on a recent episode of the HoopsHype podcast. “Among those teams, the Sacramento Kings and the Toronto Raptors, I’m told. Regarding Sacramento, it depends on what happens with their free-agent center, Richaun Holmes. … The Knicks also remain interested in potentially re-signing Noel as a guy who was pretty instrumental in their defensive ranking as a team during the season. It seemed like a match made in Heaven with coach Tom Thibodeau.”

Noel certainly isn’t the flashiest player in the NBA, but he does quietly bring a lot of value to the table. On the defensive end, Noel uses his 6-foot-11 frame to wreak havoc on opposing players.

Offensively, Noel brings most of his value on the offensive glass. In the 2020-21 season, he averaged just 5.1 points per game, but he added an average of 6.4 total rebounds and 2.2 offensive rebounds per game.

There are plenty of fringe playoff contenders who could use some help in the frontcourt, and the Kings and Raptors make a lot of sense as potential suitors for him.

Sacramento could potentially lose both Holmes and Hassan Whiteside to free agency this offseason. Toronto, meanwhile, could lose big man Khem Birch. For both teams, those are all key players.

With the Knicks also seemingly interesting in bringing Noel back, the sweepstakes for the 27-year-old could end up being more competitive than expected.