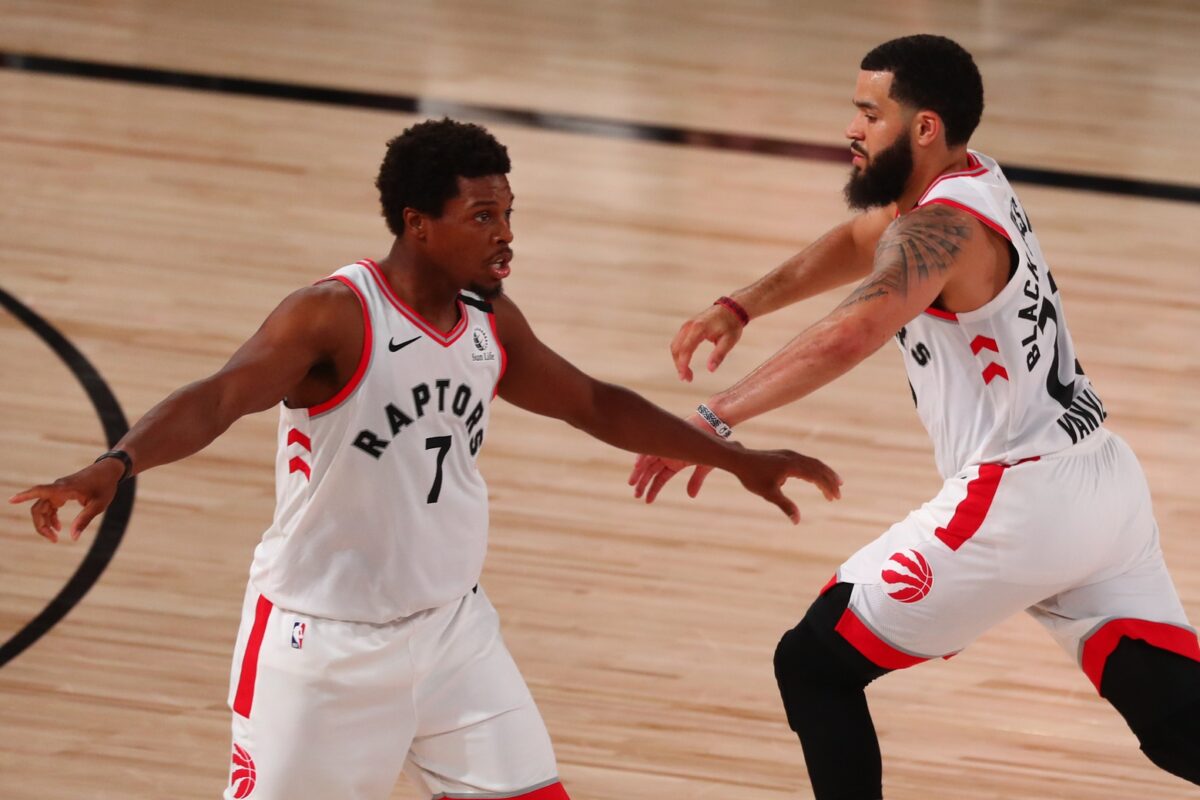 Kyle Lowry is the heart and soul of the Toronto Raptors, but the veteran point guard recently admitted that he has not spoken to the team about his future past the 2020-21 NBA season.

Lowry says he hasn’t talked about to the organization about his future past this year …. focus is on winning a title this year.

Lowry is on the last year of his current contract and is scheduled to make just over $30 million this season.

Though he is already 34 years old, Lowry has proven the ability to remain a positive force on the court. Last season, the six-time All-Star averaged 19.4 points, 7.5 assists and 5.0 rebounds per game.

Moreover, he is the unquestioned leader of a team that has lost quite a few key pieces from its championship roster from 2019.

With that in mind, the Raptors did just sign 26-year-old guard Fred VanVleet to a four-year, $85 million contract this offseason.

The move has many wondering if the Raptors are ready to move on from Lowry. If that proves to be the case, there is little doubt that he will have many suitors next summer.