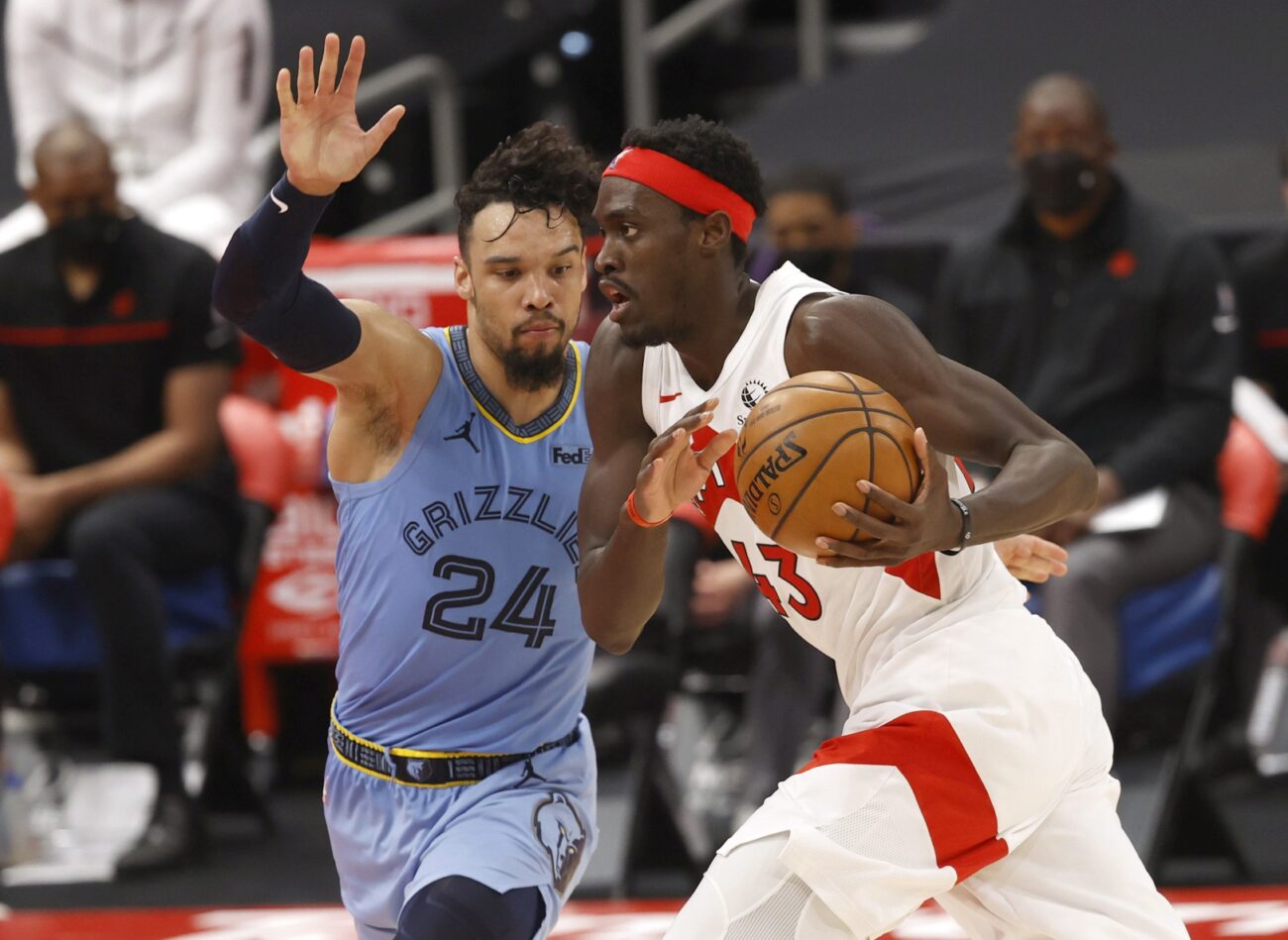 According to a report, the Toronto Raptors may keep forward Pascal Siakam around for the time being.

“Do the Raptors actually want to move Siakam?” wrote Sam Amick of The Athletic.

“Based on conversations with several people close to the situation in Vegas, I’d venture to say no — at least for now. They will continue to listen to the calls that come their way, which is no different from what the recently re-signed Masai Ujiri (now president and vice chairman) and general manager Bobby Webster have always done.”

Siakam has been at the center of a lot of rumors over the past few months after he underachieved in the 2020-21 season. At 27 years old, he still has a lot left in the tank, so he makes for an interesting trade candidate.

“But sources say Ujiri has recently made it clear to Siakam’s side that he’s not being shopped, and that there’s a clear basketball vision here for how these pieces — old and new — can work,” Amick continued. “Nonetheless, the combination of the changing Raptors landscape and that well-chronicled friction with coach Nick Nurse last season had led many to believe Siakam’s days were numbered there.”

At that time, the most exciting part of his game was the evolution of his 3-point shot.

His growth in that department dissipated in the 2020-21 season. He made just 29.7 percent of his shots from deep. Still, he posted solid averages of 21.4 points, 7.2 rebounds and 4.5 assists per game.

If the 27-year-old wants his narrative to change, he’s going to have to work on his outside shot. If it becomes a consistent part of his game, he could eventually become an elite frontcourt piece.

For now, it looks like he is going to find himself with the Raptors.