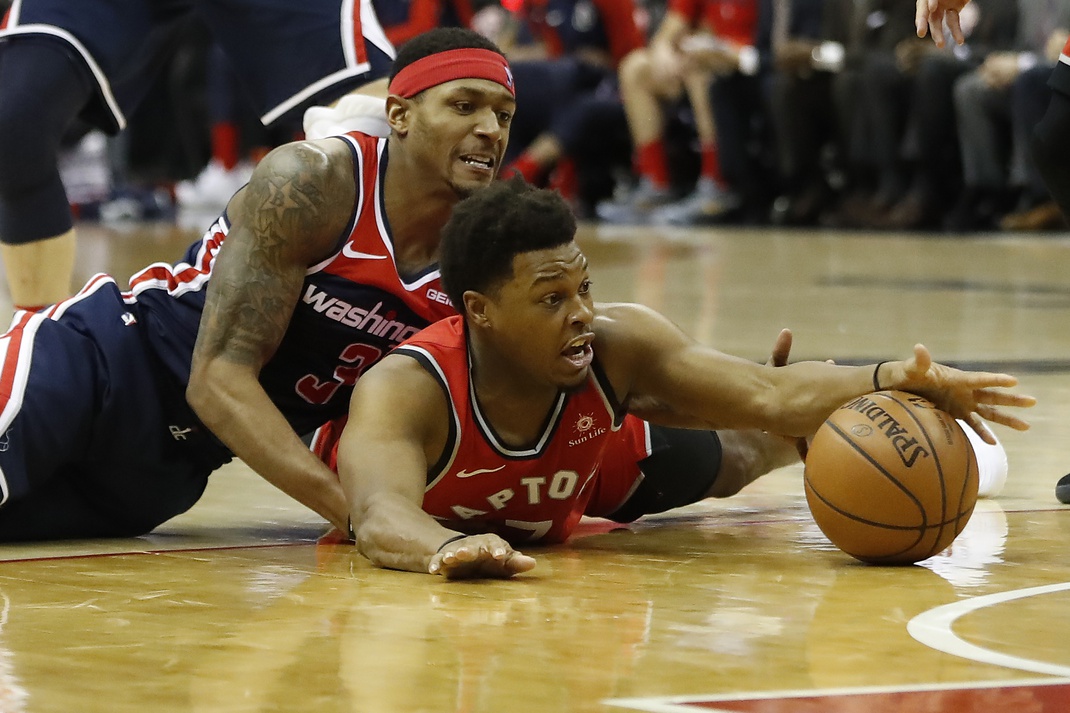 The Toronto Raptors ended up not trading point guard Kyle Lowry before the 2021 trade deadline.

Apparently, Raptors president Masai Ujiri believes the team, who is interested in Washington Wizards superstar Bradley Beal, can be competitive next year.

“One league source told me the sleeper team to watch in a Beal bidding war is the Raptors,” wrote Kevin O’Connor of The Ringer. “This source said Toronto president Masai Ujiri was reluctant to deal Lowry because he believes the team can contend again as soon as next season. At that point, the Raptors will likely be back in a normal rhythm and playing in Canada after spending all of this season in Tampa.”

Lowry, 35, was widely expected to be moved to another team before the trade deadline.

After all, the Raptors look like they’re gonna miss the playoffs this season. The team holds 18-28 record.

However, it appears Ujiri held onto Lowry because he believes there is a window to be elite in the future. The team does, in fact, have some title pedigree after winning it all a couple years ago.

Although the Raptors didn’t rebound from Kawhi Leonard’s departure, they could return to competitiveness by adding a titan of Beal’s caliber.

Yet, the Wizards have an awful 16-28 record. Beal could finally request a trade this offseason if the Wizards don’t turn it around in the near future. The Raptors look like they will be ready to acquire his services.