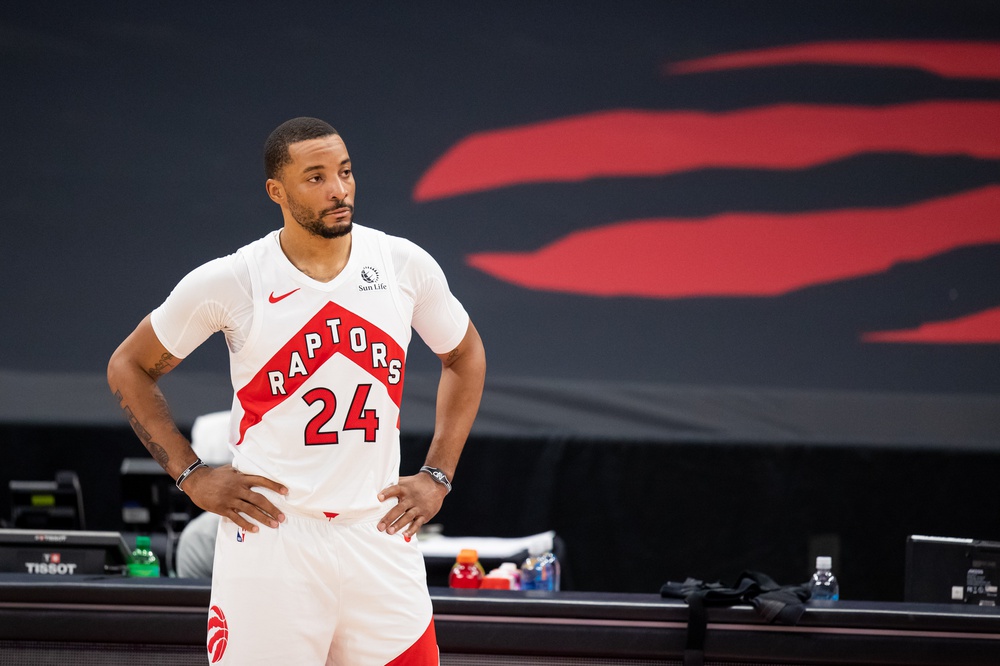 With the NBA trade deadline approaching, the rumor mill is heating up.

“Whether the Toronto Raptors emerge as buyers, sellers, or inactive ahead of the March 25 trade deadline, Norman Powell remains a constant subject of interest,” wrote Arun Srinivasan of Yahoo Sports.

“Powell continues to be an attractive trade target with a $10.865 million base salary and $11.6 million 2021 player option that he will almost certainly decline, as he’s widely expected to find a more lucrative deal on the open market.

Powell, 27, is in his sixth season in the NBA. He was a nondescript player in his first few seasons, but lately he has emerged as an impact player on the offensive end.

So far this season, he’s averaging 19.0 points per game while hitting 43.5 percent of his 3-pointers.

He seems like the type of player who could provide some extra offensive pop for a team that’s looking for one more piece to put it over the top as far as being a contender.

The Raptors may have other personnel decisions to make. Veteran guard Kyle Lowry is in the final year of a hefty contract and has reportedly attracted interest from multiple teams.