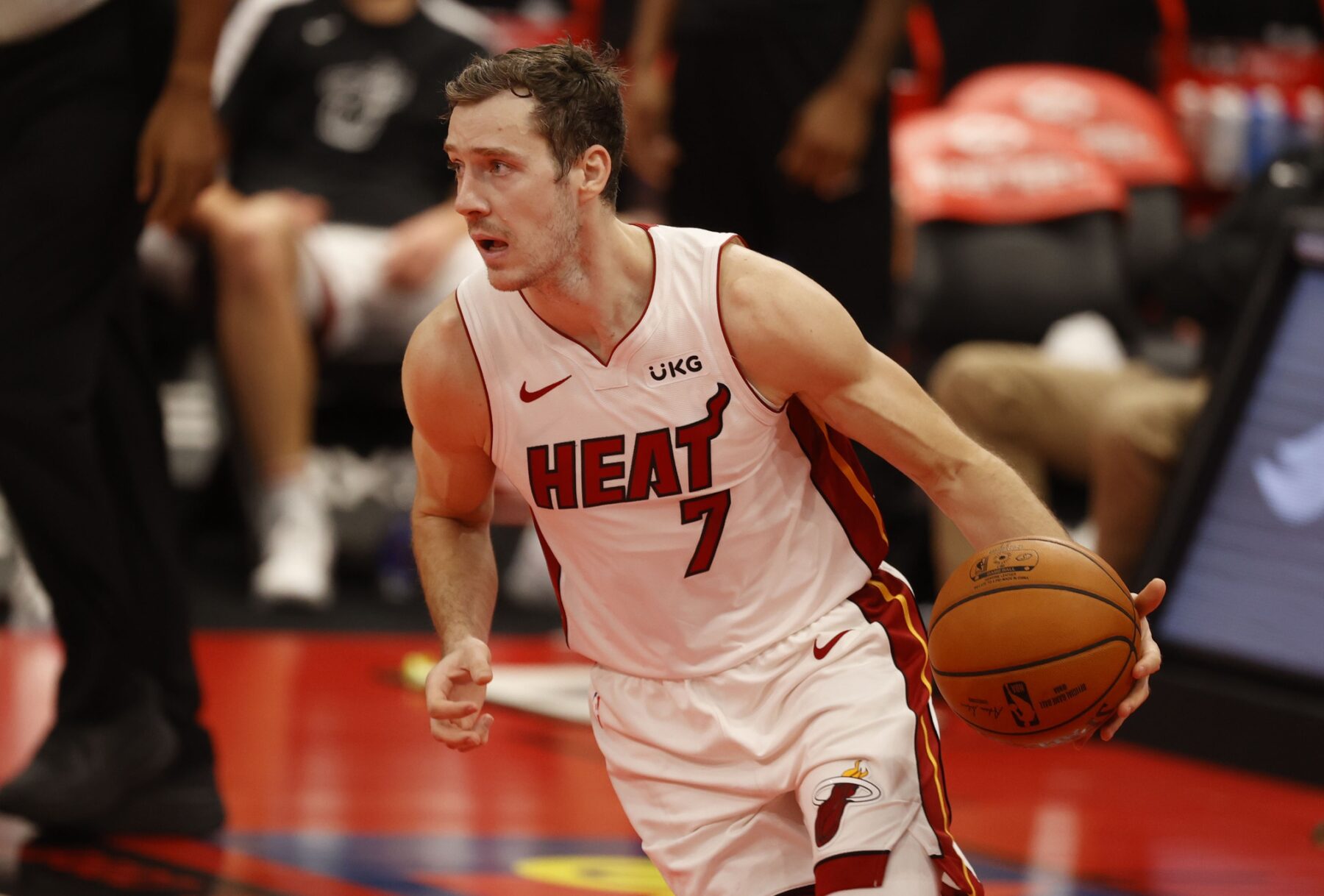 After acquiring veteran guard Goran Dragic, the Toronto Raptors are reportedly not open to either trading him or buying him out.

“The Raptors might ultimately trade Goran Dragić after completing their sign-and-trade deal with Miami that will send Kyle Lowry to the Heat, but they have resisted external interest in Dragić thus far, league sources say,” wrote Marc Stein. “Dallas, I’m told, is among the teams that has tried to acquire him via trade and remains interested in acquiring Dragić after missing out on Lowry. Toronto appears to have other plans for now — which certainly don’t include buying him out. In the wake of Dragić’s emotional Miami exit, Dallas is obviously an appealing destination since it would team him with his fellow Slovenian Luka Dončić.”

Dragic was acquired along with young prospect Precious Achiuwa in return for Kyle Lowry, who was a free agent and looking for a new, sizable contract.

The Slovenian native is coming off a productive season during which he averaged 13.4 points and 4.4 assists per game while hitting 37.3 percent of his 3-point attempts.

However, he is 35 years of age, so it remains to be seen if he will actually wear a Raptors uniform this coming season.

Toronto has been rebuilding ever since Kawhi Leonard left the team shortly after winning the 2019 NBA championship.

It has some good young players such as Pascal Siakam and Fred VanVleet, but it had a horrible season in 2020-21 where it finished just 27-45.

If the Raptors do decide to move on from Dragic, he could have some value for a contending team that is looking for that one final piece.