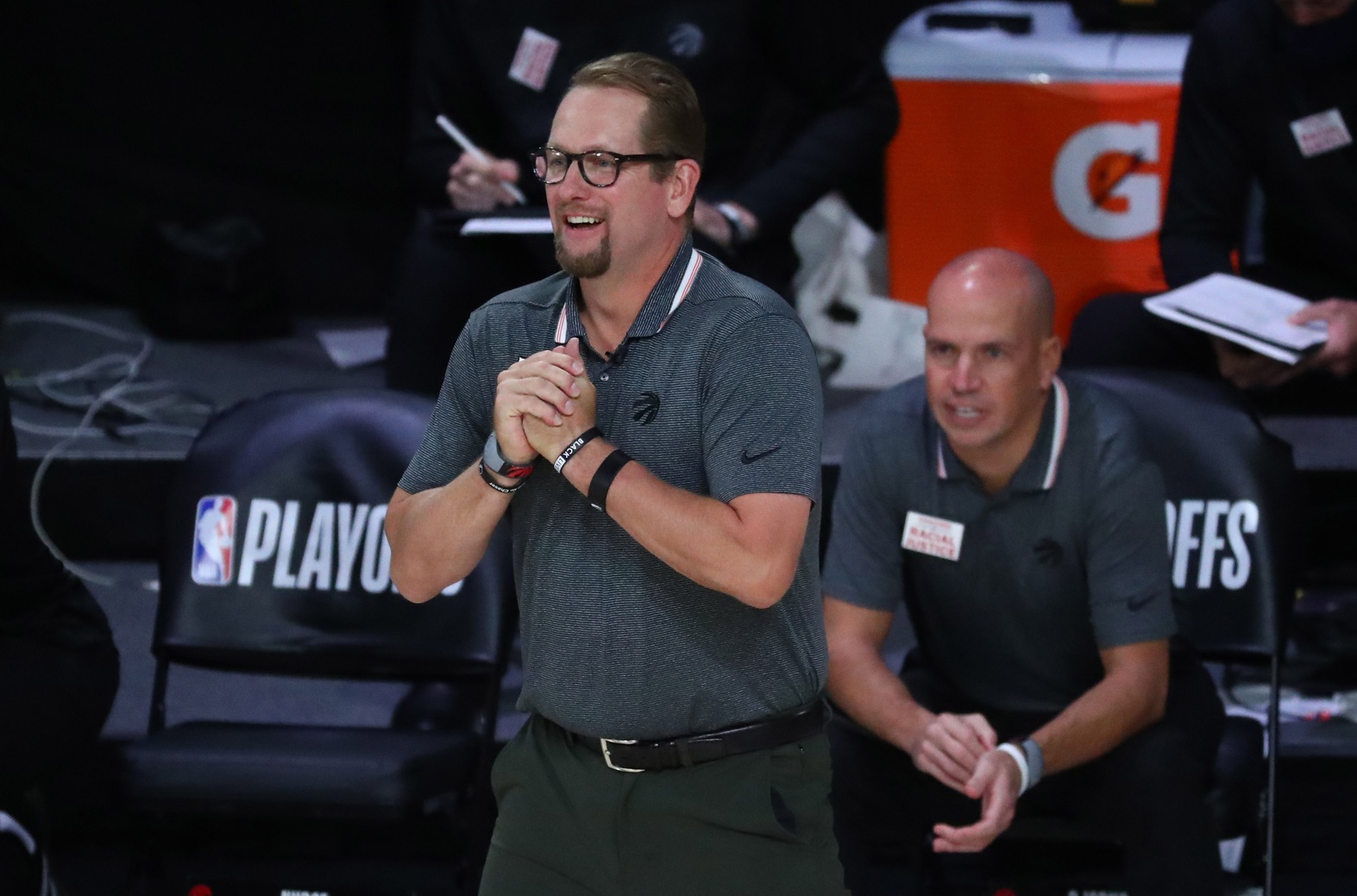 The team made an announcement regarding the extension as the news broke.

“Our confidence in Nick just continues to grow, and part of that comes from what we’ve experienced together,” Raptors president Masai Ujiri said in a statement. “The past two seasons have been unlike any other in our team’s history – first, winning our championship, and then navigating a global pandemic and committing long-term to the fight against racism and for social justice.

“Nick has proved that he can coach on the court and lead in life, and we’re looking forward to accomplishing great things in the future.”

Nurse was named the 2019-20 NBA Coach of the Year and led the Raptors to the second round of the playoffs.

In Nurse’s first year as the head coach of Toronto, the Raptors won their first title in franchise history.

Despite losing superstar Kawhi Leonard in free agency this past offseason, Nurse was able to coach Toronto to the second-best record in the Eastern Conference.

While they were eliminated by the Boston Celtics in the second round, Toronto was able to force the series to go seven games after starting in an 0-2 hole.

Nurse, 53, has a regular season record of 111-43 in his first two seasons leading Toronto.

The Raptors are smart to lock up one of the best young minds in the NBA.