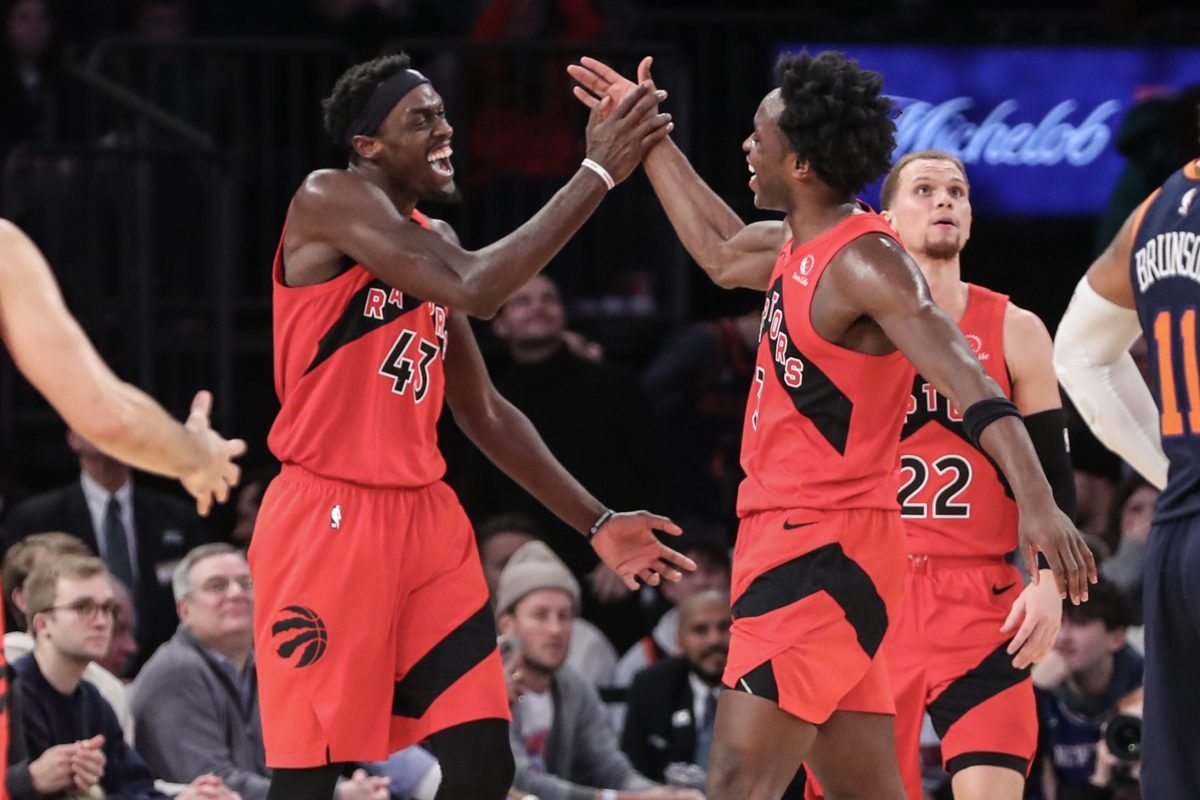 It seems as though Toronto Raptors stars Pascal Siakam and O.G. Anunoby have a lot of trade value right now.

Toronto has gotten off to a slow start in the 2022-23 campaign, sitting in the No. 12 spot in the Eastern Conference with a 16-21 record. The team isn’t on the verge of blowing up its roster, but if it did, the returns on two of its best players would likely be huge.

“Or maybe they go all in and consider trading Siakam and Anunoby for what would likely be massive returns of picks and young talent,” Sportsnet’s Michael Grange wrote. “‘A s—load’ was the ballpark estimate provided by one league insider.”

The Raptors could decide to trade one or both of the players to build more around reigning Rookie of the Year Scottie Barnes, but that would put the team in something of a rebuilding phase.

Last season, Toronto made the playoffs in the East, but it was knocked out in the first round by the Philadelphia 76ers.

Siakam is in the middle of one of the best seasons of his NBA career, averaging 26.5 points, 8.3 rebounds and 6.7 assists per game while shooting 48.5 percent from the field. A one-time All-Star, Siakam could help a lot of teams this season and beyond, so Toronto would need to get a ton in return for him.

Anunoby is a similar case in the sense that a number of contending teams would surely love to have him. He is averaging a career-high 18.6 points per game this season while shooting 47.1 percent from the field and 35.3 percent from 3-point range.

Siakam is under contract with Toronto through next season. The same goes for Anunoby, but his deal also carries a player option for the 2024-25 campaign.

The Raptors have a young cornerstone in Barnes, but moving Siakam and/or Anunoby would certainly set the franchise back a bit. The Raptors have lost seven of their last 10 games. They’ve struggled on the road this season, going just 5-13 in 18 contests away from home.

Toronto has made the playoffs in eight of the last nine seasons and won an NBA title in the 2018-19 campaign.

As the trade deadline approaches in the NBA this season, the Raptors’ plans for Siakam and Anunoby should become a bit clearer.